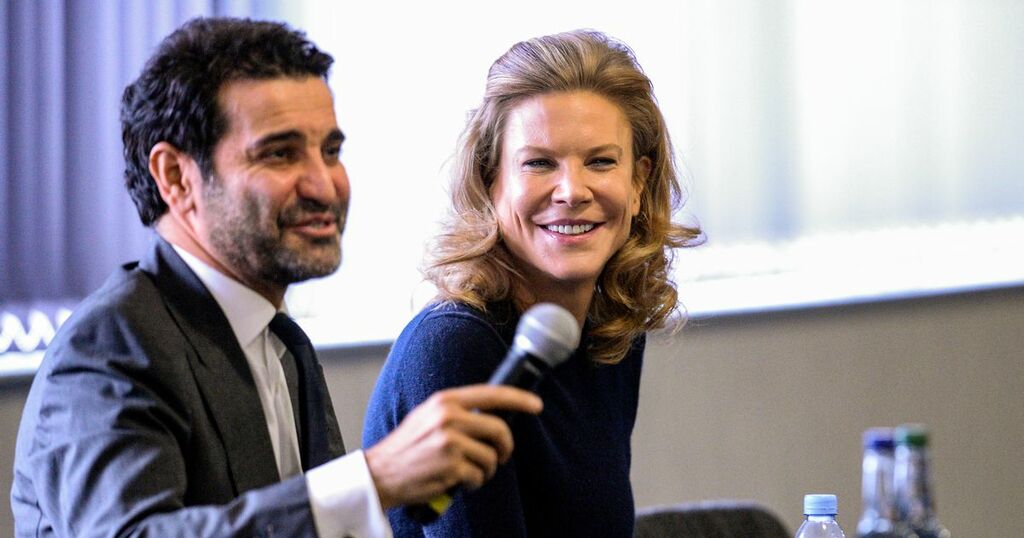 The £300m takeover of Newcastle United by a Saudi-backed consortium was confirmed by the Premier League earlier this week, making the club the richest in English football.

Following the departure of former owner Mike Ashley, Newcastle’s new owners have already set their sights on challenging for major honours with the North East club.

Amanda Staveley, a name familiar to Liverpool fans , helped broker the deal and outlined their ambitions after the completion of the deal, calling Newcastle “the best team in the world”:

DANIEL STURRIDGE: The inside story of the Liverpool striker's ups and downs from those who know him best

“Newcastle United deserves to be top of the Premier League. We want to get there. It will take time, but we will get there,” Staveley told Sky Sports .

“We want to see it get those trophies, obviously. At the top of the Premier League, in Europe, but to get trophies means patience, investment, time. We want everybody to work with us to build the club towards what it needs to be.”

However, the club currently sit 19th in the table under Steve Bruce and due to the constraints of Financial Fair play, the Magpies’ squad overhaul will have to be a gradual one .

Given the long-term nature of the project laid out by Newcastle’s owners, the Liverpool ECHO has taken a look at some Liverpool players that the club could target over the next few transfer windows, whose total value is £47.25m according to Transfermarkt.

The 22-year-old ‘keeper has impressed whenever called upon by Jurgen Klopp, establishing himself as second-choice to Alisson Becker last season, ahead of Adrian.

Kelleher started against Ajax in the Champions League last season, following an injury to Alisson, and later kept a Premier League clean sheet against Wolves in December 2020.

It is clear that Liverpool rate the Republic of Ireland international highly, having recently signed a contract until 2026, but with Alisson also committing his future to the Reds, Newcastle may want to tempt the Irish international with an offer.

Phillips made 21 appearances across all competitions and earned cult status among the Anfield faithful for his love of heading the ball clear - but is yet to play this season despite signing a new contract in the summer.

Having been linked with a move throughout the summer, he is valued at £7.2m by Transfermarkt and Newcastle could be a viable option for the 24-year-old.

The England international is the most senior player to appear on this list, aged 28 and is estimated to be worth £16.2m.

Though Oxlade-Chamberlain made a huge contribution in Liverpool’s title-winning season, amassing 30 appearances, a combination of injuries and squad depth has limited his progress in recent years.

With the emergence of Curtis Jones and Harvey Elliott adding to his competition in the middle of the park, the Magpies may view him as someone they could bring to St. James’ Park.

Having already had one spell away from Anfield on loan at Southampton last season, the Japan international may be a potential target for the North East side, valued to be worth £10.8m

Though he is likely to be more heavily relied upon by Jurgen Klopp in this campaign, with Mohamed Salah and Sadio Mane expected to compete in the Africa Cup of Nations, Minamino would face lesser competition for a starting berth at Newcastle.

A hero of the Kop, following his role in Liverpool’s journey to their sixth European Cup, his place in the club’s history is assured.

However, Origi was available to leave this summer, valued the same as Minamino by Transfermarkt, with Newcastle among the clubs rumoured to be interested, and Jurgen Klopp admitted his surprise at the lack of offers for the Belgian forward:

"To be 100 percent honest, I thought he would leave in the summer, but the football world is a crazy place and obviously people forgot how good he is,” he said, after selecting the 26-year-old to start against AC Milan in the Champions League.