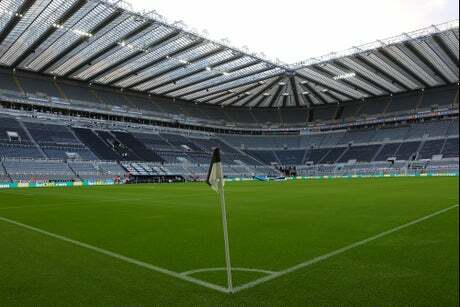 Newcastle United’s £305million takeover by a Saudi-led consortium has now been approved and completed, the Premier League confirmed on Thursday evening.

In a statement, the top-flight said they had received “legally binding assurances” that the Kingdom of Saudi Arabia will not control Newcastle, with the acquisition now signed off after the completion of the Premier League’s Owners’ and Directors’ Test.

“The Premier League, Newcastle United Football Club and St James Holdings Limited have today settled the dispute over the takeover of the club by the consortium of PIF, PCP Capital Partners and RB Sports & Media,” the Premier League said.

“Following the completion of the Premier League's Owners' and Directors' Test, the club has been sold to the consortium with immediate effect.

“The legal disputes concerned which entities would own and/or have the ability to control the club following the takeover.

“All parties have agreed the settlement is necessary to end the long uncertainty for fans over the club’s ownership.

“The Premier League has now received legally binding assurances that the Kingdom of Saudi Arabia will not control Newcastle United Football Club.

“All parties are pleased to have concluded this process which gives certainty and clarity to Newcastle United Football Club and their fans.”

Confirmation quickly followed from Newcastle, who announced that PIF governor Yasir Al-Rumayyan will serve as non-executive chairman at the club, with PCP Capital Partners chief executive Amanda Staveley taking a seat on the board and RB Sports & Media representative Jamie Reuben also a director.

"We are extremely proud to become the new owners of Newcastle United, one of the most famous clubs in English football,” said Yasir Al-Rumayyan.

"We thank the Newcastle fans for their tremendously loyal support over the years and we are excited to work together with them."

Staveley added: "This is a long-term investment. We are excited about the future prospects for Newcastle United.

"We intend to instill a united philosophy across the Club, establish a clear purpose, and help provide leadership that will allow Newcastle United to go on to big achievements over the long term.

"Our ambition is aligned with the fans – to create a consistently successful team that’s regularly competing for major trophies and generates pride across the globe."