Newcastle takeover: a guide to the new key figures at St James' Park 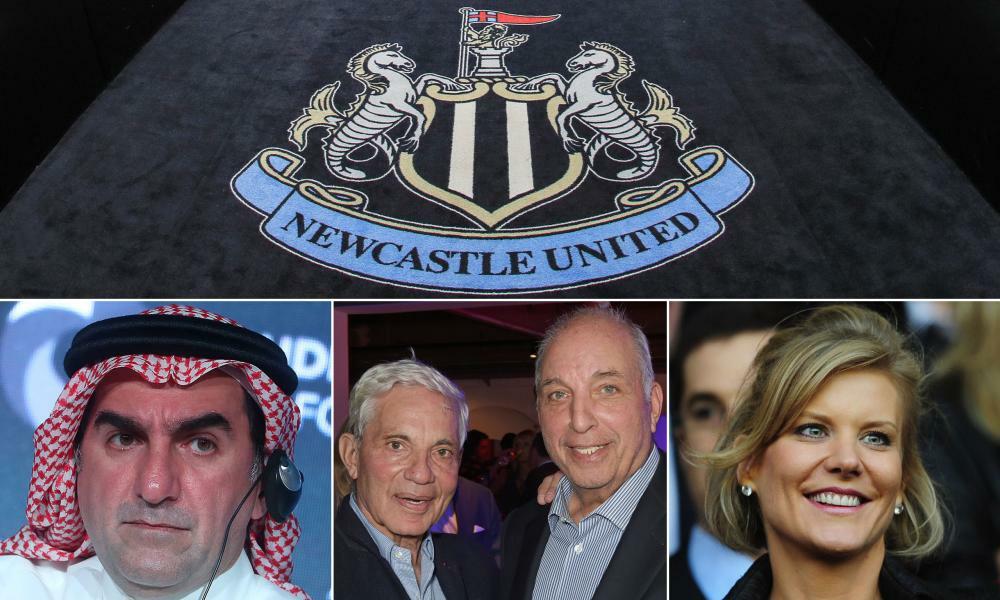 The golf-obsessed former banker ranks as one of the most influential figures in Saudi Arabia beyond the royal family and will, as nonexecutive chairman, be the key Saudi figure in Newcastle’s boardroom.

Rumayyan was the choice of Crown Prince Mohammed bin Salman (MBS) to run the country’s Public Investment Fund (PIF). Six years ago he swapped life as an investment banker for a role which involves implementing Saudi Vision 2030, a modernisation initiative intended to wean the kingdom off its traditional dependency on oil revenues by diversifying into spheres including tourism and, now, Premier League football.

It is thought unlikely Rumayyan will relocate to Newcastle. He will delegate day-to-day running of the club while making occasional visits. Considering his roles include governing PIF, chairing Saudi Aramaco, the state oil company, and serving on company boards including those of Uber and a Japanese bank, the appointment of a hands-on, Tyneside-based chief executive seems imperative.

The Harvard Business School graduate’s existing commitments have seen him resort to a golf simulator to protect a 12 handicap. PIF has already invested in Britain through Babylon Healthcare, which is helping develop artificial intelligence for use in the NHS.

The North Yorkshire-born millionaire financier has assumed a 10% stake through her company PCP Capital Partners. Initially at least, Staveley is likely to assume a central, highly visible role. Currently she divides her time between Dubai and London but that may change now that Staveley has a seat on the board at Newcastle, where her young son Alexander is likely to become a familiar face in the stands. Among the first tasks will be headhunting a chief executive to replace the apparently departing managing director Lee Charnley. Newcastle’s former chairman Chris Mort – who is leading Staveley’s legal team – is understood to have turned down an offer to return as chief executive.

The 48-year-old Staveley, who turned down a marriage proposal from Prince Andrew, has been described as possessing the “charm and cunning of an old-colonial diplomat plus the brains of a double-first nuclear physicist”. Those were the words of the Merseyside-based journalist and author Brian Reade when he described Staveley’s failed attempts to broker a deal to buy Liverpool.

She first aired a potential buyout of Newcastle while a guest on Prince Mohammed’s £440m yacht, Serene, in the Red Sea in October 2019. Staveley has been attempting to buy Newcastle from Mike Ashley for years, with the departing owner calling her a “time-waster” in 2017.

The Cambridge University dropout – she had been studying modern languages – and former Newmarket restaurater – where she first met key figures in the Arab world – runs PCP Capital Partners. She has secured strong contacts – and rare trust – in Gulf circles and played a part in Abu Dhabi’s 2008 purchase of Manchester City.

Staveley’s landowner father established Lightwater Valley, a theme park near Ripon. It houses Europe’s longest rollercoaster but the ride on offer in North Yorkshire could well pale into insignificance alongside the journey she has just strapped herself in for at St James’ Park.

Enigmatic British siblings Simon and David rank among the world’s richest men – the 2021 Sunday Times Rich List placed them joint second in the UK on £21.465bn – and have extensive property empires in central London and Newcastle. They have a 10% holding in the club. Jamie Reuben, David’s 34-year-old son, has joined Newcastle’s board.

Simon and David, born in Mumbai to Iraqi Jewish parents with an extensive business empire in Baghdad and India, have long been domiciled in the UK where they began their careers in scrap metal – at one point they were known as “Metal Tsars” in Russia where they dominated the aluminium industry – and carpets respectively. Wary of both publicity and debt, David and Simon moved to Britain with their mother in the 1950s. They now concentrate largely on property and own four miles of seafront development in Ibiza, large tracts of London’s Mayfair, Millbank Tower and large swathes of central Newcastle as well as the city’s racecourse and three golf courses. They remain involved in redevelopment projects on Tyneside.

Jamie Reuben resigned his directorship at QPR in October 2020 and will assume a hands-on boardroom role. Reuben Brothers has a philanthropic foundation concentrating on healthcare and education. It founded the Nancy Reuben primary school, an independent Jewish school in north London, in honour of their mother, and has donated £80m to Oxford University.