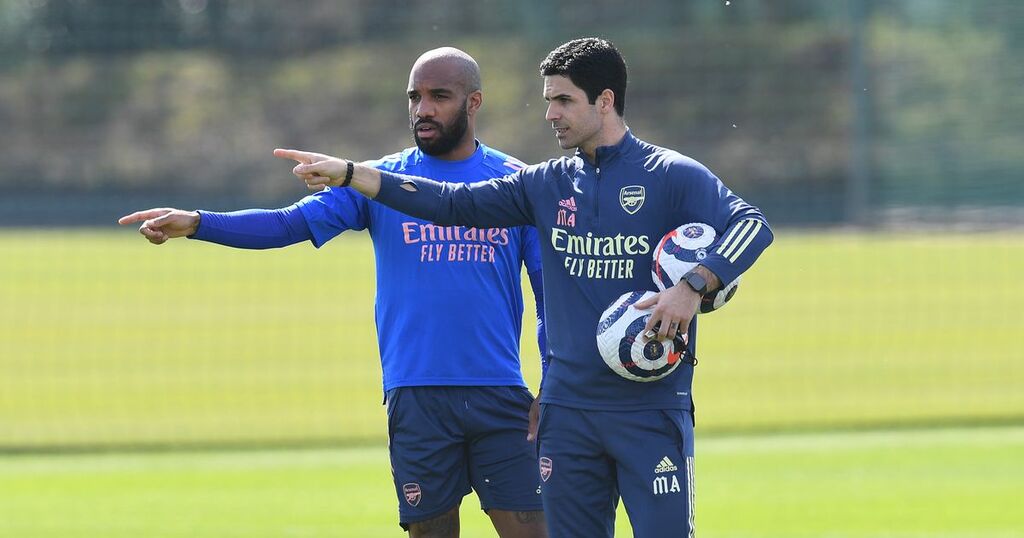 Welcome to our football.london The Arsenal Way daily news round-up. Maybe not the first, we've definitely done transfer round-ups before, and European round-ups, so I guess in some ways it's not that new at all. Anyway, we thought we would enter the world of football in a broad and roundabout manner for you and have some fun with some of the stories and captions doing the daily rounds.

Arsenal are weighing up the prospect of beginning a shock transfer pursuit for former Gunner Alex Oxlade-Chamberlain from Liverpool, report The Sun.

The 28-year-old midfielder spent six years at London Colney before swapping the Emirates for Anfield in 2017 for a deal valued at around £35 million.

However, Oxlade-Chamberlain has struggled for game time in Merseyside due to a combination of injuries and strong competition for places, making just 109 appearances.

The former Gunner hit the ground running at Liverpool but suffered a ruptured cruciate ligament injury to the end of his first season, keeping him out of action for almost a year.

The report claims that Oxlade-Chamberlain, whose contract expires in 2023, is starting to feel he needs a fresh challenge and that the Reds will unlikely stand in his way following the emergence of youth prospects like Curtis Jones and Harvey Elliott.

Inter Milan are confident of signing Arsenal striker Alexandre Lacazette, according to reports from Italy, via the Metro.

The 30-year-old's contract at the Emirates expires at the end of the season and could leave London Colney on a free transfer next summer should Arsenal not find Lacazette a move in January.

However, Inter are said to be interested in signing the France international in the January transfer window and are confident of completing the signing, with the Frenchman out of favour under Arteta.

The report also claims that the Milan-based outfit are keen on signing Gunners captain Pierre-Emerick Aubameyang, who has just over 18 months remaining on his deal at Arsenal.

Mikel Arteta and co are beginning to see the early consequences of Newcastle United's takeover as the Magpies eye a long-term target of the Gunners' Ralf Rangnick, according to The Telegraph.

The report claims that Newcastle are eyeing the arrival of FC Lokomotiv Moscow's head of sports and development for their own sporting director role.

Arsenal were linked with Rangnick nearly six months ago as a potential replacement for Arteta following the Spaniard's uncertain future, reported The Daily Mail.

Rangnick's potential appointment will come as a major blow to Arsenal in light of fans flooding social media expressing their concern that Newcastle could now leapfrog them in their pursuit of European qualification.

Aaron Ramsdale has been ranked above Premier League rival and UEFA goalkeeper of the year Edouard Mendy as the goalkeeper with the best save percentage across Europe's top five leagues.

The 23-year-old shot-stopper has recorded an astonishing 90% save percentage, before the likes of OGC Nice's Walter Benitez (88%), Chelsea's Mendy (87%) and former Arsenal goalkeeper David Ospina of Napoli (86%).

Ramsdale's newest feat earmarks his fantastic start to life at the Emirates following his blockbuster move from Sheffield United over the summer in a deal that could rise to £30 million.