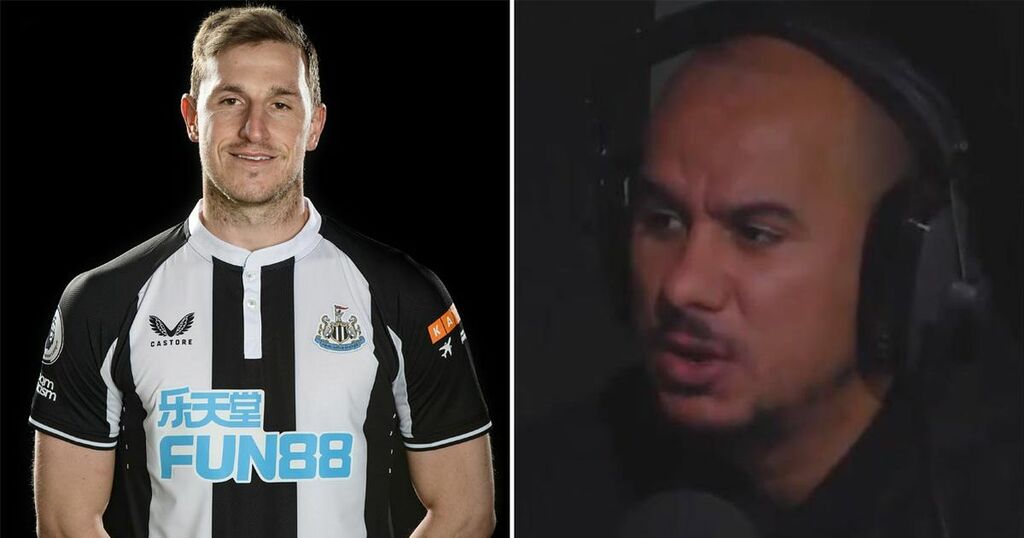 Few predicted the deal would go through before the window opened, although Newcastle manager Eddie Howe insists he's a "great fit" for the struggling side.

Wood, 30, had a decent record at Burnley, scoring 49 goals in 144 Premier League appearances. This season, though, he's found the back of the net just three times.

Many supporters are also shocked to see the Turf Moor outfit sell a striker to a relegation rival, with both teams languishing in the relegation zone on 11 points.

Is Chris Wood a good signing for Newcastle? Let us know in the comments below!

"It won't be a short-term basis, I'm sure it will be a three or four-year contract," predicted Agbonlahor on talkSPORT, with Wood eventually signing a two-and-a-half-year deal.

"I feel that Chris Wood, when he heard the news from his agent, probably thought he was joking.

"He's got three Premier League goals this season, 30 years old, a club who has £300billion worth from their owners. I think it's a strange, strange signing.

"There was talk of [ Arsenal star Pierre-Emerick] Aubameyang, there was talk of all these superstars and they've gone and got a striker who's got three goals. For me it's very, very strange and if I'm a Newcastle fan I want more."

Wood is Newcastle's second signing since a Saudi-backed consortium completed a takeover of the club in October.

Former Tottenham star Kieran Tripper, 31, was brought in from Atletico Madrid earlier this month and suffered a humiliating 1-0 FA Cup defeat to Cambridge United on his debut.

"Chris is an important signing for us at a crucial time and I'm very pleased we have been able to move quickly and bring him here," Howe defiantly told the club's website.

"He is a very dangerous attacking threat, has a physicality and character that I really like, and he has vast experience in the Premier League. He will be a great fit for us."

Wood is an experienced campaigner, making more than 500 professional appearances for club and country. He's previously played for a number of clubs in England, including Leicester, Leeds and Brighton.

"This is a very exciting opportunity for me and I'm delighted to be a Newcastle United player," added the striker.

"I have played at St. James' Park a few times and it's an amazing place, so to have the chance to represent this club with those incredible supporters behind me and my team-mates is very special.

"The club and manager have been first class during this process, and I really can't wait to get onto the pitch and repay the faith they have in me, especially with a vital part of the season ahead of us."

" West Ham are probably desperate to get him back, he was unbelievable for them. He’s got energy, he gets around the pitch and he’ll get on the end of things and score goals.

"Tarkowski, he’s been in England squads, he’s a good defensive player, strong, quick and a bit of a leader."

On the type of players Newcastle should sign, Lee added: "We don’t want players coming to Newcastle just for the money.

"But players who want to play for this club and play for these fans. If we get those types of players in, we’ll be okay... if Newcastle don't bring in any reinforcements, we'll go down."