Tarsha Hawley feels honoured and privileged to be part of the Netball NSW First Nations All Stars team for a second year and hopes one day to take a step further and represent Indigenous people at the elite level.

The Branxton 24-year-old goal attack is one of two Newcastle netballers in the First Nations side, which will play the Giants Academy as a curtain-raiser to the round-12 Super Netball clash between Giants and Adelaide Thunderbirds at Ken Rosewall Arena on Sunday.

Sixteen-year-old goal shooter and goal attack Tyra Jarrett is also in the team.

Hawley, who plays for West Leagues Balance in Newcastle championship and UTS Randwick Sparks in NSW Premier League, was in the NSW Swifts Academy last year.

"It's exciting and it really means a lot to me," Hawley told the Newcastle Herald. "I'm a proud Aboriginal woman and I'm from the Wongaibon tribe.

"That's everyone's dream - to play elite netball, and it's still one of my dreams. Every time you get out on court there's opportunity.

"So this weekend is an opportunity for me and I have been there in the Academy before so I'd like to get back into it and progress up the pathway."

This is the second year that Netball NSW has named an All Stars team, made up of the best Indigenous talent in the state pathway from both metro and regional areas.

"Last year we didn't get to train, we kind of just got thrown out there into the deep end and half of us hadn't played together," Hawley said.

"But this year we've had a few training sessions, so that's been good, and to get to know the girls as well. There's a few girls who aren't in premier league so it's really exciting for them to also showcase their talent. It's an experience for them. It's an opportunity as well."

Super Netball will celebrate First Nations Round across rounds 12 and 13. It focuses on raising awareness, celebrating and understanding the contributions of Aboriginal and Torres Strait Islander peoples to netball and the nation.

Hawley has also designed the artwork for the Swifts' First Nations dresses to be worn over the next two weekends.

"I designed the Indigenous bibs for premier league when they held their first Indigenous round a few years back," Hawley said.

"That was pretty exciting. Then I got asked last year if I was able to do the Swifts dress. So I did. I was asked again this year, which is also really exciting." 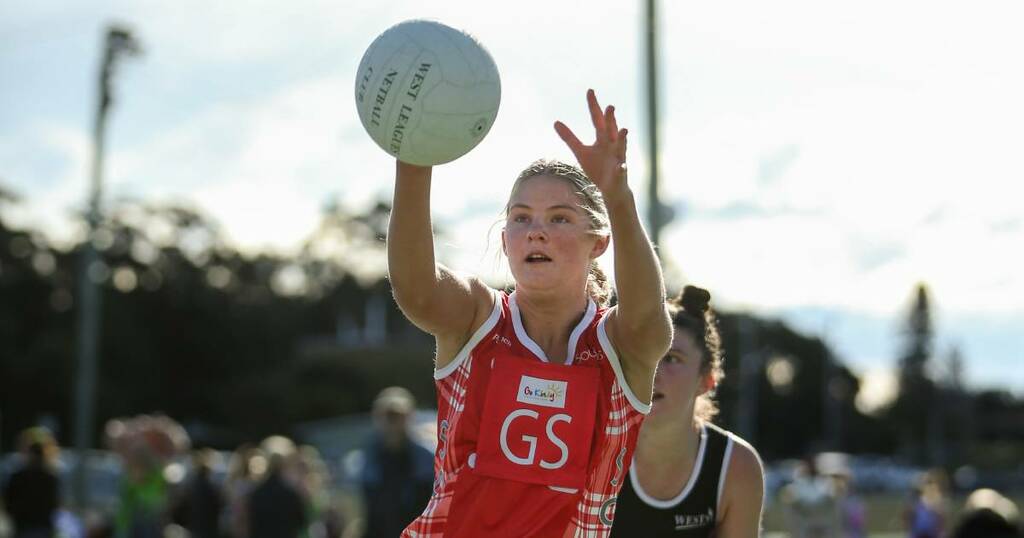 Newcastle Herald
One subscription that gives you access to news from hundreds of sites
Two years on from the Jemma Mi Mi incident, Super Netball is in a better place to celebrate First Nations Round

When Jemma Mi Mi was left off the court in Super Netball’s 2020 Indigenous Round, it sparked a national conversation…

ABC News
Snakes, goannas and stingrays: the kids dancing into NRL’s Indigenous round