HE has been a force of nature who has helped build a Newcastle empire over the past 27 years, but even Philip Gardner has a use-by date.

"At some stage I do have to go," the Wests Group and Knights chief executive told the Newcastle Herald this week. "I can't go on forever, unfortunately, although I would like to.

"I'm certainly not like [Sydney Roosters chairman] Nick Politis ... you get into your 60s and it's time to start thinking about smelling the roses, I would have thought.

"There's always the right time to leave, and you don't want to overstay it."

Gardner said he had a succession plan in place for both his roles but denied that he intended to sound full-time as early as the end of this NRL season.

"I've spoken to the [Wests] board, and we're working towards a long-term transition," he said. "I'll be here as long as I'm needed, or as long as it's in the best interest of all the businesses."

Gardner took over as CEO at Wests in 1995 when his predecessor, the redoubtable Bob Ferris, was approached by Super League to run the ill-fated Hunter Mariners.

Under Ferris, Wests had expanded from humble beginnings in 1960 to become the biggest and most successful licensed club in Newcastle. With Gardner at the wheel, the lone premises at New Lambton has transformed into a vast entertainment juggernaut incorporating a multitude of clubs, hotels, resorts and gyms.

"It took the club 32 years to get earnings of $10 million," Gardner said "That's all the money they retained in 32 years.

Undoubtedly the most significant acquisition Wests have made on Gardner's watch was the city's embattled NRL flagship in 2017.

Since the Knights were founded in 1988, a partnership with Wests had been widely regarded as a "dream ticket", but the latter had valid reason to be wary and regard the former as a bottomless money pit.

For 23 years, the Knights battled to stay afloat financially, prompting the club's members to vote in favour of Nathan Tinkler's 2011 privatisation bid, which proved to be a dismal failure.

Then followed three years of interim ownership under the auspices of the NRL, which delivered three consecutive wooden spoons.

Eventually the governing body approached Wests, cap in hand, and offered to sell them the Knights for $1, on the proviso that they contributed $10 million towards a Centre of Excellence, matched dollar-for-dollar by the state government.

Wests members voted 93 per cent in favour and the takeover proceeded.

"We made a commitment to the people of Newcastle when we took the Knights on, to reinstate the pride in the club, from where it was," Gardner said.

"This is our fifth year.

"We've been profitable every year. The club is in the best financial position it has ever been in, in its history.

"We've got into the semis in the last two years and, while this year's performances have been disappointing, there's still a long way to go.

"We've built a Centre of Excellence, and we believe we've got the right staff in the right positions off the field.

"Kalyn Ponga has re-signed for another five years and we've got some good talent around him ... our current position on the ladder is not where we want to be, but we don't shy away from that. We're always looking at what we can do to be better."

Gardner intends to "develop local people" capable of eventually replacing him, in both his roles.

Club legend Danny Buderus, who for the past three years has been Newcastle's general manager of football, would appear a leading candidate to eventually take over as Knights supremo. In doing so, Buderus would continue a remarkable career progression from player, to captain, to coach, to CEO.

"The great thing about someone like Danny Buderus is you wouldn't find a more honest, sincere person on the planet," Gardner said.

"But we've got some other great people in there, too.

"It will depend on who puts their hand up. There will be no rails run.

"It's not just going to be given to anybody.

"They have to prove they're ready, and that means they have to be given an opportunity to grow." 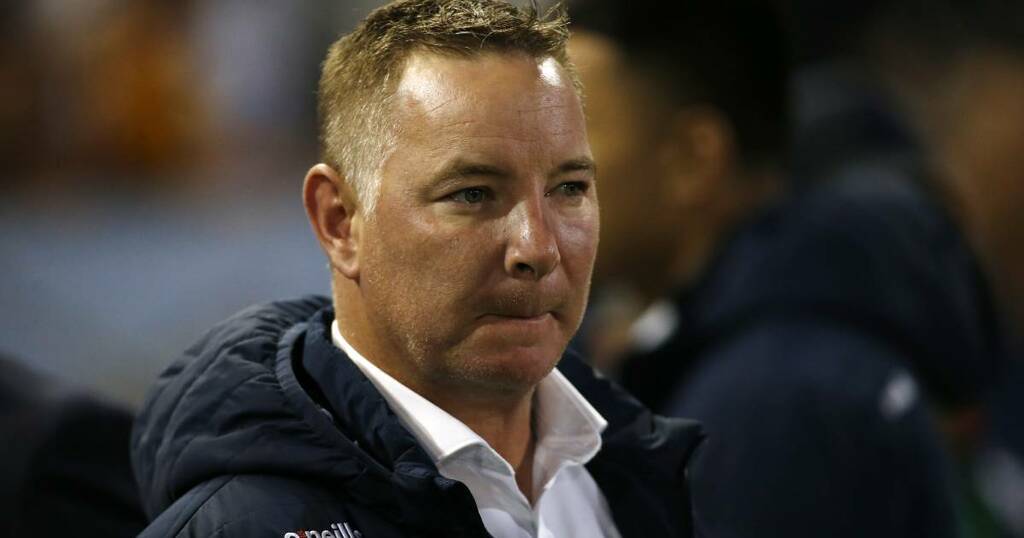 TOOHEY'S NEWS: Why O'Brien's fate rests on big name signing
The Knights won't seriously challenge without at least one world class player in the halves.