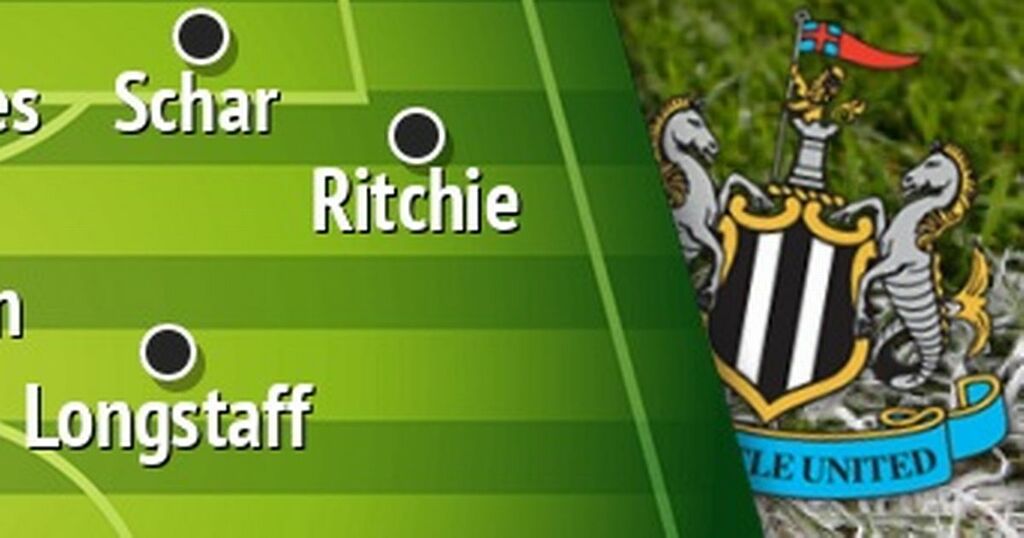 Steve Bruce has a number of selection headaches ahead of their trip to Old Trafford this weekend.

The Magpies boss has had to deal with injury issues to the likes of Jonjo Shelvey, Callum Wilson, Paul Dummett, Karl Darlow and Martin Dubravka, while Ryan Fraser sustained an injury on international duty with Scotland.

Newcastle are also sweating on a FIFA decision which could see Miguel Almiron suspended for the tie against Manchester United.

The Toon are still in search of their first win of the season and face a tough task against Ole Gunnnar Solskjaer's unbeaten Red Devils at the weekend.

The build-up around the fixture has been full of euphoria surrounding the return of Cristiano Ronaldo and the Magpies will be out to spoil his homecoming party.

Chronicle Live has taken a look at what Bruce's likely starting XI will look like for the trip to Old Trafford.

Freddie Woodman looks set to continue in goal for Newcastle this weekend with no update on Karl Darlow's situation after contracting Covid-19.

Dubravka remains sidelined with a heel injury and it's unclear whether Darlow has returned to training after he was hospitalised with coronavirus.

Mark Gillespie has been on the bench for Bruce is recent weeks and the Magpies boss admitted he was contemplating naming four goalkeepers in his 25-man squad.

Woodman is expected to start against Man United in goal with Mark Gillespie as his deputy.

Jacob Murphy was one of Newcastle's success stories last season and he's made a decent enough start to the current campaign.

After 18 months in the loan wilderness, the former Norwich City winger successfully reinvented himself as a right-wing-back.

It's almost inevitable that that Bruce will stick with the 5-3-2 formation he has utilised in his opening three Premier League fixtures.

The Northern-Ireland international struggled in his debut campaign and Ritchie has been the front runner at left-wing-back.

Bruce is likely to deploy a back three at Old Trafford with Fabian Schar, Jamaal Lascelles and Federico Fernandez in pole position to make up the Magpies defence.

United could also call upon right-back Emil Krafth and midfielder Isaac Hayden to slot into a back three.

Ciaran Clark has spent the start of the campaign watching on from the bench but could also be utilised by Bruce.

Newcastle have used a three-man midfield in all of their Premier League games to date, and Isaac Hayden could be in line to return for the Magpies this weekend.

Jonjo Shelvey is still absent with injury and Joe Willock looks set to feature alongside Hayden in midfield.

There could also be an opportunity for Jeff Hendrick to start but, given Bruce's chosen midfielders this season, it looks like Miguel Almiron would be his preferred choice.

Newcastle are awaiting a response from the Premier League and FIFA after threats that Almiron could be suspended for the tie at Old Trafford.

Almiron was one of Newcastle's most used players last season and his energy in a three-man midfield, alongside Willock, was key to the Magpies' success both offensively and defensively.

Sean Longstaff is another option for Bruce, but so far this season the academy graduate has had to settle for game time from the bench.

If Almiron is handed a suspension, it'll be a toss up between Longstaff and Hendrick for the remaining midfield spot - if Hayden is passed fit - but you would envisage a start for the Newcastle academy graduate.

Callum Wilson remains a doubt for Bruce but if he's fit, will almost certainly start against Man United.

Allan Saint-Maximin is likely to partner the Newcastle number nine and has spoken about impressing at Old Trafford earlier this week.

Ryan Fraser won't be a part of proceedings after he was spotted with his foot in a protective boot after picking up an injury on international duty with Scotland.

Joelinton was impressive in pre-season and is Wilson does fail a late fitness test, the Brazilian could be called upon to lead the line.

But, put simply, if Allan Saint-Maximin and Callum Wilson are fit, they will start and if Bruce persists with the 5-3-2 formation he has used so far this season then it will be a no brainer to partner up the Magpies' two talismen.