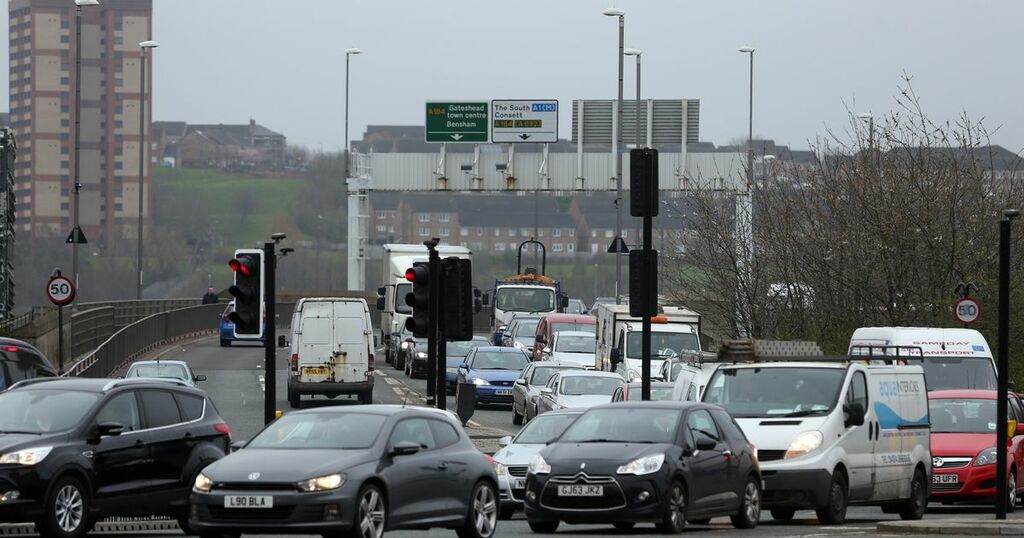 Chronicle Live
Does Leeds need a Clean Air Zone? Have your say on whether city should charge drivers

Should Leeds join other Yorkshire cities such as Bradford, Sheffield, and York in introducing a Clean Air Zone?

Pollution tolls that would see some drivers charged up to £50 per day to come into Newcastle city centre have been put on hold.

Tyneside transport chiefs have confirmed that a new Clean Air Zone (CAZ) that was due to come into force this July has been postponed indefinitely. There have been major doubts for some months over whether the scheme, designed to cut illegal levels of roadside emissions, would be delivered on schedule

The CAZ will see many older, high-polluting vehicles hit with heavy daily tolls to enter Newcastle city centre, though all private cars have been made exempt. Lorries, buses and coaches that do not comply with emissions standards will have to pay £50 per day to drive into the city centre, while non-compliant vans and taxis will be charged £12.50 per day.

There have been concerns about the fees having a severe impact on local residents and businesses already grappling with a cost of living crisis. Promised grants to help vehicle owners upgrade to cleaner models have not yet been made available, while warning signs and automatic number plate recognition cameras needed to make the system work have yet to be installed.

Newcastle and Gateshead councils finally confirmed on Thursday morning that the tolls will not begin in July, in order to give those affected more time to prepare, and gave no new start date. The two authorities said they had “initiated discussions with government officials to agree a revised timeline for the launch of the CAZ”, while the delay has been welcomed as a “huge relief” for small businesses.

The councils had asked the government to increase its funding for upgrade grant payments to a total of £23m, but it that request has been rejected and ministers’ original £16m offer will stand – an amount that it has been claimed fails to take into account supply chain problems brought about by the pandemic and other rising costs.

Gateshead Council leader Martin Gannon said: “It took significantly longer than we expected to receive final government approval for our plans, along with confirmation of how much funding they would provide for vehicle upgrade grants. This has had an inevitable impact on the time available for us to promote the grants scheme, and for businesses and drivers to access funding and get compliant.

“As we have previously said, our main concern is to improve air quality and a huge amount of work on behalf of councils and government has been focused on transport changes that promote more active and sustainable ways of getting around. It’s also important that we ensure that affected drivers and businesses are given a fair opportunity to prepare and, where possible, take steps that will avoid them having to pay CAZ charges.”

While no new target start date for the CAZ has been given, the councils said that installation of the scheme’s signs and technology “will progress significantly over the summer”.

Reshma Begum, of the Federation of Small Businesses, said that the postponement was a “huge relief to sole traders and small businesses across Newcastle, Gateshead and the wider region”.

She added: “We all recognise the importance of improving air quality and want to contribute to achieving the same – small businesses are no exception to this. However, introducing daily charges for non-compliant vehicles would be crippling for businesses already struggling with the exponential increases in the cost of trading.”

John McCabe, chair of the North East Chamber of Commerce, also welcomed the delay to the tolls. He said: “Good businesses in the region will support the need for clean air improvements but the process needs to be fair. Our members need time to prepare for any changes, especially with increasing business costs.”

Councils said that final details of how to apply for vehicle upgrade grants were still being worked out, but that the government has confirmed the following amounts will be available:

The CAZ was originally meant to start in January 2021, but was pushed back amid delays caused by a High Court battle and the Covid-19 pandemic. The proposed toll zone covers most of Newcastle city centre, including the routes in over the Tyne, Swing, High Level and Redheugh bridges.

Chronicle Live
Does Leeds need a Clean Air Zone? Have your say on whether city should charge drivers

Should Leeds join other Yorkshire cities such as Bradford, Sheffield, and York in introducing a Clean Air Zone?