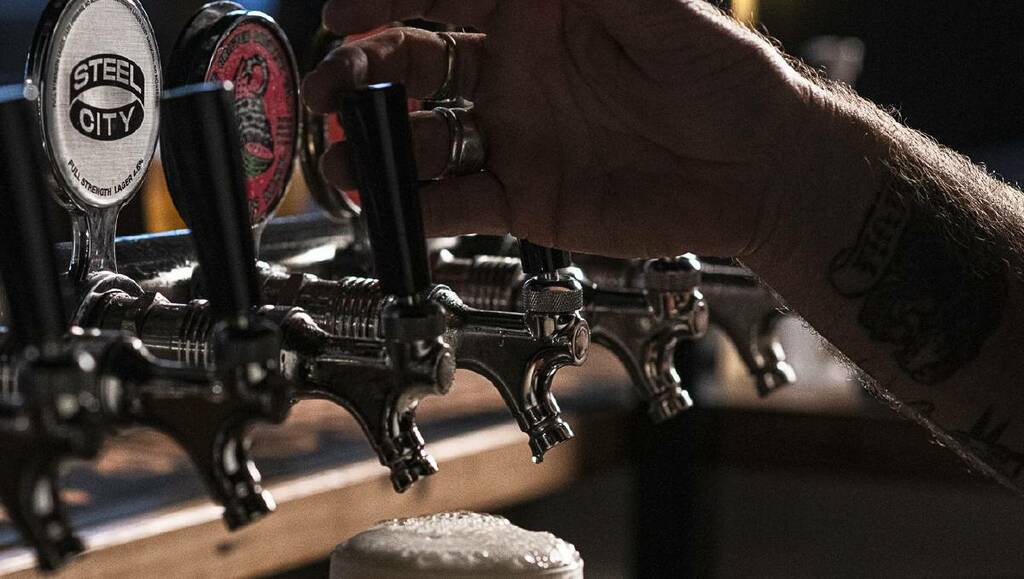 One of Newcastle's newest beer brewers is stepping up to the bar and buying the first one after Friday knock-off next week.

"You can waltz into any participating pub that's pouring Steel City on Friday, October 15, between 4-5pm and it's our shout," marketing director Ryan Ginns says. "Enjoy a couple off the wood, it's been way too long. It's just a tiny way for us at Steel City and the venue to say thanks for coming back."

The free hour of Steel City beer is a promotion, but also a big thank you, Ginns says.

"It's about rewarding people of the Hunter, and about getting our community to support these businesses that have been closed for the last three months," he says.

Steel City, which launched this year, is on tap in about 30 pubs in the Hunter. Their first beer is a full strength (4.5%) lager.

The company recently launched a second beer, a pale ale (4.2%), which is due for delivery to pub taps for the first time by next week. The pale ale has been available at Central Bar and Kitchen in Singleton, which was not in lockdown, and Ginns says it was outselling the Steel City lager.

Sales of packaged Steel City beer has been "going through the roof" during lockdown, Ginns says, and will be boosted by distribution in Dan Murphy's and BWS stores.