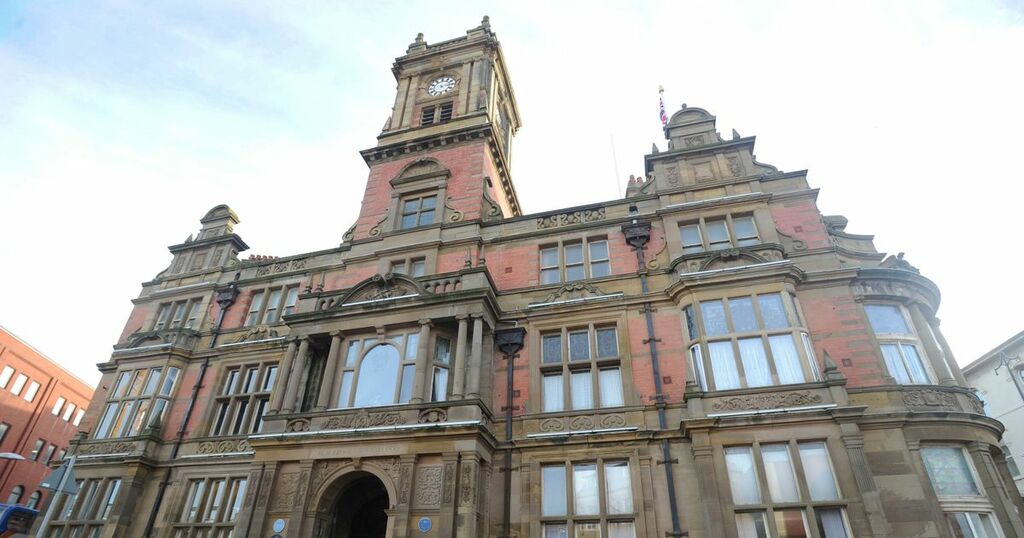 The treatment of a critically ill newborn baby was delayed for several minutes when a consultant 'couldn't find her glasses,' an inquest has heard.

Finnley Morris tragically died due to a lack of blood supply and oxygen four days after he was born at Blackpool Victoria Hospital on October 1 last year.

An inquest at Blackpool Town Hall heard how Finnley's mum Emma Morris had been five days past her due date when doctors at the hospital decided to induce her.

Finnley was delivered at 12.20am but doctors quickly realised something was wrong when he failed to cry and "looked as though he was struggling to take a breath."

The court heard that various delays led to a period of around 42 minutes before Finnley was intubated and began to receive oxygen.

He suffered irreparable brain damage and died four days later, after being transferred to the Royal Preston Hospital.

"His dad said there was a period of 50 minutes without oxygen, he was transferred to Preston where an MRI scan showed swelling to his brain as a result of the lack of oxygen.

"The doctor explained his brain was unlikely to recover from his hypoxic brain injury. He remained in the intensive care unit until he died on October 5."

Two weeks after Finnley died a post mortem was carried out at the Royal Manchester Children's Hospital by paediatric pathologist Dr Melanie Newbold.

She concluded Finnley's death was caused by severe hypoxic-ischemic encephalopathy where the nerve cells in the brain die as a result of a lack of blood supply and oxygen.

Midwife Rachel Sellars said that the leadership of Finnley's resuscitation "could have been a bit smoother".

Lawyer Victoria Beale, representing Finnley's family, asked Midwife Sellars: "In your experience as a midwife and being present at many neonatal resuscitations do you think it had clear leadership?"

"Because of the extent of the resuscitation it was difficult to say whether there was clear leadership because it changed throughout from one doctor to another doctor," she replied.

Midwife Marie-Laure Longy told the court she noticed the initial ventilation breaths given to the baby were not being administered correctly.

"If after the first five breaths you don't see any movement of the chest wall you have to consider if the baby's head is not in the right position or that the seal of the mask is not fitted correctly," she said.

The inquest heard that after Finnley's head position was changed the breaths began to enter his lungs.

Another delay was caused when the medics realised a clamp was missing and another had to be found.

Midwife Longy was asked by Miss Beale: "Have you ever been at another resuscitation and there has been equipment missing?"

"No, never," she responded.

Staff nurse Jacoba Eastwood was called to the operating theatre when doctors realised Finnley was struggling to breathe.

She was asked how long it took to find a new clamp to secure the resuscitation equipment.

"Maybe half a minute," she told the inquest.

Nurse Eastwood said the ultraviolet lamp above Finnley "had never been turned on" although Midwife Longy claimed it had been.

She also agreed with criticism of the leadership of the medical team and said: "No one was directing what was going to happen at times."

Nurse Hayley Knighton, who works in the neonatal unit, arrived in theatre nine minutes after Finnley was delivered.

She noticed the pressure reading on the resuscitaire was below what it should be, to indicate oxygen was being administered and "immediately expressed concern", she told the inquest.

"When a breath was being delivered (the pressure) was lower than what I would have expected to see," Nurse Knighton said.

The on-call consultant, Dr Sunitha Peiris, had been paged and when she arrived at the hospital, around 30 minutes after Finnley was born, she asked the doctors why he hadn't already been intubated.

However, it took a further 12 minutes until Finnley was finally intubated, with "several minutes" wasted because Dr Peiris couldn't find her reading glasses, the inquest heard. During this period Finnley remained "white and motionless".

"The consultant didn't have her reading glasses," Nurse Knighton said.

"There was a discussion about trying to source some glasses for her. I don't think anyone had any spare glasses."

When asked if the delay in finding some glasses for Dr Peiris was a matter of seconds Nurse Knighton said: "More like minutes."

The inquest will continue tomorrow (Wednesday, 13 October) and is scheduled to last four days.