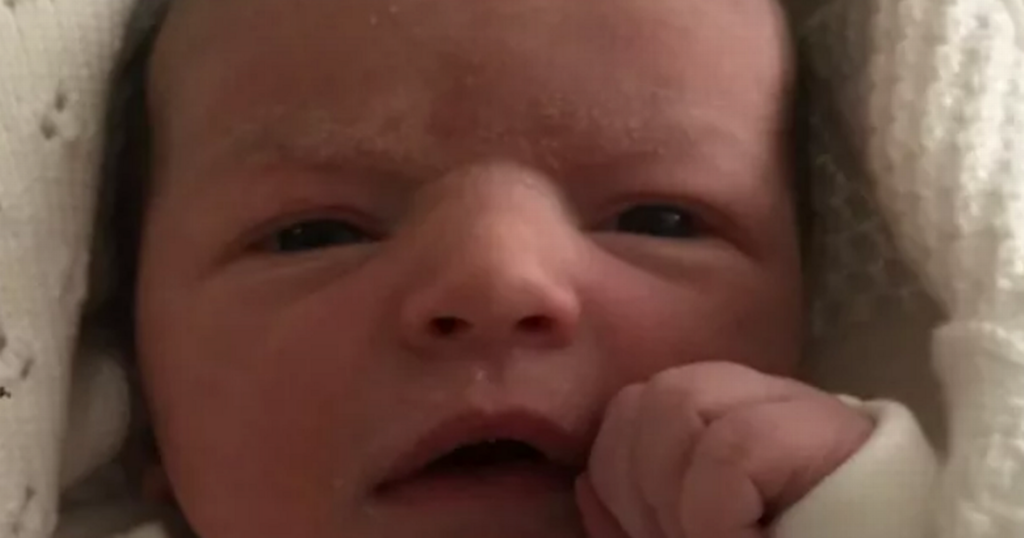 The devastated parents of a baby who died at just two-weeks-old as a result of a hospital transfer delay say they were told by staff that their newborn's life 'came down to money'.

Tragically, she suffered a 'major' collapse and needed to be transferred to a specialist hospital in Manchester - which was delayed due to "communication issues", Lancs Live reports.

An inquest into the child's death was launched yesterday (January 12) at Accrington Town Hall, where Dottie's parents Rebecca Curwen and Chris Adamson, accused medics at Burnley of failing to act as their little girl "got worse and worse every minute".

The inquest, which is expected to last two days, heard doctors at Burnley had spotted a gap in Dottie's diaphragm from an x-ray but decided against carrying out a CT scan because they believed this should be carried out at St Mary's Hospital in Manchester where Dottie was due to be transferred.

A CT scan would have revealed a rare heart defect which caused Dottie's death on December 15, the inquest heard, but her transfer was delayed for three days and doctors have since apologised for issues in her care.

The abnormality in Dottie's heart meant that one of the pulmonary arteries, which supplies blood to the lungs, came from the aorta rather than the right ventricle. This resulted in a much higher blood pressure in the lungs than normal which led to Dottie developing pulmonary hypertension.

Dottie's parents, who have four other children, questioned why their daughter "wasn't receiving any treatment" during the few days she spent at Burnley while they waited for her to be transferred to Manchester.

Mr Adamson, of Rising Bridge Road in Haslingden, said: "Why was she in hospital but not getting any treatment? There were so many periods of us being told 'we'll just wait'. We could see as parents she wasn't stable. We were there every second of every minute of every day and we could see her getting worse.

"For us as parents we felt she was getting worse and worse and nothing was being done. There was no treatment plan for all these things that killed her. They had washed their hands of her, thinking Manchester would take over."

Dottie's mum then asked why no CT scan was carried out at Burnley while they waited for a bed to become available at Manchester.

"She became really really distressed and it was obvious she was struggling so why didn't she have a CT scan at Burnley?" Miss Curwen said to Savithiri Sivashankar, a doctor who treated Dottie at Burnley.

"You were really hoping for an earlier transfer," Area Coroner Richard Taylor suggested to Dr Sivashankar.

"The CT scan was also better off being done at Manchester because if we did it at Burnley, then we would have to send the images off to them and they might say we will repeat the CT scan anyway."

After being told, on December 6, 2018, that St Mary's would take Dottie, it was a further three days until she was transferred after her parents "begged and pleaded" with Burnley to inform Manchester of her deterioration. By this point Dottie had been intubated and when she finally got to Manchester she was "the sickest baby on the unit".

Dottie's mum said she was told by Burnley medics that "your child's life basically comes down to money" as no beds were available at Manchester.

"We were repeatedly told 'it's out of our control and it's all to do with funding for the NHS'," she said.

"It's heart-breaking to be told your child's life comes down to money."

The coroner said he believed Dottie's parents "felt they weren't listened to".

"As soon as she was born and you held her you knew something wasn't right," he said to Dottie's mum.

"It should be a case of listening to those who know her best."

"Nobody was listening to us," Dottie's dad replied.

During the first day of the inquest, Dottie's parents also said they were not kept informed about their daughter's care and treatment during her time at Burnley Hospital and they only found out some details by requesting her medical records after she died.

"As a family we hadn't been told she had pulmonary hypertension," Dottie's mum said.

Dottie's dad told the inquest that while they were waiting for a bed to become available at St Mary's he had been ringing the Manchester hospital "every day" to beg them to admit her but even when he got through to the correct department he found it "too hard to get the words out".

Miss Curwen explained that her mother-in-law had resorted to directly contacting one of the directors at ELHT and had "threatened to go to the media".

"Ten minutes later there was a bed available [at St Mary's]," she said.

"For us it seemed like it was only because she contacted the director."

Consultant neonatologist Dr Ian Dady, who is based at St Mary's Hospital and manages the neonatal transport unit across the North West, apologised to Dottie's parents after hearing of the desperation they felt in trying to escalate their daughter's need to be transferred.

"I am very sorry that you had to go to those extremes to organise a bed, it shouldn't be down to families to do that," he said.

"We were just so desperate," Miss Curwen added. "That's why we had to take matters into our own hands."

During the day before Dottie was transferred to St Mary's, the potassium levels in her blood had been rising but this was not communicated to the team at St Mary's. Dr Dady admitted that, had this information been passed on, "it is possible" that Dottie's transfer would have happened sooner.

"I agree there was an oversight that that wasn't picked up at Burnley," he added.

When Dr Dady was pressed on whether or not Dottie's high potassium levels "could have been recognised and dealt with at Burnley earlier", he replied: "Yes."

Dr Dady also said that, since Dottie's death, the referral process has been changed to prompt doctors to record the blood levels of potassium. Communication between the referring and referral hospitals has also been improved. The coroner asked Dr Dady if he would have preferred to have had "greater dialogue" between Burnley and St Mary's in Dottie's case to which he replied: "Yes."

Dottie's parents revealed that when the transport team arrived to take them to Manchester it was "a huge relief" when one of the nurses said their baby was "very, very sick".

"It felt like someone was finally recognising what we had known for so long," Miss Curwen said. "Up until then it was like we were being treated as if we were over-reacting."

Dr Melanie Newbold, a consultant paediatric and perinatal pathologist, carried out a post mortem examination on Dottie after she died and concluded that the cause of death was brain damage caused by cardiac arrest which was likely caused by pulmonary hypertension.

"It is likely the arrest was due to factors of the pulmonary hypertension; high blood pressure in the blood vessels within the lung, which is associated with the abnormal origin of the pulmonary artery because the pressure there is much higher than usual in the arteries that serve the lungs," she said.

The inquest heard that East Lancashire Hospitals Trust (ELHT), which runs Burnley General Hospital as well as the Royal Blackburn Hospital, has since implemented a number of changes after issues were identified in Dottie's care following a joint review with St Mary's.

A barrister representing ELHT asked Dr Sivashankar: "Is it fair to say that the points raised by Dottie's parents are valid concerns and you will take them back and share with the team?"

"Yes," the doctor replied. "That has been reviewed. The way we do things now is more streamlined."