New Zealand rescuers use buckets, towels to save stranded dolphins

By By Lucy Craymer
New ZealandDoC

Volunteers in New Zealand saved seven of nine stranded dolphins on Friday, carrying buckets of water and wrapping the animals in towels to keep them hydrated until the tide on a remote beach rose sufficiently to float them back to sea.

There was at least one calf among the nine animals stranded at Whakanewha Bay on Waiheke Island, off the city of Auckland, said Project Jonah, a group that specialises in the rescue of stranded whales and dolphins.

"This was a huge combined effort from our medics, Department of Conservation staff, Iwi and members of the public," the non-profit said in a posting on Facebook, referring to participants from a regional tribal group.

The rising tide allowed rescuers to refloat seven dolphins and they had returned to sea, the group added.

Two of the animals had died earlier. Conservation officials initially gave an incorrect figure of 10 dolphins.

The small island of Waiheke, home to about 10,000 people, is roughly 40 minutes by ferry from Auckland.

New Zealand has the world's highest stranding rate of dolphins and whales, with hundreds of the mammals beached on its shores each year. But the reason why they get trapped on beaches remains a puzzle. 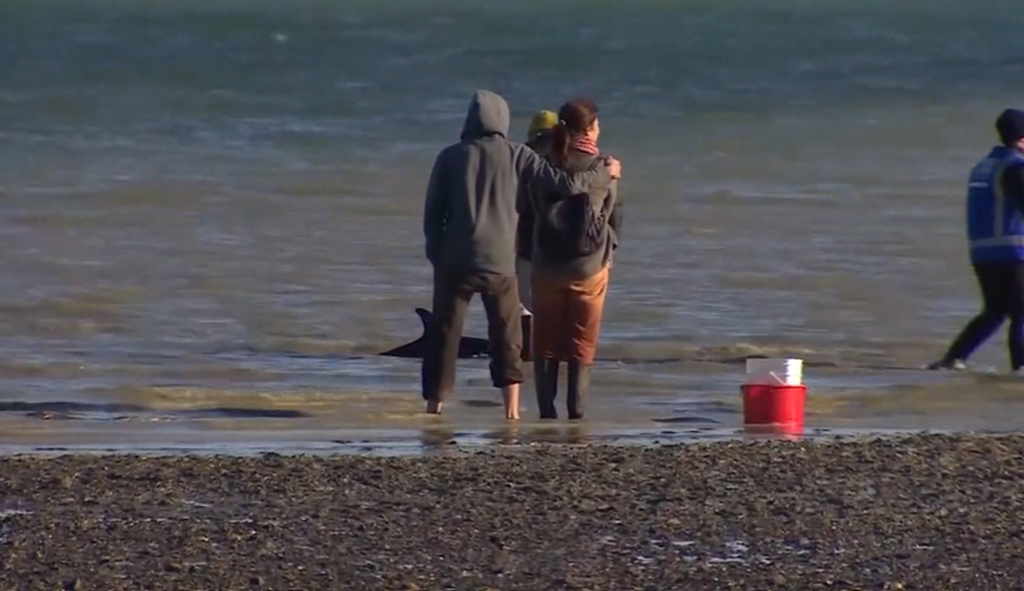 The Independent UK
From analysis to the latest developments in health, read the most diverse news in one place.
Kangaroo Island wildlife sanctuary rebounds from bushfires to create citizen science ocean tours

A new style of tourism encourages people to involve themselves in research and conservation while visiting locations, rather than just…

Newsroom.co.nz
After half a century in captivity, Tokitae the performing orca could finally go home

Six young orca calves were separated from their mothers in 1970 and sold to marine parks. Only one is still…

The Guardian - US
One place to find news on any topic, from hundreds of sites.
Ailing beluga put down in last-ditch French rescue bid