Weekly $27 cash payments, fuel discounts and half-price public transport are among the short-term sweeteners offered up by New Zealand’s government in its latest budget, as it tries to juggle the cost-of-living crisis with big-ticket spending commitments, including $11.1bn of healthcare system reform and $2.9bn responding to the climate crisis.

“While we know the current storm will pass, it is important we take the hard edges off,” prime minister Jacinda Ardern said in remarks accompanying the budget’s release.

“The plan this year is to do two things,” Ardern said. To “ensure Aotearoa New Zealand’s economic and social security for generations to come … making us less vulnerable to external shocks,” and “cushion the impact of the inflation cycle on families”.

It’s the latter that will draw many households’ attention. On budget morning, local headlines were dominated not by fiscal policy, but by cheddar cheese and frozen berries – reports on recent supermarket price-spikes topping the most-read. New Zealanders have been feeling the pinch on multiple fronts, with petrol prices passing $3 a litre, food prices up 6.4%, inflation at its highest in three decades, and April rents up 6.9% from 2021.

Finance minister Grant Robertson announced more than $1bn for cost of living relief, including a weekly cash payment that will go out to nearly 2.1 million New Zealanders. The $814m relief package will be distributed for three months to those earning less than $70,000, at a rate of $27 per person a week, or about $350 in total. The government will also extend temporary steps it took earlier in the year: cutting 25c a litre fuel excise duty to try to counter petrol price increases, cutting road user charges, and extending the half-price public transport fares announced in April.

“Eighty-one per cent of working age New Zealanders are now being supported through these cost of living pressures as a result of what we’ve done in this budget,” Grant Robertson said. Asked whether those payments amounted to a “short term sugar hit”, Robertson said they were a targeted approach – as opposed to broad-base tax cuts – which would not contribute to worsening inflation.

Those short-term measures represent a concession from the government in a year in which it had hoped to focus on big ticket, far-horizon spending and securing Labour’s policy legacy after two tumultuous, pandemic-dominated years. After fighting its Covid fires, the 2022 budget represents a crucial opportunity to invest in the far longer term problems of emissions reduction, and a troubled health system.

Health minister Andrew Little said $1.8bn would be committed this year to “clear the financial deck,” paying off past years’ health system deficits and launch two massive new national health entities – Health NZ and the Māori Health Authority. The Māori Health Authority, a new body set up to provide by-Māori, for-Māori services and try to address disparities in care, would receive only a tiny portion of overall funding, including $168m for commissioning services.

Addressing the climate crisis was the other major spending line, with $2.9bn of climate investments in energy security and decarbonising transport. Those measures are part of a $4.5bn for a climate fund, announced earlier in the week, to try to drive a low-emissions economy and prepare the country for the effects of climate collapse.

Spending on social issues spending like child poverty, mental health and homelessness – previously headline items for the Ardern government – took a lower rung. Around a billion dollars spread across an array of measures including clamping down on gangs, changing rules to increase the child support payments accessible by single parents, and funding services for family and sexual violence. $202mn was assigned to invest in the mental health system and addiction treatment.

Opposition parties on the right are advocating for tax cuts, and said the budget would contribute to the “brain drain” by driving young New Zealanders in search of greener pastures. “$350, I don’t know if that buys you a plane ticket to Australia these days, but I think that some people when they look at the forecast, and this budget, and they will make that choice,” said National party finance spokesperson Nicola Willis.

National leader Christopher Luxon said the $350 payment was “just a bandaid on a major wound”.

The Act party called it the “brain drain budget”. Leader David Seymour said the government’s strategy was to “tax the productive to fund Labour’s ideological fantasies, then just hope they don’t leave. Unfortunately, more and more will.”

Some advocates and community providers will be disappointed that the social relief spending does not go further to reduce some of the deep-seated wealth and ethnicity inequities in New Zealand. The cost of living measures will be finished within three months, family violence and child poverty spending is minor, and the investment in Māori health services represents only a fraction of the overall health reform package.

But Robertson was quick to emphasise that while the immediate demands of the Covid crisis were fading from view, it had only been replaced by new, international crises and pressures – most of which were not New Zealand-specific. “Budget 2022 is being delivered against the backdrop of a global inflation spike, with existing supply chain pressures being exacerbated by pressure on oil prices from the war in Ukraine. This will pass but we need to protect New Zealanders from the immediate impact.”

“The last few years have been challenging for everyone,” Robertson said. “Some of those challenges are still with us.” 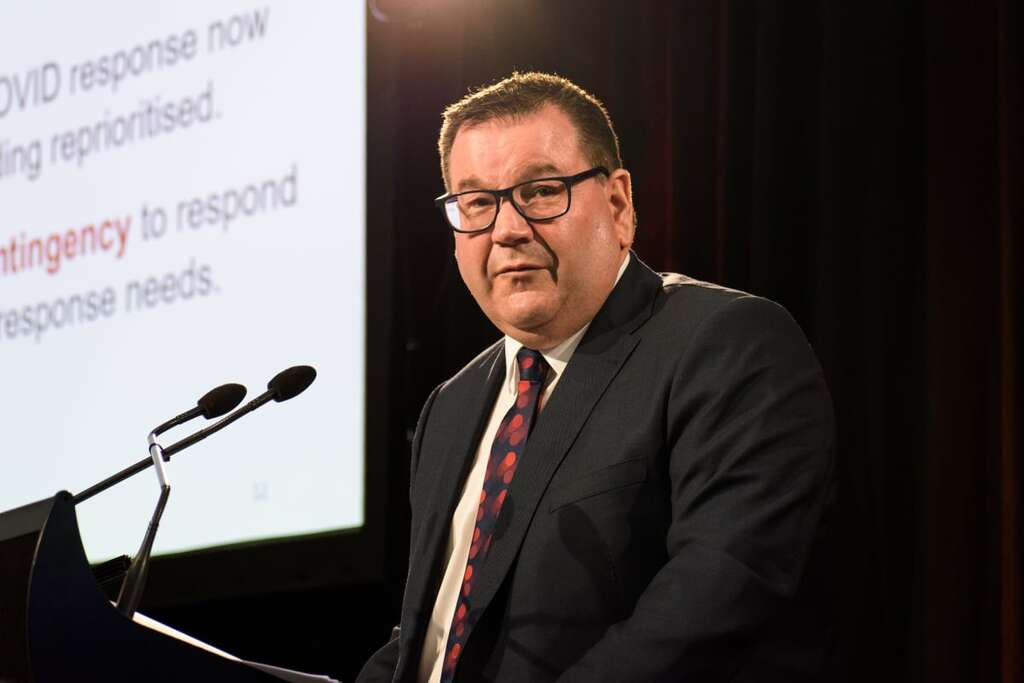 Budget 2022: Health and squeezed middle win big
The Government responds to the financial pain of the 'squeezed middle' with a $1 billion Budget cost-of-living package, writes political…

Newsroom.co.nz
One subscription that gives you access to news from hundreds of sites
NZ opposition savages 'backwards' budget

New Zealand's opposition says rising inflation will see Kiwis migrate to Australia, as it slams the government's fifth budget as…

AAP
One step forward or two steps back? MPs react to budget

A polarising Budget saw strong debates in Parliament this afternoon, as MPs from both ends of the political continuum laid…