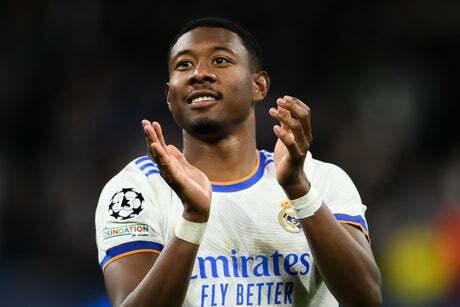 Evening Standard
Read news from The Economist, FT, Bloomberg and more, with one subscription
Learn More
How Luka Doncic, Mavs Can Take the Next Leap

Fresh from receiving rave reviews for his derby day display for the Dragons, Will Reed then turned his attention to his other rugby role - coaching Cwmbran U15s.

It was just a second regional start for the 20-year-old fly-half versus Cardiff at Rodney Parade on Friday night, but you would never have known it. He didn’t look out of place at all up against Rhys Priestland, just as he had impressed when lining up versus Gareth Anscombe in the meeting with the Ospreys last week.

Shaking off a bang to the jaw in an incident which saw Cardiff hooker Liam Belcher red carded (you can read about the angry reaction to that here ), he returned to the field to play his part in a try for centre Jack Dixon, while his overall play was classy and assured. It was almost the perfect night for him, only for his late penalty attempt to drift agonisingly wide of the posts, meaning the Dragons went down to a 19-18 defeat. You can read the full match report here.

But the young man could hold his head high after a performance which points to a really bright future. Then, after the game, his focus switched to Cwmbran U15s who take on Pontypool United in the Dragons cup final at Pontypool Park this weekend.

Former Dragons coach Ceri Jones is at the helm of the team and explains how Reed - a Premiership Cup winner with Newport last month - became involved.

“Will came through the Cwmbran set-up before moving into the regional Academy,” said the ex-Wales prop.

“What happened was he did the cruciate ligament in his knee when he was 18, so he was out for 12 months. It’s a hard old rehab to come back from that, so I suggested to him at that time when I was with the Dragons he should maybe come in and do some coaching to keep his mind occupied, especially in those early months.

“I knew he was from Cwmbran and that’s where my son played, in the team that’s now in the final. So Will came in and started coaching the boys. He really enjoyed it and to be fair to him he’s carried on right the way through.

“He was there Tuesday this week and on Thursday the night before the Cardiff game and he’s going to be there for the final with the boys. He’s just very invested in it and I think it’s almost made him a better player. Most people will tell you, if you can understand it from a coaching point of view, you can understand it better from a playing point of view and how to pull a team around the field. He’s very much a student of the game. He’s just a great kid to be honest with you.”

Jones, who is now head coach of RGC and overseeing the north Wales Academy, says Reed’s talent was obvious from a young age.

“It was clear he was a really good prospect, without a doubt. He was just a very level-headed kid, diligent about the way he approached the game. His knowledge and understanding was there for all to see. I also liked him personally. He’s just a really good bloke. I think he has got a really bright future in the game.

“He reminds me a bit of Nick Evans, who I played with at Harlequins for a long time. Nick was very level-headed and down to earth and played very flat to the line the same as Will does. They are not the same shape because Will is quite chunky, he’s a strong boy and a good defender. But in terms of his calmness and the way he plays so close to the line, there are definite similarities. If a 10 is level-headed and calm in situations, it calms everyone else down as well.”

Reflecting on Reed’s display against Cardiff, Jones said: “If you look at the Jack Dixon try, the speed with which Will got the ball through his hands and how flat he played to the line just got the Dragons moving very fast and very quickly.

“He is going to be a big part of that group moving forward. He is a very level-headed kid, so I am sure he will keep his head firmly on his shoulders. We’ll keep him grounded at Cwmbran, don’t worry about that! He’s a fantastic young man."

As for how the Wales U20s international will deal with the late penalty miss, Jones said: “He will put that behind him and move on. He has been very fortunate that he’s had Matt O’Brien around him at Newport. Matt’s been a bit of a mentor for him and has stepped aside to let Will take every single kick, even in the cup final.

“Will has had the highs of putting pressure kicks over this season and, as any kicker knows, you do miss some as well. The greatest thing about him is how level-headed he is and he won’t let it affect him too much. He will just put it behind him and hopefully nail the next one when it comes down to that situation again.”

Giving his verdict on Reed, Dragons director of rugby Dean Ryan said: “There are so many things in this game that change. I am nearly 56 and still see things I have never seen before. So Will is showing a lot of maturity to be at the helm at 10 when so young.

“I really wanted him to have some experiences at this level and he will be better for them. That’s exactly what we want. His ability to link attacking play together is outstanding, he’s just got to get some of the nuances of the game. That doesn’t come overnight. Every game you play is different and you have got to find a different answer to every challenge. He is on a journey for the next 12 to 18 months and this game was part of that equation.”

On the penalty miss, Ryan said: “There will be plenty of those and in some ways the sooner he gets them the better because he can get out the other end. Will is going to kick lots of goals. He is going to miss a few and this will be part of that journey for him. His attitude to getting better and his competitive nature will mean that experience makes him better.

“He just needs bucket loads of experiences, simple as that. They are sometimes good and sometimes bumpy. The bumpy moments come for everybody no matter how fast your rise is. It’s how you deal with them and I don’t think the Cardiff game was a bumpy one for him, he played pretty well.”

There was plenty of praise for Reed on social media after the match, with analyst Squidge Rugby among those to comment, saying: “I’d never heard of Will Reed two weeks ago, but I am so impressed with every aspect of his game. His involvements in the tries are obvious, but his tactical game, decision-making and instinct for calling shape is way beyond a 20-year-old in his third game of pro rugby.”

Former Dragons fly-half Jason Tovey said: “You’ve got to have balls to take the kick in the first place. Another quality game from Will Reed. He has a mental future ahead of him if he keeps getting game time.”