By Edward Helmore in New York 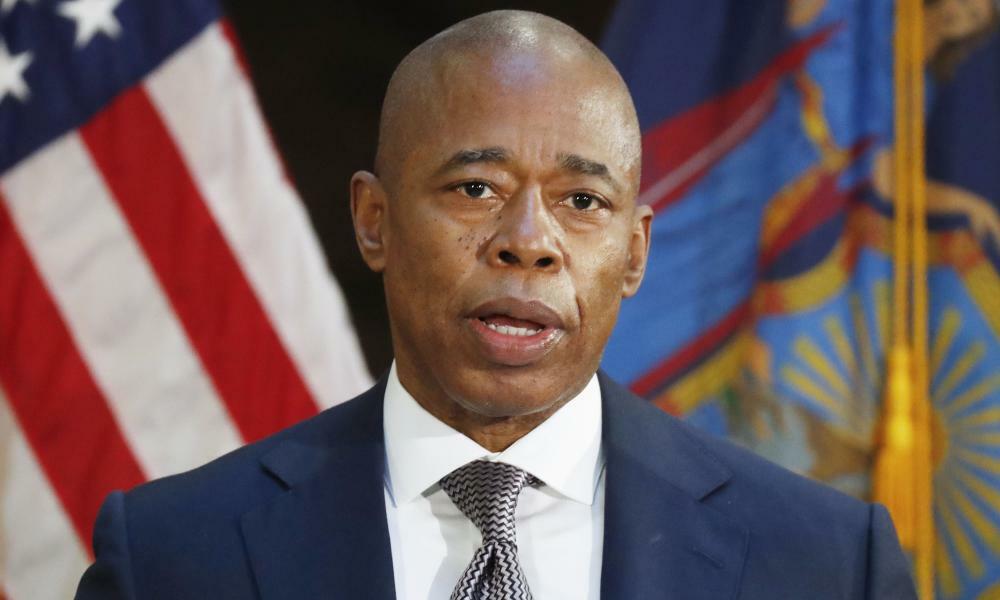 Eric Adams has promised to restore “swagger” to New York, the city he has run as mayor for barely a week. But even in that brief time he has attracted fierce criticism and flirted with scandal.

On Sunday, the new mayor said a former police chief brought back into the administration despite having resigned seven years ago amid a corruption investigation had not done “anything that was criminal”.

He also said his brother, appointed as a deputy police commissioner, would help keep him safe from “white supremacy and hate crimes”.

Adams picked Philip Banks for a top public safety post. In 2014, he resigned as chief of the NYPD after being named as an unindicted co-conspirator in an FBI corruption investigation.

“I never broke the law, nor did I ever betray the public trust by abusing my authority as an NYPD official,” Banks wrote in the New York Daily News. “From here on, I promise all New Yorkers that I will let my hard work be the evidence of my commitment.”

On Sunday, Adams spoke to CNN’s State of the Union. He said Banks “acknowledges there was some real mistakes, errors that were made. He was not accused of a crime.

“I think that when you look at what happened yesterday, in this city, a young person was shot in a robbery in the store. It really personifies why I need the best person for the job. I can’t leave … good people on the bench when I have a talented person that just made some bad decisions, he didn’t do anything that was criminal.

Adams is a retired NYD officer. So is his brother, Bernard Adams, who most recently worked as assistant director of operations for parking and transportation at the medical campus of Virginia Commonwealth University but has now been appointed as deputy police commissioner with a $240,000-a-year salary. The move has exposed the mayor to accusations of nepotism.

Susan Lerner, executive director of Common Cause New York, a good governance group, told City & State: “New Yorkers expect that public servants are hired based on their unique qualifications and not because they are the mayor’s brother.”

On CNN, Adams said the board would “make the determination and we have a great system here in the city”.

“But let me be clear on this. My brother is qualified for the position. He will be in charge of my security, which is extremely important to me in a time when we see an increase in white supremacy and hate crimes. I have to take my security in a very serious way.

“I need someone that I trust around me … and I trust my brother deeply.”

Adams has also vowed to keep New York public schools open for in-person teaching during the Omicron Covid wave and is pushing companies to abandon “remote working” and return workers to office jobs, for the sake of small businesses.

On Wednesday, Adams said “low-skill workers, my cooks, my dishwashers, my messengers, my shoe-shine people, those who work at Dunkin’ Donuts” did not possess “academic skills to sit in a corner office”.

That provoked a backlash from Alexandria Ocasio-Cortez, the Bronx congresswoman and leading national progressive.

“The suggestion that any job is ‘low skill’,” Ocasio-Cortez said, “is a myth perpetuated by wealthy interests to justify inhumane working conditions, little [or] no healthcare, and low wages.”

In a statement to the Guardian on Saturday, Ravi Mangla, spokesman for the New York Working Families party, said: “Adams ran as a working-class candidate. And after weeks of cozying up to corporate executives, we’re waiting for him to turn his attention to the everyday people who keep the city running.”