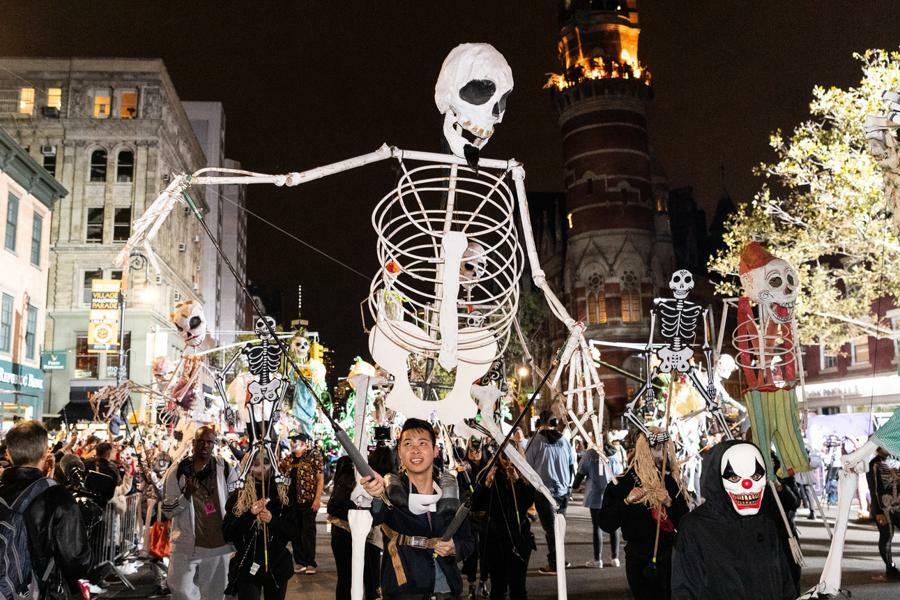 Spooky season is on its way, and New York City’s Annual Village Halloween Parade is making a comeback!

Following a year-long wait thanks to the pandemic, the parade, which had only previously been cancelled due to Superstorm Sandy in 2012, will return in all its festive glory this October 31. The Village Halloween Parade has entertained the public on Halloween night for the past 47 years, trotting from 6th Avenue North of Spring Street to 16th Street from 7:00pm -10:30pm.

The 2021 Halloween Parade theme is Let’s Play, and is dedicated to the children of New York who didn’t get a proper Halloween last year, as well as to the child in all of us. To help accentuate the theme, satirist Randy Rainbow will serve as Grand Marshall and sing his new song “Pink Glasses,” written in collaboration with Alan Menken.

Randy Rainbow’s fans are being offered a rare opportunity to follow his float in the parade. Tickets are limited and for sale on the Village Halloween Parade website. Those who participate in Randy’s special section of the parade will receive a pair of his iconic pink glasses and a rainbow fan to dance with for their donation.

Randy’s leading float was designed and actualized by Richard W. Prouse and Olive Panter, and it will feature a special appearance by NYC’s Gay Men’s Chorus. Michael Graceffa Group Dancers will perform on the float with choreography by Michael Graceffa and Martha Tobias. Mr. Rainbow’s costume is by M. Suzy Morris.

Naughty By Nature will also be featured in the parade performing hits from their self-titled debut album as the legendary hip-hop group celebrates 30 years since its release.

“We are thrilled to have someone so brave and humorous as Randy Rainbow as our Grand Marshall this year!” said Jeanne Fleming, Artistic/Producing Director of New York’s Village Halloween Parade. “We picked Randy in recognition of his ‘singing truth to power’ and ability to make us laugh in the hardest times. For a lot of folks, Randy made it possible to survive the last five years.”

While a permit was secured for the parade route, the not-for-profit arts organization does not have enough funds to make it happen, yet. The parade is going to need community assistance to raise funds for the event.

“We need everyone’s help! The deadline to meet our budget to produce the parade is October 5, 2021,” Fleming said. “The parade has always been a celebration of all New Yorkers, and now it is their donation that will keep the streets open, free, and creative for all this Halloween. Sponsors, give us a call, and everyone else, make a donation here.”

All CDC guidelines will be followed for the outdoor gathering, and the parade has an advantage since it is already a masked event, thanks to Halloween. The parade is asking all spectators, as well as participants, to wear masks and get creative making them.