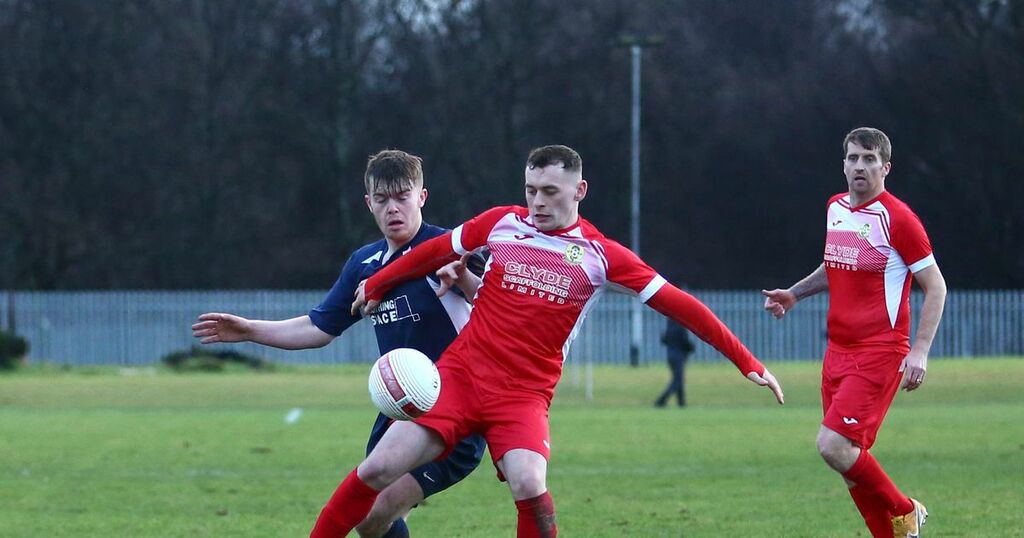 Modest Wishaw manager David Dunn refused to take all the glory after incredibly grabbing a late winner in his first game in charge - just moments after climbing off the bench.

The 40-year-old player/boss introduced himself to the game after 79 minutes at Milburn Park and, within 60 seconds, he fired in the goal that gave him a dream start in charge after taking the reins from Mark Daly in December.

Their 1-0 victory also ended a run of seven games without a win to keep them ninth in West of Scotland League Conference C.

But Dunn was keen to play down his heroics.

He said: “I came off the bench and I scored a minute later. It’s one of those strange things in football.

“But, look, the boys were magnificent. We had a few bodies out and we were down to the bare bones, so I don’t really want to be putting myself in there a lot.

“I wouldn’t have cared who scored as long as we won because we needed the result.

”It was very important because teams around us in the table like of Vale of Clyde and St Anthony’s won again and we’ve ended that run we were on.

”It is a bit of a story, but I never planned for it. It was just thrown upon me that I had to come on. I had no other option and any other day I wouldn’t have put myself on.

“I’ve not been training much recently either and I’m 40 now so I don’t really want to go down this road too often.

“I know I got the goal but, honestly, the boys need to take a lot of credit for the performance. They were great for the 80 minutes before I came on as well.

“If you don’t win games it’s doom and gloom and it does ruin my weekend if I don’t win on a Saturday.

“It was good to see the celebrations at the goal and then the boys throwing their bodies on the line to keep the lead.

“The clean sheet was also very important because we’ve not had many of them this season.”

Wishaw will look to build on their first win since October 2 when they travel to third from bottom Vale of Clyde on Saturday.

And Dunn reckons having to resort to him coming on shows his side could do with some fresh faces.

He added: “The squad has been tested recently and that’s something we’ll need to address.

“We need to give the boys a hand.

“It’s been a difficult time because we’ve not been able to play our strongest 11 all season, for one reason or another.

“Injuries, suspensions, Covid - it’s just been one thing after another.

“But hopefully we can kick on from this against Vale of Clyde. If you look at our table, there’s a few teams who have played more games than us, some have played a few less so we just need to keep winning games.

“Saturday will be another tough game. Vale of Clyde have really started picking up points and they beat us convincingly [4-1] at home earlier in the season, so we need to be ready for them.”