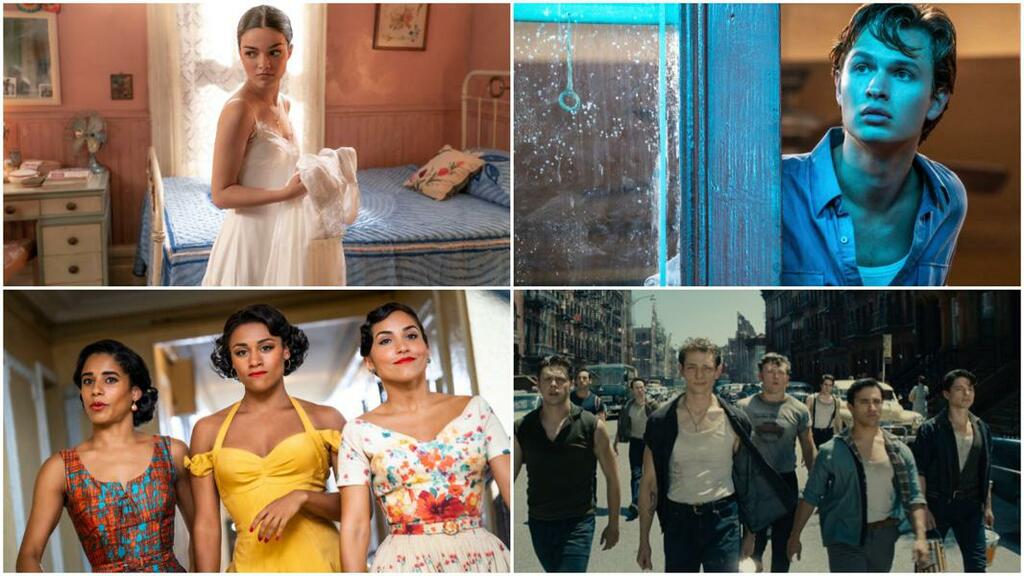 Today is the first day of Hispanic Heritage Month, while today also sees a Bloomberg report stating that Hispanic actors and actresses make up just 5.9% of all characters in the top 100-grossing movies of 2019. By coincidence or design, Disney just dropped the second trailer (following the first teaser on April 25 during the Oscars) for Steven Spielberg and Tony Kushner’s remake/re-adaption of West Side Story. The trailer looks spectacular, which makes sense since it’s directed by Steven Spielberg. The depth-of-field, the rich colors, the wide shots, all stuff we somewhat took for granted in a bygone time, which is partially why everyone went gaga for the Matrix Resurrections trailer last week. But, come what may, it’s still another version of West Side Story, a Tony-winning play (and eventually Oscar-winning movie) which itself was an excellent “rip-off, don’t remake” classic of its own.

The original West Side Story, which debuted on Broadway in 1957, was a modern-day update of William Shakespeare’s Romeo and Juliet. The new version, set in the modern day America, pitted two rival American street gangs (the Jets and the Sharks) against each other while offering up a doomed love story between a young Hispanic woman (Maria) and a young Caucasian man (Tony). Even while the inspirations were obvious, West Side Story featured original characters, original songs and of-the-moment topicality that helped make it a distinct-unto-itself classic. The Robert Wise-directed adaptation, starring Natalie Wood and Richard Beymer, won Best Picture and nine other Oscars, including Best Supporting Actress for Rita Moreno (now appearing in this version as well) and grossed $44 million ($515 million adjusted). It would be the biggest-grossing musical ever until The Sound of Music in 1965.

It is regarded as a classic in its own right at least partially because it didn’t care if you cared about Romeo and Juliet. This new version, however, is of course a straight-up remake of a play/movie which was itself an updated rip-off of another piece of art. The copy of a copy mentality sticks to this trailer like glue, especially when the very thing that made West Side Story notable in its day was how it updated a centuries-old play for modern-day melodrama. However, this version is still set in the past, and thus is constrained by the politics of the past even as it presumably dabbles in “past is prologue” topicality. Even the film’s “course-correction” of casting Hispanic actors (including Rachel Zeigler as Maria) as Hispanic characters is only necessary because “they” decided to make another version of West Side Story in 2020.

Since nobody showed up for Jon M. Chu’s adaptation of Quiara Alegría Hudes and Lin Manuel Miranda’s In the Heights, maybe we are doomed to refurbished IP slightly rebranded for modern sensibilities. It’s an oft-told tale, we champion the idea of a Black and/or female 007 or a lady Indiana Jones, but we don’t show up for The Take, Spies in Disguise, Atomic Blonde or Tomb Raider. If audiences, especially in theaters but now potentially amid the streaming wars as well, were more willing to embrace new-to-you adaptations of modern IP, we wouldn’t have to deal with updating Tarzan for our progressive sensibilities. DC Films wouldn’t have to try and make Superman a Black man because we’d all show up for a Static Shock movie. The audiences that once flocked to Clueless because it was new and cool now flock to He’s All That because it is familiar.

I trust Spielberg, and I certainly trust Spielberg when teamed with Kushner (Munich and Lincoln). But as much as I’m happy that the Beard finally got to make his musical, I do wonder what might have been either with an original musical or, at worst, yet another modern re-upping of Romeo and Juliet. Anyway, West Side Story opens December 10, where it will try to continue Spielberg’s 24-year streak whereby every conventional drama (so, no, not Ready Player One or Minority Report) he’s helmed has been nominated for Best Picture. I was wrong about Ready Player One, an old-school crowdpleasing Hollywood blockbuster that was a meta-commentary on (and judgment of) the very pop culture nostalgia that made its source material a best-seller. I’m hoping West Side Story, starring Rachel Zeigler and Ansel Elgort, will have similar tricks up its sleeve. As always, we’ll see.