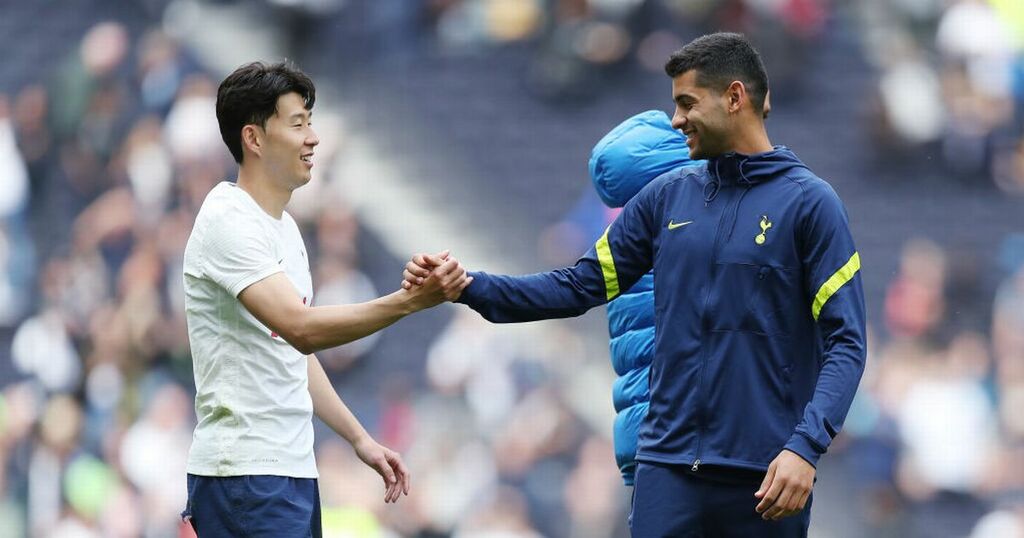 Named in the Spurs team for the clash at Stamford Bridge, the South Korean played 79 minutes of the contest before he and Lucas Moura made way for Giovani Lo Celso and Bryan Gil.

Although Son didn't appear to be carrying an injury at the time when he came off in west London, Antonio Conte confirmed in his pre-match press conference ahead of Morecambe that he picked up a muscle injury in his leg and it was the following day when the 29-year-old felt pain.

While the Spurs boss is hopeful it will be only two weeks of missed matches for his player, which would see him miss both remaining games against Chelsea and fixtures against Leicester City and Arsenal, there are some fears within the club that the player could be, at worst, out for at least five weeks with the injury.

The upcoming international break at the end of January will at least remove two weeks' worth of matches from that scenario, however.

"It was a strange situation. Against Chelsea I made two substitutions together, Lucas Moura and Son. Not for injury, their sub, but to try to give them 15 minutes of rest," explained Conte in his press conference.

"The day after, Son felt a bit of pain in his muscle, in his leg and he had a scan. Now we have to make the right evaluations from the doctors.

"He’s an injury. I don’t know but probably they could stay without training session until the end of this cycle, before the international break."

Despite the bad news about Son, Conte has received some positive news on the injury front with Cristian Romero now on his way back to fitness.

Out of action since suffering a serious hamstring injury when representing Argentina against Brazil in November, the boss has suggested patience is needed but it's good news regarding the summer signing.

“Cristian is improving a lot,” Conte told Tottenham's official website. “Now, we are trying to bring him to a good (level of) fitness. He’s working a lot with our physical coach.

"We need a bit of patience, it was a big injury, but now he’s working very well. He will be very important when he’s okay again physically.”

In a further boost to Tottenham, the head coach has confirmed that Ryan Sessegnon and Eric Dier are available for selection once again following recent injury and illness respectively.

“Ryan is okay, and available for the game on Sunday,” added Conte. “For sure, this could be a good opportunity to see him again. That’s good news for us.