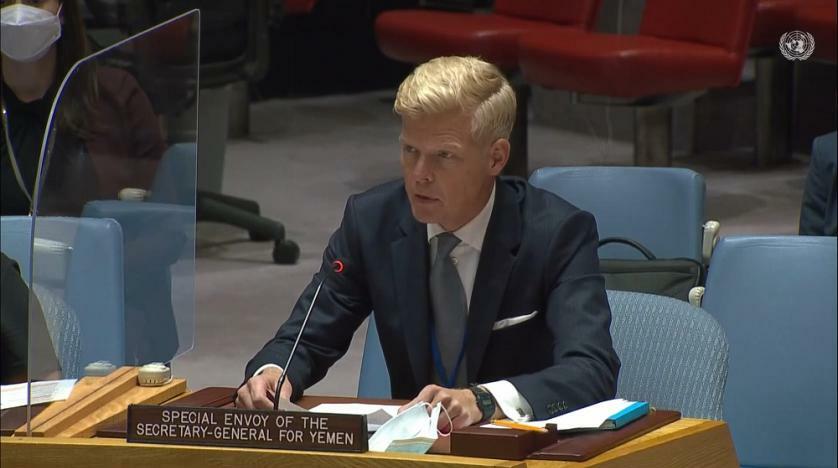 The new UN special envoy for Yemen said Friday that the Arab world’s poorest nation is “stuck in an indefinite state of war” and resuming negotiations to end the more than six-year conflict won’t be easy.

Hans Grundberg, a Swedish diplomat who took up the post four days ago after serving as the European Union’s ambassador to Yemen since 2019, told the UN Security Council that “there are no quick wins” in Yemen’s war.

To chart the best way forward, he said, he plans to review what has worked and what hasn’t, and “listen to as many Yemeni men and women as possible.”

“The conflict parties have not discussed a comprehensive settlement since 2016,” Grundberg said. “It is therefore long overdue for the conflict parties to engage in peaceful dialogue with one another under UN facilitation on the terms of an overarching settlement, in good faith and without preconditions.”

The UN’s approach to ending the conflict must include “meaningful participation of women,” Grundberg said.

Surveying the complex situation in Yemen, he said that since early 2020 the focus has been on the Iran-backed Houthi militias’ offensive in the government-held city of Marib which has cost the lives of thousands of young people and left thousands of displaced civilians living in constant fear of violence and having to move again. In the key port city of Hodeida, there has been “a noticeable decline in ceasefire violations,” but hostilities in southern districts “are of particular concern,” he said.

Ghada Eltahir Mudawi, a deputy director in the UN humanitarian office, told the council that “the threat of famine is not over in Yemen” but there has been a surge in donor funding over the past few months with the UN receiving more than $1.9 billion -- 50% of its total requirement.

As a result, she said, the UN has scaled up assistance, reaching 12.8 million people in June -- 3.3 million more than in May -- and famine has been prevented in the first eight months of the year.

Mudawi said a high-level side event on Yemen will take place on Sept. 22 at the UN General Assembly’s annual gathering of world leaders co-hosted by the European Union, Sweden and Switzerland.