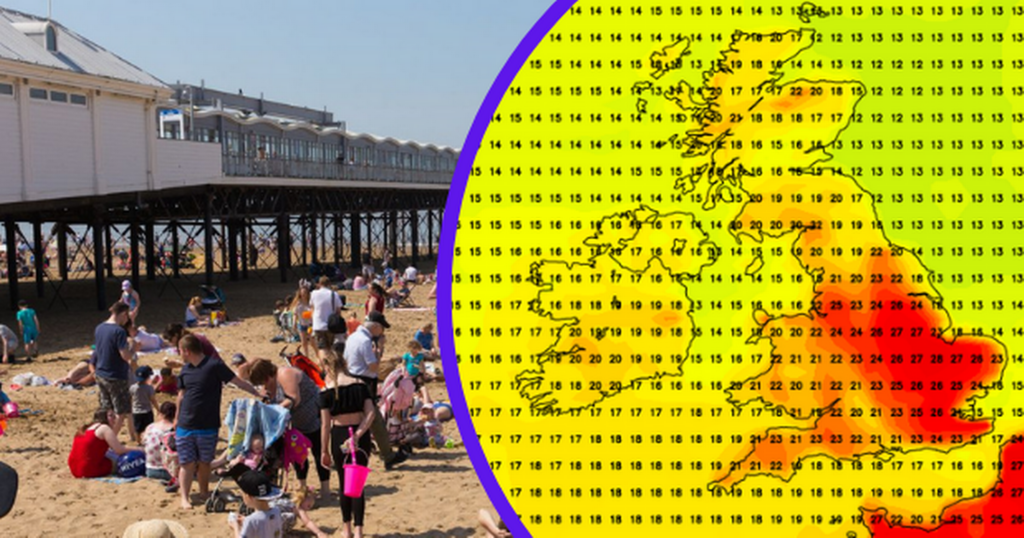 Don't give up on summer just yet - another 'heatwave' could be on the way.

The latest weather charts show the mercury could once more nudge towards the 30C mark in parts of England next week.

Prayers for an Indian Summer appear to have been answered as large parts of England are enjoying above-average temperatures thanks to a plume of hot air arriving from the Azores.

While the Met Office says this current wave of sub-tropical temperatures could end with a bang with thunderstorm warnings in place for England and Northern Ireland over the next few days, long-range weather charts reveal more scorching temperatures could arrive tjhis time next week.

These charts from Netweather.tv reveal temperatures of around 27C-28C could be experienced in the East of England, with maximum temperatures of 23C expected in the South West next Wednesday (September 15).

Similar temperatures could be experienced the following day.

Jim Dale, meteorologist for British Weather Services, told the Express yesterday: “Temperatures will lift into the mid- to high 20Cs through the start of the week, and there is every chance we could see 30C in some parts on Tuesday.

“Britain will become squeezed between two weather systems pulling warm air in from the Continent in a Spanish plume.

“The weather will take a turn mid-week when we expect a return to more changeable and cooler conditions.”

Tonight: Many seeing clear skies, but cloud slowly moving in from the west will bring the chance of a few showers through the night over Devon and Cornwall. Feeling humid. Minimum temperature 16 °C.

Wednesday: Heavy showers are possible with a risk of some rumbles of thunder. Sunny spells elsewhere with temperatures back to around normal for most. Maximum temperature 26 °C.

Outlook for Thursday to Saturday: Scattered showers on Thursday, heavy at times and with a risk of thunder. Further showers possible on Friday. Many areas dry on Saturday but a few showers are still possible.