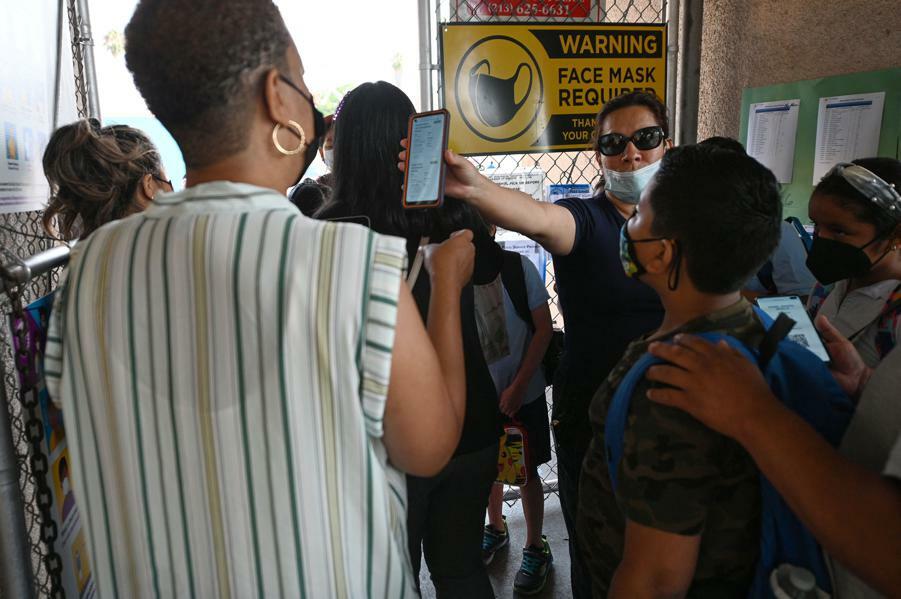 Just eight weeks have passed since the majority of U.S. students physically headed back to school in the new pandemic era and showed us that the new normal is, well, normal. The Covid pandemic created a demand for new opportunities. Despite the pull of the traditional system, few school-switchers seem willing to see the genie put back in the bottle, and many are continuing to keep their students home.

This isn’t parent neglect, however. It’s parent empowerment. After a year in which students, families and the general public have experienced firsthand the deficiencies of a big system, attitudes toward public education, and the way its been managed throughout the pandemic, are shifting. According to a national survey taken by Echelon Insights of 1,006 parents of school-aged kids for the National Parents Union, only 36 percent want schools to “get back to the way things were,” while 60 percent want them to “rethink how to educate students” and “come up with new ways to teach.” And on the topic of “in person” versus “multiple options” including in person, remote and hybrid, the multiple options are favored 70-24 percent.

Matt Cole, head of Americas for edtech giant Promethean, observed in a recent piece in Forbes that “of all the shifts in education occasioned by the pandemic, perhaps the most significant and the one with the most far-reaching consequences is the greater involvement of parents in their children’s schooling.”

That should have been clear to U.S. schools as they worked to regain families’ trust and student enrollment. But despite having $190 billion to spend and massive amounts of federal Education Department guidance on how and what to do to serve students well and safely, most school administrators still have not spent nor allocated these funds as intended.

Granted, it has been an unprecedented and difficult road for school officials and educators in every sector. Inside schools, teachers face students who continue to lag, and education in the most vulnerable communities is less than adequate to make up for the lack of education that occurred for more than a year. But make no mistake; this failure has real world costs. According to McKinsey and Co., “the impact of the pandemic on K–12 student learning was significant, leaving students on average five months behind in mathematics and four months behind in reading by the end of the school year.” Over the long term, this has serious economic consequences, let alone human capital impact.

The Brookings Institute reports that U.S. students will lose 2.5 percent of lifetime earnings so far and that the cost to the United States in future earnings of just four months of lost education is $2.5 trillion—12.7 percent of annual GDP. Analysts working on the Penn Wharton Budget Model reported last October that school closures will have cost students approximately $43,000 to $57,000, or between 4 and 5 percent in future earnings, more for younger students.

Parents, and the general public, have inherently understood this longer than most. Rather than backing the same kinds of schools, same structures and pedagogy, new schooling trends are emerging.

Remember when Catholic school closings seemed like daily news? This past August, a new, innovative Catholic school in one of Baltimore, Maryland’s toughest neighborhoods opened its doors. According to press reports, the Mother Mary Lange Catholic School “replaced a notoriously rough public housing high rise.” On the first day, the school was oversubscribed and had dozens on waiting lists.

While national numbers aren’t available yet for the start of the ‘21-‘22 school year, the national trend is clear. As just a sampling, enrollment and waiting-list numbers are up in Harrisburg, Chicago, Hartford, San Diego, Springfield, Minneapolis, and Nashville, following a decade of steady declines and a 6.4 percent drop in Catholic-school enrollment in the year pre-Covid.

Then there are virtual schools, long considered niche schools for only a fraction of students. The nation is now experiencing an increase in online enrollment. Virtual charter schools, able to endure the pandemic because online learning was already the norm, experienced a surge in enrollment and are now jam-packed. Many education leaders are angry that these schools drew federal funding as they expanded. Such long-held opposition to virtual charter schools has influenced the adoption of policies banning their expansion during and even post-Covid in many places, such as California, Illinois, Pennsylvania, and Oregon, despite their becoming a lifeline for hundreds of thousands of students whose traditional schools failed to open or deliver quality remote education. And while some in education oppose online schools, many districts have created and continue to grow their own.

Many parents also created their own full-service learning programs, and these, too, are on the rise. Learning or parent pods, once organized for the evolving emergency, are now commonplace, especially among lower-income families. Providing personalized learning to students in familiar locations in communities (libraries, community centers, etc.) or in homes, these specialized, localized pods, once reserved for the affluent, are democratizing specialized learning opportunities.

While student need and parent demand were the initial impetus for these Covid-induced changes in education delivery, they have continued to grow as a result of aggressive state policy action. In the past year alone, sixteen states have enacted laws that shift funding to education providers outside of traditional systems. These include new Education Savings Accounts and scholarship programs, expanded charter schools, and funding for parent pods.

New opportunities have challenged prior conceptions of what education can and should be for students. The impact on traditional education is severe and much overdue. Some school districts have reported that they are unable to account for hundreds if not thousands of prior year students. The School District of Philadelphia, for example, says over 1,000 students are "unaccounted for.” For Florida’s Broward County, that number is 6,000. While no one knows for sure, it’s likely that these students are in alternative learning environments.

The data suggests that this transformational trend will only continue to grow.