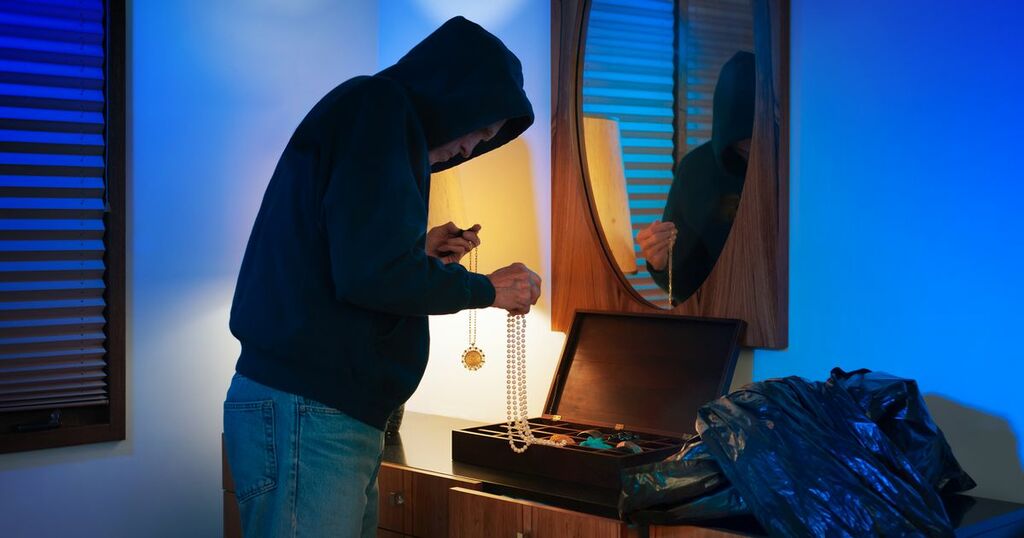 An urgent warning has been issued over a worrying new technique used by burglars to break into homes and vans.

Several cases of burglars blowtorching and then snapping locks to gain access to properties have been reported.

Homeowners have been warned that Christmas and the following period sees a dangerous rise in criminals trying to break into homes and vans.

Burglars will try and snap the locks off the home before gaining entry but there is one way to stop this from happening.

Locksmith L & E Ltd said criminals failed to gain access to one off their customer's homes as it was fitted with snap-resistant locks.

Company director Elizabeth John explained that they had previous installed the locks on the customer's doors meaning the intruders failed to gain entry.

Elizabeth told the M.E.N. : "We do find that Christmas time is absolutely rife for burglaries and people trying to gain access to homes and vans.

"The reason intruders use blowtorches is that they are trying to remove the handle from around it, so they can get a good grip on the lock to then snap it.

"On standard locks, once the lock snaps, the door will open.

"So it’s all about gaining access to try and get a good grip on that lock."

Snap-resistant locks would not allow intruders to open your doors, Elizabeth recommended.

She explained: "Once it’s snapped, a snap-resistant lock will still snap the lock, but your door will remain locked.

"It means unfortunately, the lock and the door will still be damaged, but the intruders won’t have gained access to your home.

“I think people don’t understand until it happens to them.

"And it’s quite frustrating for us, because we say, ‘look, everybody needs to have these locks installed’.

She explained: “Usually, people say, ‘if intruders wanted to get in, they would smash a window.’

"But, actually, they wouldn’t smash windows, because it makes a lot of sound and it’s alerting people.

"Normally, people who have been burgled come downstairs in the morning and see that it’s already happened, because the thieves are trying to make as minimal sound as possible by using these methods."

Finally, Elizabeth urged people to ensure their locks are the right size for their doors.

She added: "A lot of the time, people have tried to install locks themselves.

"So, you’ll see a lock that’s too big for the door, which means it’s sticking out.

"Which means it gives intruders easy access to snap it out without even taking the handle off.

"It’s like Christmas Day for a thief if they see a lock that's too big- they will target locks like that."

Having a snap-resistant lock is what stopped intruders from entering the home of the locksmith's customer.

The customer and her family woke up one morning in December to find their door lock burned and badly damaged.

The customer, who asked not to be named, said: "It was a few days before Christmas, at around 5am, my family and I were asleep at home.

"We heard a noise, so we came downstairs and switched the lights on, but we didn't see anybody in the house, so we then went back to bed.

“It wasn’t until the next morning when my husband put the keys in the door and half the barrel came out with it.

"That's when we realised what had happened."

CCTV footage showed that the intruders were wearing balaclavas.

The police have been looking into the incident and have been supporting the customer's family.

The customer added that the incident has been distressing for her family, especially at it happened so close to Christmas.

She is now having to get the door replaced, which is costing her between £400 and £500.

She continued: “It’s just been horrible, because you're waiting for the intruders to come back all the time.

"We’ve just not slept properly since, to be honest.

"We have a child in the house, so you don’t want thieves coming back and getting into a confrontation with them.

"So, the expense and the stress is not ideal.

“But the police have been really good.

"Had we not had the snap-resistant lock fitted, the thieves would have come into the house, 100%."

The customer also added that her home was marked with a paving slab outside a couple of weeks before the attempted burglary.

Below are tips that Elizabeth and the customer shared: