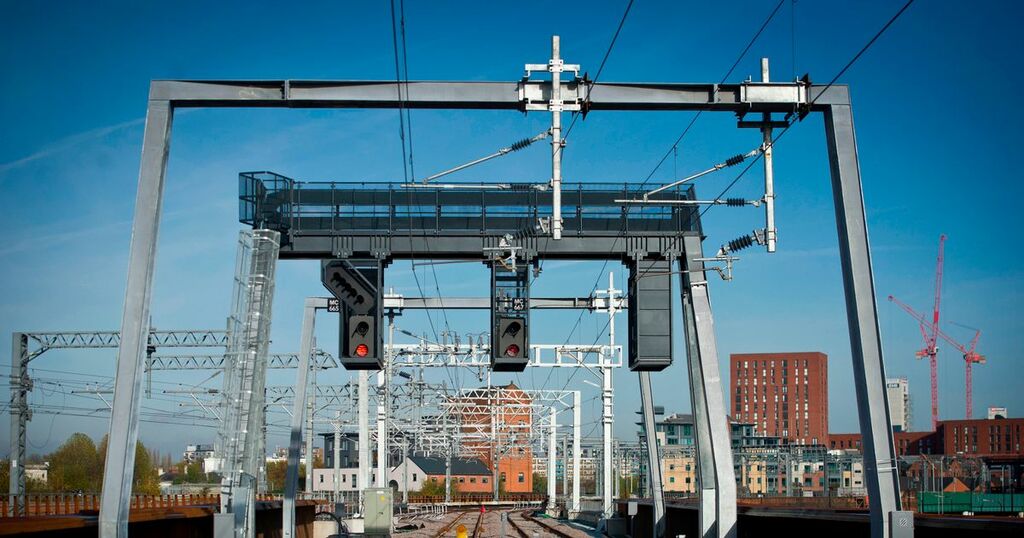 A new 'high-performing' rail timetable has been approved for Manchester, aimed at cutting delays by 25 per cent and unclogging 'bottleneck' areas like Castlefield.

It's expected to come into force in December 2022, but a second period of public consultation is also likely beforehand.

The first - after which the timetable was developed - was launched 'to address the poor performance of the rail network in the Manchester area which has been the source of much train delay on rail services across the whole north of England since late 2017'.

"Passengers have been experiencing poor performance to, from and through central Manchester for too long," said the consultation document.

"The key objective of this work has been to find timetable-based solutions for making performance much better. Better performance in the Manchester area will have far reaching beneficial impacts across the north of England rail network."

Increases in train frequencies have put 'greater demands on the whole network' in Manchester, added the document.

But the 'congested' two-way track through Manchester Piccadilly and Deansgate via Manchester Oxford Road - the 'Castlefield Corridor' was singled out.

"This has consequently pushed the railway beyond the point at which it can operate reliably," the document added.

The Department for Transport (DfT) said the schedule would boost punctuality and journey times.

Before the coronavirus pandemic led to a collapse in demand for travel, services around Manchester were regularly disrupted, creating further delays across the North.

Problems were further exacerbated by the chaotic introduction of new timetables in May 2018.

The DfT said the congested Castlefield area has constrained the flow of trains for several years and 'generated millions of minutes of costly and damaging delays'.

The consultation contained options for keeping or scrapping certain services in a bid to limit the risk of knock-on delays when trains are held up.

The introduction of the new timetable was initially due to happen in May 2022, but it has been pushed back by six months in an attempt to ensure it happens smoothly.

Rail minister Chris Heaton-Harris said: "This new timetable has been built around the voices of Manchester that helped design it, focused on cutting delays on Manchester’s railways and boosting punctuality.

"Our Plan for Rail sets out our commitment to putting passengers first when it comes to our rail network.

"The work we are doing to fix Manchester’s railways, which were bursting at the seams pre-pandemic, is all part of us building back better from Covid-19."

But some stations will not be served by trains running between Manchester and Liverpool, and no additional station calls will be added to trains operating between Huddersfield and Manchester above the December 2019 timetable.

The DfT said final details of services would be refined ahead of launch, and there will be ongoing public involvement in the process.

Louise Gittins, Interim Chair of Transport for the North, said: "While rail travel has been significantly suppressed by the COVID-19 pandemic, all our data suggests that in a relatively short time this rail corridor will, once again, be under severe pressure unless we take action now.

"The task force has, in phase one of this consultation, put forward a strategic framework for rail services, which rail operators will now consult with the public on in detail. What really matters is that, while this work is going on, simultaneously, significant work will be underway to address some of the fundamental structural issues of this network that need fixing."

David Sidebottom, director at the independent watchdog Transport Focus, said: "Passengers consistently tell us that improving punctuality and reliability is their top priority for improvement.

"Any new timetable will involve compromises, but overall, these changes will be an important step to make rail services both more reliable and attractive for passengers across the North."