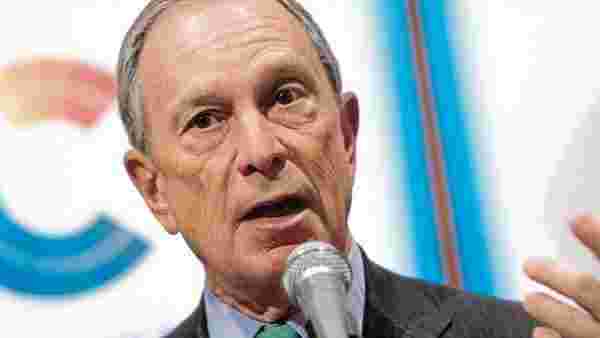 The India-UK Economic and Financial Dialogue (EFD) meeting in early September, among other things, saw the creation of a new initiative to help India achieve its climate financing needs. The Climate Finance Leadership Initiative (CFLI) India, announced on 2 September, will seek to channel private investment to help India meet its Paris 2015 goals. The CFLI, a brainchild of Bloomberg LP owner and United Nations special envoy Michael R. Bloomberg, was created in 2019 to mobilize private finance to aid countries with a green energy transition. The India initiative is CFLI’s first global pilot project.

One of India’s key international commitments in the global fight against climate change is the establishment of 450 gigawatts (GW) of renewable energy (RE) by 2030. For a country that is currently overwhelmingly dependent on coal for its energy needs, that is a pretty substantial commitment, but one that the government is confident of honouring. A potentially fatal stumbling block to this may be finance. The CFLI envisages a shortfall of about $649 billion that India would need over the coming years to reach this target and plans to plug this gap by mobilizing private investment.

CFLI India will be co-chaired by Shemara Wikramanayake, managing director (MD) and chief executive officer of the Macquarie Group, and Natarajan Chandrasekaran, chairman of Tata group. It also comprises several Indian and multi-national corporations and financial institutions. The partnership will be supported by the governments of UK and India, along with the City of London Corporation, the Global Infrastructure Facility, and Bloomberg LP.

In an email interview with Mint, Michael Bloomberg spoke on the CFLI, its aims and what it hoped to achieve in India. Edited excerpts:

BloombergNEF estimates a $649 billion gap in India’s financing needs to reach the 450GW target. How does CFLI India plan to mobilize this investment? What is the time frame that you’re looking at?

CFLI India is focused on the kind of measures that can help increase climate finance around the world: Working with partners to launch financing opportunities tailored to the local market, with the potential to create new models for funding sustainable infrastructure; building public-private partnerships, including with the national government and multilateral organizations; and addressing specific opportunities for policies that break down hurdles to clean energy and sustainable infrastructure.

In terms of time frame: Over the next year, we aim to help drive financing to one or more specific projects that are important to India’s climate goals. Over the next two years, we’ll identify a priority policy opportunity (maybe more than one) and work with the Indian government to address it, while also bringing new technical assistance to support that work.

What will be the nature of the supporting role played by the City of London Corporation, the Global Infrastructure Facility and Bloomberg LP?

Each partner will contribute through its strengths and relationships. The City of London Corporation has been collaborating with India for over 10 years and can facilitate dialogue with the financial industry. The Global Infrastructure Facility (GIF) provides resources to help prepare projects so they’re attractive to investors, and it helps address market conditions that might hinder investment. Bloomberg LP is helping to coordinate the whole initiative and we are supporting collaboration by running the CFLI India Secretariat. We will also provide data and analysis to support the work of the initiative.

Could you tell us a little about the genesis of this idea to raise local private investment to meet climate financing targets? To what extent does it align with your role as UN Special Envoy on Climate Ambitions and Solutions?

The fact is: We can’t reach the goals of the Paris Agreement without an enormous amount of new private capital. At the same time, funding the transition to clean energy and sustainable infrastructure is an opportunity for investors. The opportunities are out there—we just have to fix obstacles that stand in the way of investment, particularly in emerging markets. The CFLI’s latest report outlines what some of those obstacles are, and how to address them.

India is a great example of this dynamic and a natural place for the first major CFLI effort. It has vast renewable energy resources, ambitious plans to utilize them, great opportunities for investors, and so much to gain from switching to clean power—in terms of economic growth, job create, public health, and environmental impact.

The CFLI’s India pilot calls for industry-led initiatives. Will these be industries in the emerging green economy space or also include companies from high-emission industries and sectors?

The initiative will have a targeted approach focused on a number of key sectors and themes identified by industry leaders. They are likely to include things like: electric vehicles and charging infrastructure, grid capacity and stability, industrial water management and recycling, and reducing the emissions from heavy industry.

There is already a lot of momentum to make progress in these areas given the work being done by partners in the initiative, including the Indian government.

What kind of policy signals and market reforms do you envision the Indian government to undertake in line with this new financing?

Policies and incentives can help direct capital to more clean energy projects. For instance, local governments in India are adopting financial incentives and supportive policies to encourage electric vehicle use. That can make a very big difference, but it’s crucial that the electric power come from clean energy, not coal fired power plants.

Does the CFLI initiative look at fostering Indian innovation, especially in the power sector?

Supporting new technologies for clean energy projects is a key goal of CFLI India. The country is taking important steps to make that possible. For instance: Prime Minister Modi recently formally announced the launch of a National Hydrogen Mission to accelerate plans to generate carbon-free fuel from renewables and achieve self-reliance in energy. To help spur more innovation, we’re bringing together a group of local and multinational financial institutions and industry leaders, government partners, and others to coordinate on public policy and financing solutions and share ideas.

Clean technology transfer and climate financing has long been important demands from India and global south to combat climate change. So far, despite plenty of announcements to this end, projects like the Adaptation Fund and the Green Climate Fund haven’t delivered. Can private investments really plug the gap?

Increasing private investment is critical, but there are other important steps that we need to take as well. For instance: As part of the Paris Agreement, wealthy countries pledged to provide at least $100 billion each year to help developing countries fight climate change and prepare for its impacts. That pledge has not been fulfilled—and it needs to be.

Moving on to the COP26 in Glasgow this year. What are the key areas in climate negotiations that you’re hoping to see decisive action in?

In Paris in 2015, Bloomberg helped to pull together local leaders from around the world to highlight the role of cities in the climate fight and the progress they have been making. That helped ensure a strong agreement, and since then, cities have continued to help lead the way. COP26 is a chance to build on that. The more we support cities, the faster we can make progress.

Some of the most important steps we’ve taken since Paris are in the area of climate risk disclosure. Companies want to address the risks they face from climate change, but they often don’t have the data to take action—and that means investors aren’t equipped to make informed decisions. The Task Force on Climate-related Financial Disclosures (TCFD) is working to fix that by helping companies disclose information on climate-related risks and opportunities.

So far, more than 2,500 public and private sector entities have endorsed the framework, including the G7 and G20. COP president Alok Sharma has called on more businesses to support the TCFD in the lead up to COP26, which will help bring even more momentum to this work.

Climate finance has been an important point of contention between wealthy countries and lower and lower-middle income countries in previous COPs and the COP26 hopes to resolve this. Is it reasonable to hope that this will happen?

Governments and businesses have strong incentives to finance the fight against climate change. CFLI India is a great example of how they can join forces—and it can set a strong example that leads to more progress around the world.