New Order at Heaton Park - stage times, support act, how to get there and Covid rules 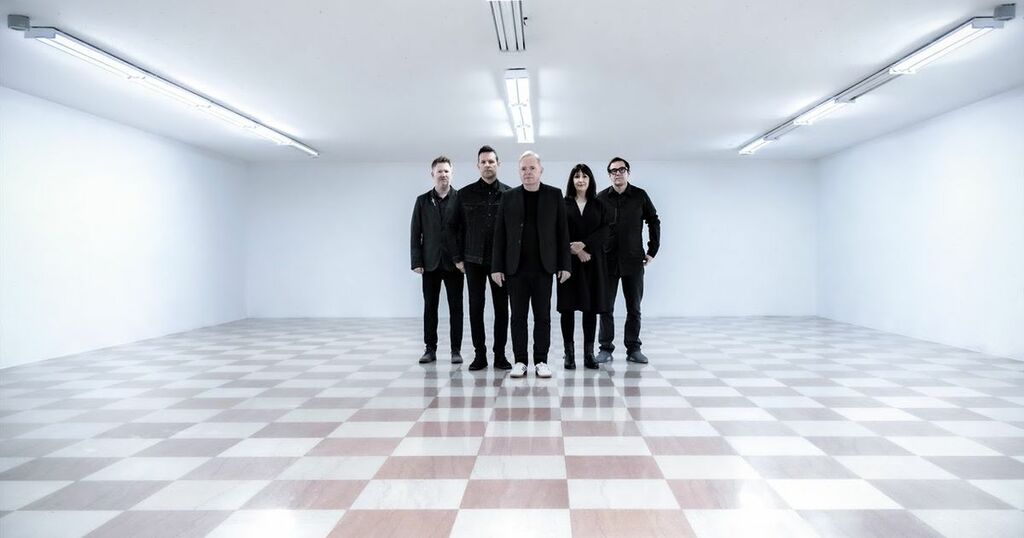 Gigs are finally, FINALLY, back up and running in Manchester, and this Friday will see the biggest concert since March 2020 take place at Heaton Park.

New Order are set to perform at the park on September 10, taking to what will be the Parklife main stage over the weekend.

It will be the band's first hometown show for four years, performing to an estimated crowd of 35,000.

Formed from the ashes of Joy Division in 1980, New Order went on to become one of the most influential electronic acts of all time with enduring hits including True Faith and Blue Monday.

The band released their latest single, Be A Rebel, in September last year - their first new music since 2015's critically-acclaimed album Music Complete.

New Order said: “The connection between ourselves and Manchester has played a pivotal role in who we are as a band.

"We have countless memories from across the city, from our early days starting out, and beyond.

"We promise to bring a celebration like no other to Heaton Park in 2021, and we can’t wait to see everyone come together for a night we’ll never forget.”

Hot Chip will be bringing cuts from their latest album A Bathful of Ecstasy, alongside classics like Ready for the Floor and Over and Over.

Frontman Alexis Taylor said: "We’ve learnt a lot from New Order (including how Bernard likes his tea), and they have made some incredible music, marrying the emotional with the electronic, a synthetic, at times icy beauty with rawness and pop melody.

"They’ve certainly influenced us, as well as us sharing some of the same influences that have informed their music, like Chicago House, Detroit Techno, or Italo Disco.

"But they’re always proudly themselves, and it will be a great honour to play on the same bill with them, in their hometown, and for us to be back on stage in Manchester. Can’t wait!”

Singer and guitarist Sydney Minsky-Sargeant said: “It’s an honour to play with a band as significant as New Order and on more or less home turf too.

"I’m sure it’ll be a day to remember and to be supporting New Order in Manchester will be super special."

What are the stage times?

Gates to the event site will open at 4pm on Friday September 10.

The gig itself will wrap up by 11pm.

DJ Tin Tin will be warming up the crowds between 4pm and 5pm.

Working Men's Club are up first on the live music line up, performing between 5.30pm and 6.30pm.

Then it's a quick handover to Hot Chip, who are on between 7pm and 8.05pm.

The main attraction New Order will start their set at 8.45pm, wrapping up by about 10.45pm.

How to get to and from Heaton Park

Public transport to and from Heaton Park is expected to be extremely busy, but TFGM says that Metrolink services along the Bury line will run every six minutes until the end of the evening.

If you're getting the tram, you need the Bury line, getting off at either Heaton Park or Bowker Vale tram stop.

Heaton Park station will be closed from 9pm, so those heading back into the city centre after the gig will need to head to Bowker Vale.

It's best to check TFGM.com for route planning and the latest travel updates.

All ticket-holders will need to demonstrate their Covid-19 status though the NHS Covid Pass, as per Government regulations.

At the gates, gig-goers will need to demonstrate one of the following:

Proof of vaccination, and of negative test results, will need to be uploaded to the NHS app, which is different to the NHS Covid-19 (Track & Trace) app.

It can take up to 24 hours to verify your account on the NHS app, so bear that in mind when you're prepping for the gig.

Lateral flow tests will NOT be available at the event, so you'll need to order yours in advance from the government's website here.

Can I still get tickets?

Surprisingly, yes! At the time of writing, there are still a few general admission tickets for New Order's Heaton Park gig.

You can grab them from Ticketmaster, See Tickets, and Skiddle.

The best guess we can have is to look at New Order's recent gig in Halifax, with not exactly loads of tour dates to consult.

You can almost certainly expect some Joy Division hits among the huge New Order back catalogue.

This was their setlist from The Piece Hall in Halifax on September 8.