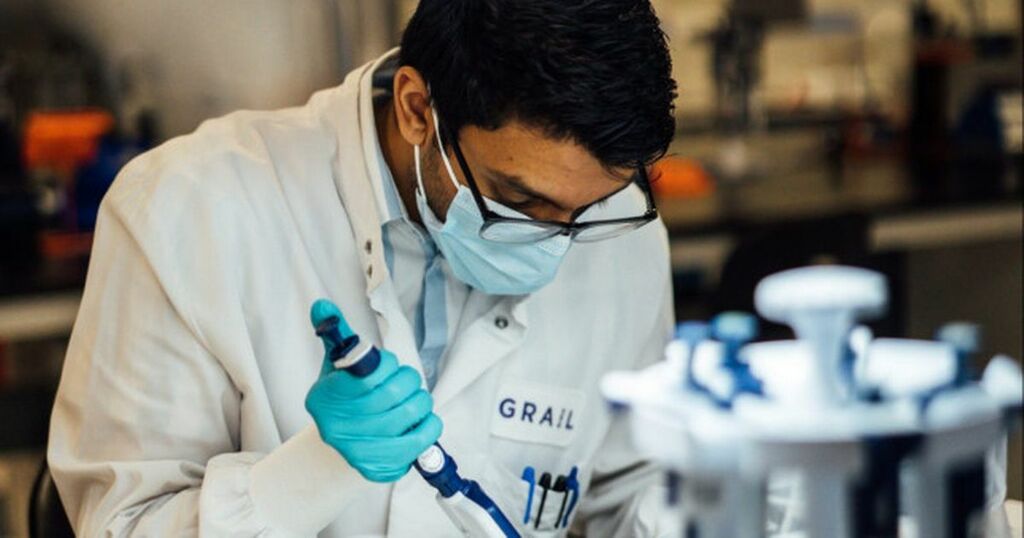 The NHS has started trials for a new blood test that can diagnose 50 types of cancer before symptoms appear.

The simple test is being considered the Holy Grail for early cancer diagnosis and has the power to revolutionise ­treatment and save thousands of lives.

The UK is today launching the Galleri test - which picks up fragments of genetic code from DNA before symptoms such as lumps appear.

It can also detect cancers that are not routinely screened for and can pinpoint where in the body the disease is coming from.

If successful, it will be available to around a million people in the UK in 2024/25.

NHS England chief executive Amanda Pritchard said: “This quick and simple blood test could mark the beginning of a revolution in cancer detection and treatment here and around the world.

“The Galleri blood test, if successful, could play a major part in achieving our NHS Long Term Plan ambition to catch three quarters of cancers early, when they are easier to treat.”

The NHS has sent out invites across the country offering the test to 140,000 people aged 50 to 77 with no cancer ­symptoms.

Another 6,000 with suspected signs have been offered them to speed up their diagnosis.

Blood samples will be taken at mobile clinics in retail parks and community locations. Laboratory analysis produces a result in a fortnight.

The test is particularly effective at finding cancers that are typically ­difficult to identify early – such as head and neck, bowel, lung, ­pancreatic and throat.

Lead trial investigator Professor Peter Sasieni, of King’s College London, said: “We need to study the Galleri test to find out whether it can significantly reduce the number of cancers diagnosed at a late stage.

“The test could be a game-changer for early cancer detection. Screening can find cancers earlier when they are more likely to be treated successfully, but not all types of screening work.”

The test has been developed by GRAIL a healthcare company focused on early cancer detection.

President Sir Harpal Kumar said: “We are eager to bring our technology to people in the UK quickly.

“The Galleri test can not only detect a wide range of cancer types but can also predict where the cancer is in the body with a high degree of accuracy. It is particularly strong at detecting deadly cancers and has a low rate of false positives.”

Each test costs £620 in the US but the NHS has negotiated an undisclosed discounted price. Earlier trial results showed it can detect 68% of 12 deadly cancers.

Half the participants will have their blood screened with the Galleri test right away and samples from the rest will be stored and may be tested in the future.

This will allow scientists to compare the stage at which any tumours are detected between the two groups.

Anyone with early signs of the disease will be referred to hospital for further tests. In England 56% of cancers are ­diagnosed at stage one or two.

The NHS aims to increase that to three quarters by 2028. If found early there are a broader range of treatment options available, which can be ­curative and are often less aggressive.

A patient whose cancer is diagnosed at the earliest stage has between five and 10 times the chance of surviving compared with those found at stage four.