New mum, 26, 'seconds from death' as midwife notices something wrong with her legs 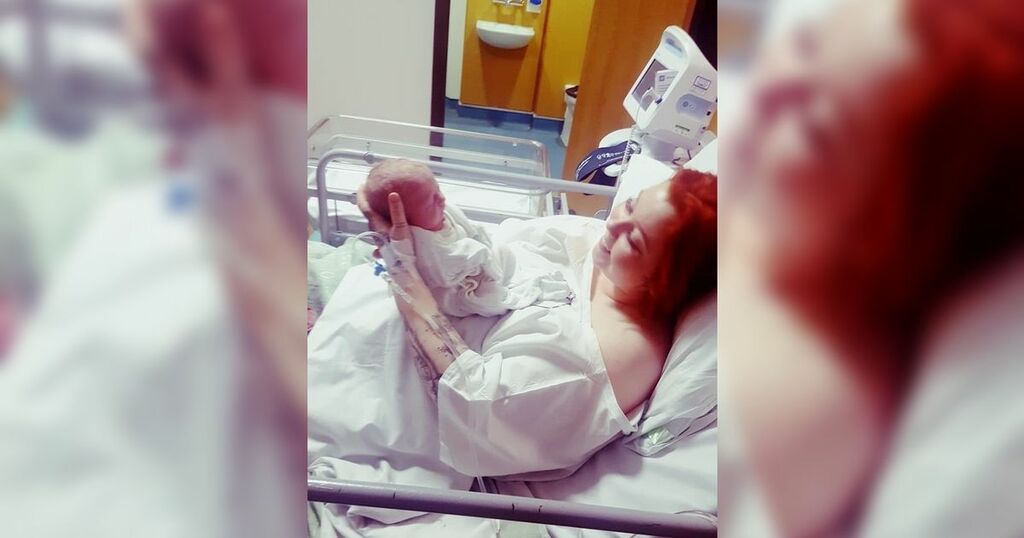 A first time mum was 'seconds away from death' just days after giving birth to her daughter.

Robyn Moore from Birkenhead had just given birth to her baby girl in Arrowe Park Hospital on October 5, 2020 when she began feeling unwell.

The 26-year-old said she was struggling to breathe and her heart rate was 'going mad' after giving birth.

Just six days later Robyn was rushed to hospital after a midwife visiting her home told her to go to hospital immediately due to her legs beginning to swell.

Robyn told The ECHO : "The symptoms all started after I gave birth, my legs were so swollen and big, I couldn't breath even when I was sat on the couch doing nothing and I would wake up screaming in pain due to what felt like severe cramps.

"I knew something was wrong with me but I thought it was normal after pregnancy.

"It wasn't until two midwifes came round and saw the size of my legs that they told I had all the symptoms of a blood clot and I needed to go to hospital immediately."

Robyn returned to Arrowe Park Hospital on October 11 where doctors found a blood clot in her lung and told her she was 'seconds away from death'.

She said: "They told me that if I hadn't come in I would have most likely dropped dead.

"It made me think about my family and my baby, what if the treatment didn't work? What if I died? She was only six days old.

"I was petrified and distraught because I was on my own as covid meant nobody could come with me."

After the clot was diagnosed the 26-year-old was put on blood thinning injections for three months before being put onto tablets.

Doctors now have to keep a close eye on Robyn with regular check-ups and scans to make sure the treatment is working.

She told The ECHO : "If you think something is wrong with your body, please go and get it checked out.

"At the end of the day you know if there's something wrong with you and it could be the difference between life and death.

"I can't believe I nearly lost my life when I'd only just become a mum."