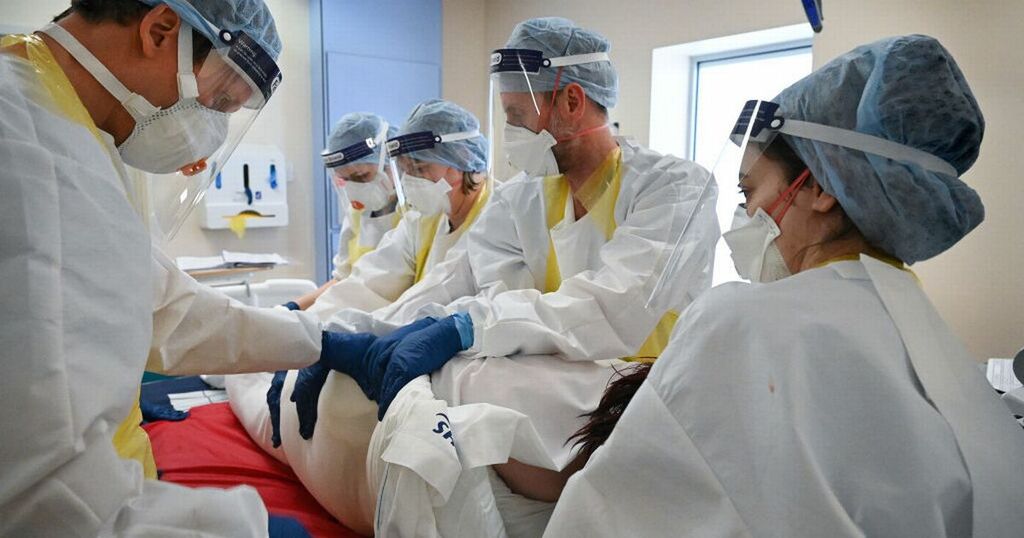 Less than one in 20 people have Covid in Northern England and London, it is estimated - as a new map shows the latest hotspots for the virus.

Researchers believe there are around 183,300 new symptomatic coronavirus cases emerging each day across the UK, but this is a sharp fall from a week earlier.

As the Omicron variants tears though parts of the country, data from the Zoe Covid Study suggests that one in 17 currently has the virus in the North East, while the figure is one in 18 in the North West and the capital.

But there has been a 12 per cent decrease in infections across the country, sparking hopes that the mutant strain has now peaked.

More than half of people with cold symptoms have Covid, the study found.

The public has been warned that 52.5 per cent of those experiencing cold-like symptoms such as a runny nose have Covid.

While the spread has slowed or halted in many parts of the UK, the R number is estimated at 1.2 in the North East - meaning that 10 infected people pass the virus to 12 people.

In London it is now believed to be 0.8 - meaning it is in retreat - while across the UK it is estimated to be 1.0.

The North East is recording nearly 11,000 cases a day it is estimated.

The number of people thought to have Covid in each region is:

Professor Tim Spector, who heads the Zoe Covid study, said that it appears the Omicron wave has peaked.

He said: "Hospitalisation, deaths and early data on the severity of Omicron is also looking positive.

"The other reassuring sign is that cases in the elderly are plateauing at a low level, sparing this more vulnerable group from the worst of the Omicron wave.

"This is likely because this group has been more careful and others are being careful around them. However, we can’t rule out an uptick in children, which could then have a knock on effect on the other age groups."

Prof Spector continued: "Covid symptoms are now for the first time this winter more common than colds and flu and are indistinguishable.

"I don’t expect these rates to go down to zero as Omicron is so infectious that it will probably continue to circulate at manageable levels in the population until late spring.”

Yesterday The Mirror reported that number of patients in hospital with Covid in England has nearly tripled in a month - but fewer people are in ventilator beds than two months ago.

NHS data shows that on Tuesday there were 13,113 people in hospital in England with Covid-19, up from 4,910 a month earlier.

It means that despite the spread of the Omicron variant, which has seen case numbers spiral to more than 100,000 every day since December 22, patients requiring ventilation has dropped 18 per cent in two months.

It is not clear how many people were admitted primarily for Covid, with NHS bosses saying they are detecting a number of infections among people hospitalised for other reasons.