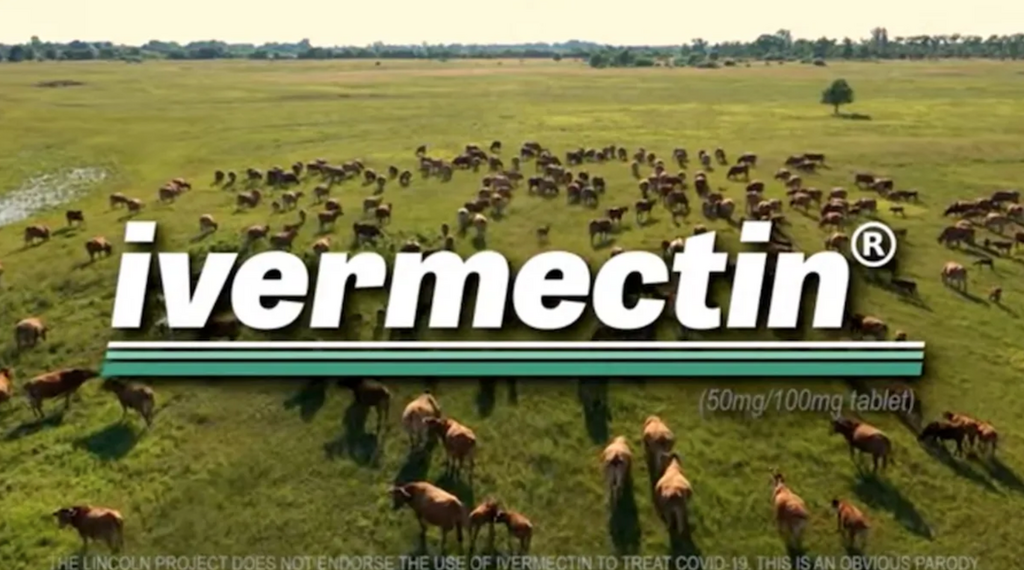 The political pranksters at the Lincoln Project have turned their sarcastic wit to horse deworming drug ivermectin and its growing popularity among conservatives as a treatment for Covid-19.

In its latest parody ad, the political action committee formed by Never Trump former Republican strategists implore people to “join the herd” of Americans opting to take the horse dewormer instead of the Covid vaccine.

The "FDA-approved vaccine might not be the right choice for those who are allergic to reality", the ad’s narrator says.

“Side effects can include uncontrollable vomiting and diarrhea, the inability to pronounce Kamala Harris’ name or a sudden urge to speak to the manager,” it goes on to say, as a horse neighs in the background.

"Some patients taking ivermectin have reported hallucinations of lizard people in the halls of Congress, and in rare cases finding Joe Rogan’s podcast helpful and/or informative.”

Mr Rogan, who has a $100 million contract with Spotify to exclusively broadcast his podcasts, revealed last week he was taking a cocktail of experimental drugs, including ivermectin, after contracting Covid.

He has previously said young people have no need to take the vaccine. He later described himself as a “moron”.

“Call your doctor if you begin to experience delusions of grandeur about the supremacy of your race. Homicidal thoughts or actions toward your elected representatives can occur without warning,” the ad continues.

The ad concludes by encouraging people to "join the herd and talk to your large animal veterinarian about ivermectin today”.

The Food and Drug Administration has warned against taking ivermectin, which is only approved for human use to treat infections from parasitic worms and head lice.

“There’s a lot of misinformation around, and you may have heard that it’s okay to take large doses of ivermectin. It is not okay,” a fact sheet on the FDA’s website states.

The group is mostly made up of former Republican political consultants including Rick Wilson, Steve Schmidt and Tara Setmayer.