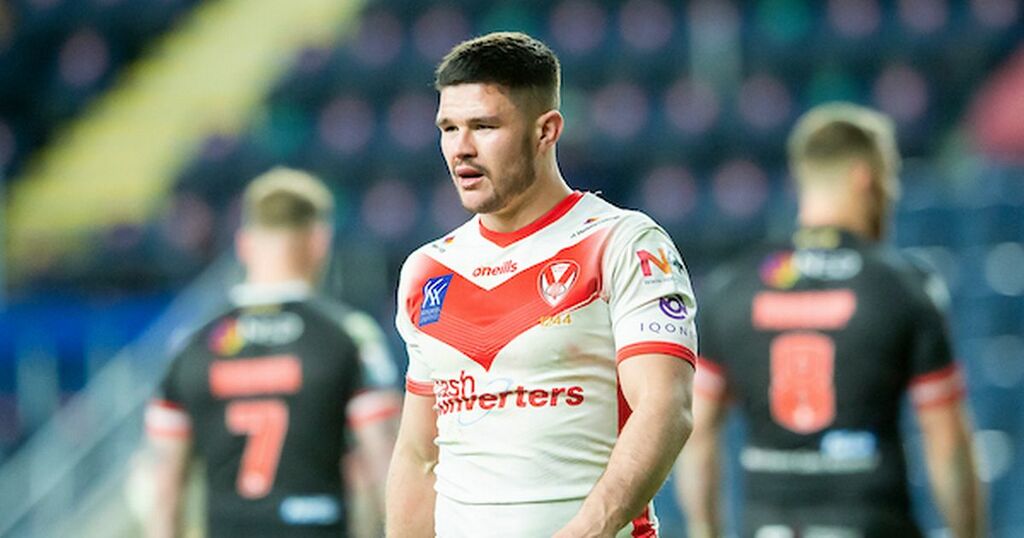 James Bentley could be set for a serious spell on the sidelines after suffering a potentially long-term injury in St Helens' defeat to Catalans.

The Leeds Rhinos-bound forward was taken off following a 'crusher' tackle by Sam Kasiano, which resulted in the Dragons prop being sin-binned.

But he has not received further punishment and will be cleared to play for the Dragons this weekend.

This has left Saints coach Kristian Woolf bitterly disappointed, going as far as saying Bentley has been let down.

The news will naturally bring concerns for the Rhinos, given the uncertainty surrounding the injury. Saints said there is no current timeline for his return.

"He's seeing specialists, he's going to see more specialists. It's not a clear-cut one in terms of when and how long he's out for.

"We're really disappointed with the result of the MRP (Match Review Panel) on the James Bentley tackle. It was seen as a serious enough tackle to sin-bin on the day by the referee and video referee. There's no doubt James has been put in a really vulnerable position there and he's also suffered a significant injury as a result of the position he was put in.

"We've got rules in place to protect players and that's essentially why we have rules in our game. The MRP are put in place to make sure those rules are upheld. My personal feeling is that we've let James Bentley down in this instance.

"As I've said before, I'm not sat here trying to get Sam Kasiano charged, that's not my motive one bit, accidents happen in our game, I don't think there was anything intentional and I don't think he's a dirty player by any means. But James Bentley was put in a dangerous position and a serious injury has come as a result of that. That's why the MRP is in place."

Bentley, whose injury is understood to be a spinal one, could now miss a long period of time.

'Crusher' tackles have previously brought suspensions, usually categorised at 'Grade B', yet no action was taken here.

Saints themselves have had suspensions for similar tackles this year, with Alex Walmsley and Aaron Smith both charged.

The fact Kasiano was sin-binned only adds to the confusion, and disappointment, felt by Saints.

A number of prominent figures within the game have criticised the Match Review Panel this year. Richard Agar, Michael Carter and Alex Chan are among those that have spoken out and subsequently been fined.

It remains to be seen whether Woolf gets the same treatment, but the apparent inconsistency remains an issue that frustrates fans, players and coaches, and needs to be rectified, even if it is as simple as providing more transparency.

For clarity, Kasiano was cleared with the following comments made: "Attacking player tucks his head and is part of the actions of the tackle in pulling the defending player onto him."