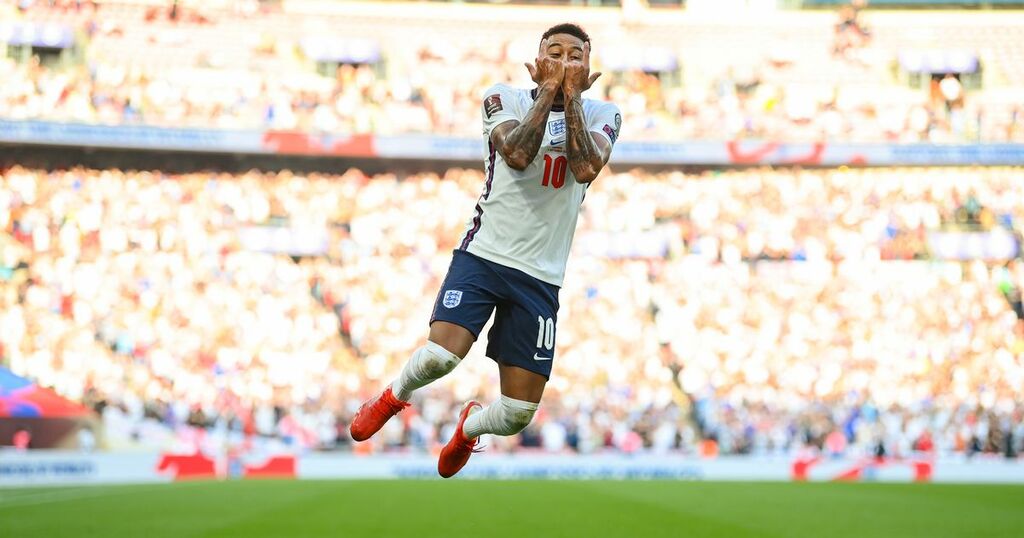 The sight of Jesse Lingard scoring goals while wearing the No. 10 shirt for England on Sunday should be a precursor to his season for Manchester United.

Lingard might not have played directly behind a striker for the Three Lions, but he drifted into that role often enough, getting into goalscoring positions centrally, something he also excelled at for West Ham in the second half of last season.

After the 28-year-old's string of fine displays for the Hammers, it was expected he would leave United permanently this summer, but that never came to fruition and now he has the chance to add to his 211 appearances and 33 goals for his boyhood club.

Chances at United might be hard to come by for Lingard - who is in the final year of his contract at Old Trafford - given the attacking resources available to Ole Gunnar Solskjaer, which were only strengthened by the stunning deal to bring Cristiano Ronaldo back to the club.

Lingard can operate from the left, but even with Daniel James leaving that remains a position of strength, particularly if Paul Pogba is used there as often as he has been so far in 2021.

But United might still have an ideal role for Lingard this season and it's one they struggled with last season, as an ideal Plan B for Bruno Fernandes when the chief playmaker needs resting in cup games.

United have often found themselves overly reliant on Fernandes, which is probably not surprising given his stunning impact since signing from Sporting Lisbon in January 2020. Last season Donny van de Beek was often given a chance in that role, but he interprets the position differently, as he revealed in his recent comments.

The Dutchman probably needs a run of games in a deeper midfield role to try and press his case to Solskjaer.

But in the second half of last season, Lingard showed he has the capabilities to be an attacking threat in the position Fernandes plays for United, which is often a second striker rather than a midfielder.

He scored nine goals and claimed four assists in his 16 games on loan at West Ham, when he generally played as an attacking midfielder with a double pivot - in Declan Rice and Tomas Soucek behind him - just as Fernandes does for United.

Playing second fiddle to a player guaranteed to start the biggest games for United might not be Lingard's ideal role at the club, but it should still ensure him plenty of minutes and his continued selection by Gareth Southgate shows his England place is relatively secure as long as he doesn't disappear from view completely.

That shouldn't be the case at United for two reasons.

Firstly, cup competitions can still offer a significant bonus for Solskjaer this season and the feeling is he needs to bring a trophy to Old Trafford. Secondly, United must treat Fernandes with caution. He has begun to look jaded towards the end of both of his campaigns at the club.

There are understandable reasons for that, given the circumstances of the schedule given the pandemic, but there's also a sense he's been overplayed at times.

When he was rested last season, he was often called on to come and rescue games, such as the 45 minutes at West Ham in December in the Premier League, 25 minutes against Liverpool in the FA Cup fourth round, another 48 minutes against the Hammers in the same competition a round later, and around half an hour in the quarter-final defeat at Leicester City.

United would rather keep Fernandes out of the firing line in some of these games and Lingard could allow them to do that given his form recently. There are a couple of games coming up that could suit rotation, notably at Young Boys in the Champions League opener next Tuesday and against West Ham in the Carabao Cup eight days later.

If Lingard can start both of them and have an impact, then it could be good news for United and for Fernandes this season.