New Jersey Senate president Nick Scutari (D) and Sen. Brian Stack (D) held a public hearing on the implementation of the state’s adult-use market on Thursday. “This is an informational hearing on the implementation of the adult-use recreational cannabis market in New Jersey,” said Senator Scutari, who supports medical and recreational cannabis law

The hearing was organized by the Senate Judiciary Committee, chaired by Sen. Stack. Scutari was the previous chairman of the committee that helped push for the legislation and he rejoined it during the event.

Jeff Brown, executive director of New Jersey’s Cannabis Regulatory Commission talked for almost two hours before the committee, joined by other top members of his staff, though CRC commissioners were missing. The committee also took several hours of testimony from patient advocates, and marijuana operators such as Green Thumb Industries (OTCQX:GTBIF).

Here’s what was tackled at the hearing.

Both Democrat and Republican lawmakers pressed Brown about workplace impairment tests, pricing and more. They repeatedly inquired about regulations for setting up Workplace Impairment Recognition Experts, or WIREs, who are in charge of physically examining if an individual is high on marijuana, reported Politico.

Under the current cannabis law in The Garden State, employers are not allowed to take action against employees based exclusively on a positive test in that THC can remain in the bloodstream for weeks after initial consumption. Hence WIREs should determine if an employee is high at the moment.

As it turns out, the CRC, which is meant to establish rules for these experts, has made little progress to date.

“I would only ask you that the word expeditious come across in capital letters and you get this thing done like ASAP,” said Sen. Fred Madden (D-Gloucester). “Get something out to us so that we can start providing the people some direction. It is extremely, extremely critical.”

Brown responded, “While I don’t have a specific timeline on the new regulations, that’s not to say that there’s no work happening. We will certainly keep the committee abreast of timelines and when things are up for adoption.”

Sen. Anthony Bucco, R-Morris added. "This is a huge area that needs to be addressed," "You have a lot of people out there who are just waiting for the ability to get these folks in place so they can follow the regulations without the possibility of (a lawsuit),” reported app.

The Question Of High Prices

Sen. Troy Singleton (D-Burlington) asked Brown about lowering the prices of medical marijuana, which has been a priority issue for consumer advocates, the CRC, and lawmakers.

According to Brown, prices for medical cannabis are the same as in the neighboring states or around $41 for an eighth of an ounce.

Singleton wanted to know the best way to lower the prices, upon which Brown suggested expanding the market by adding more licensed operators.

"It's simple supply and demand," Brown said, as reported by app. "We have a lot of demand and limited supply. It's about getting new businesses licensed, giving new opportunities to entrepreneurs and that's how we lower the prices."

Singleton said that CRC should be “speeding that process up” to get more licensed operators.

“Many in [the medical cannabis program] are telling me that they are being priced out of their ability to access their medicine because the pricing isn’t doing what you’re saying it’s doing,” Singleton said. “Maybe it’s the location of where they’re going ... But I’d love to have a deeper understanding of that because anecdotally what I’m hearing is not consistent with what you just said.”

Singleton, who has been known as a supporter of the marijuana home grow concept suggested the following, "In the interest of adding more supply and adding more people, would it be logical ... if you were to allow home grow so you can have some downward pressure as it relates to pricing?"

Currently, the cultivation of one marijuana plant in New Jersey is a third-degree crime, with a prison sentence of up to five years.

Brown, however, refused to talk about the possibility of home cultivation, saying it's out of the CRC’s control. "I can't speak to that necessarily, I haven't seen any data on it.” 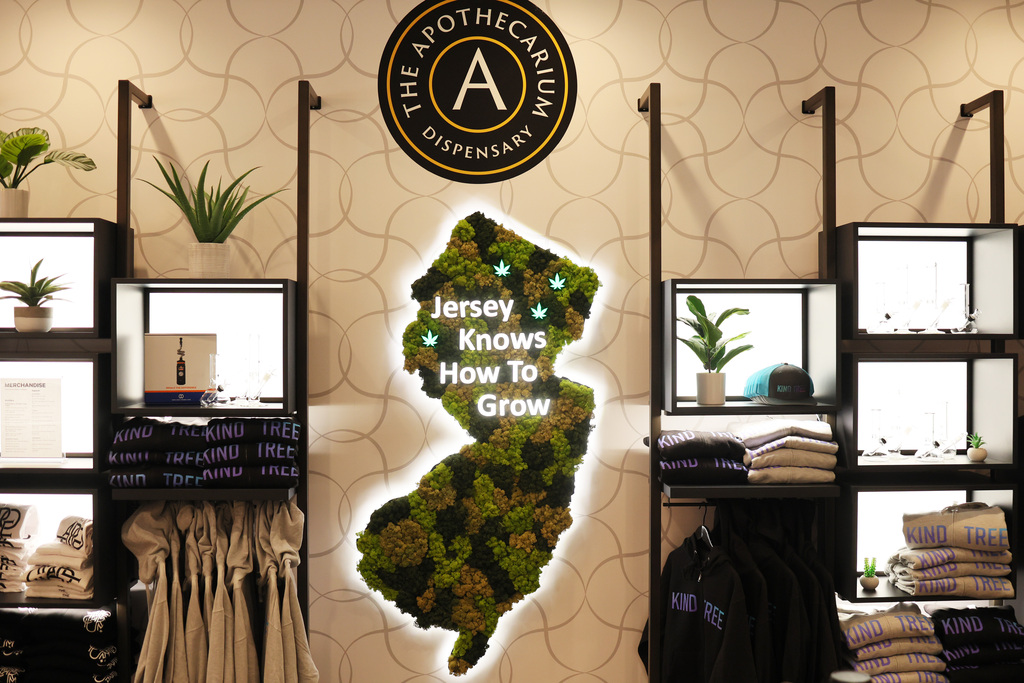 Melissa Fults, a board member of Arkansas NORML and a medical marijuana patient advocate withdrew her adult-use cannabis amendment petition preferring to wait until…