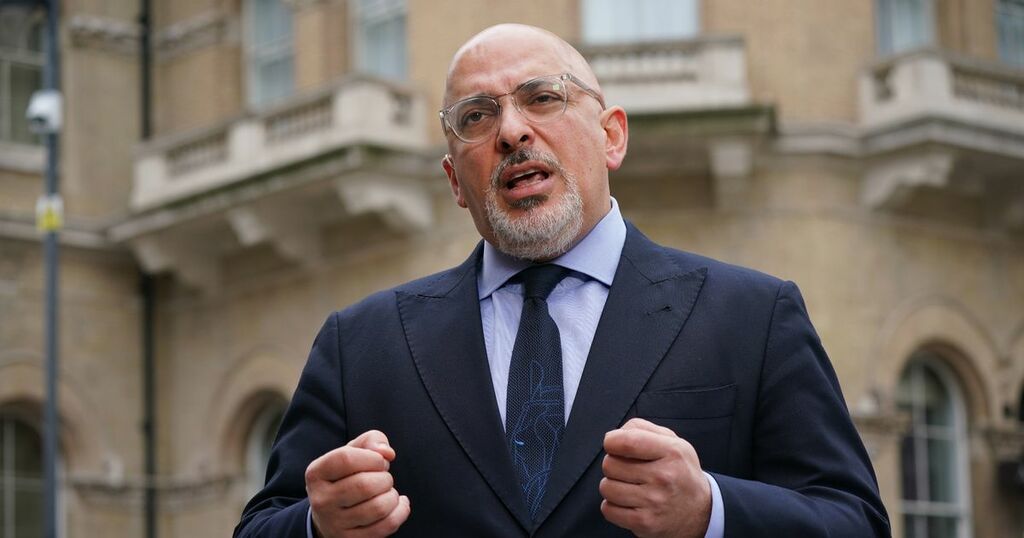 Boris Johnson sacked disastrous Gavin Williamson and replaced him with multi-millionaire Mr Zahawi, who is also Vaccines Minister, in a Cabinet reshuffle on Wednesday.

Back in October last year, when ministers were under pressure from campaigning football star Marcus Rashford to extend free school meals, Mr Zahawi claimed hard-up parents did not want food for their kids to be completely free.

The bungling former oil executive – who once billed taxpayers for heating his horses' stables – claimed they wanted to pay "£1 or £2" instead.

The Prime Minister chose to do his reshuffle on the day of a vote aimed at stopping the £20-a-week cut to Universal Credit, which is predicted to plunge families into poverty this winter.

The Government ignored the vote and the cut will come into force at the end of this month.

"We've put over £9 billion into Universal Credit to help exactly those families that need that help, and we continue with the policy of holiday clubs.

"Although they valued the meals, they didn't like the labelling of them being free.

"But they valued the additional focus on exercise and on reading fun books and so on through the holiday."

He said: "I actually introduced the pilot with Frank Field when I was children and families minister, to do basically meals and other activities for children.

"Because actually, many of those parents, if you look at the behavioural studies that were done after that pilot, didn't necessarily want just the free school meals.

"They wanted to the activities as well in holiday clubs, and we will continue to support those around the country in the areas where the most vulnerable families and children live.

"But we've made a big, big investment obviously in the free school meal system.

Mr Zahawi earned £241,000 a year in his second job as an oil executive before becoming a minister. The job at Gulf Keystone Petroleum also paid him a £253,200 bonus with no additional hours in 2017.

All the interests were declared to Parliament and there is no suggestion he broke any rules.

Mr Zahawi was forced to apologise in 2013 after the Sunday Mirror revealed he claimed expenses for energy used to run the stables on his private estate.

Speaking in the debate on Universal Credit, shadow work and pensions secretary Jonathan Reynolds said: “Of course we should get people back into jobs but it is simply false to say the choice is between keeping the uplift and doing that.

“Let me remind the House again: Universal Credit is an in-work benefit. Almost half of the incomes that MPs opposite wish to cut are of people in work.”

Mr Reynolds also said: “The human cost of taking this money away cannot be overstated."

Work and Pensions Secretary Therese Coffey said the Government timed the end of the UC uplift to match the end of the furlough scheme, and said more people would benefit from plans to boost “pay, prospects and prosperity” in work as the £20 uplift ends.

She went on: “As our economy continues to recover it is right that we are investing in jobs and skills to boost pay, prospects and prosperity for people right across the UK as part of our plan to level up and build back better.”