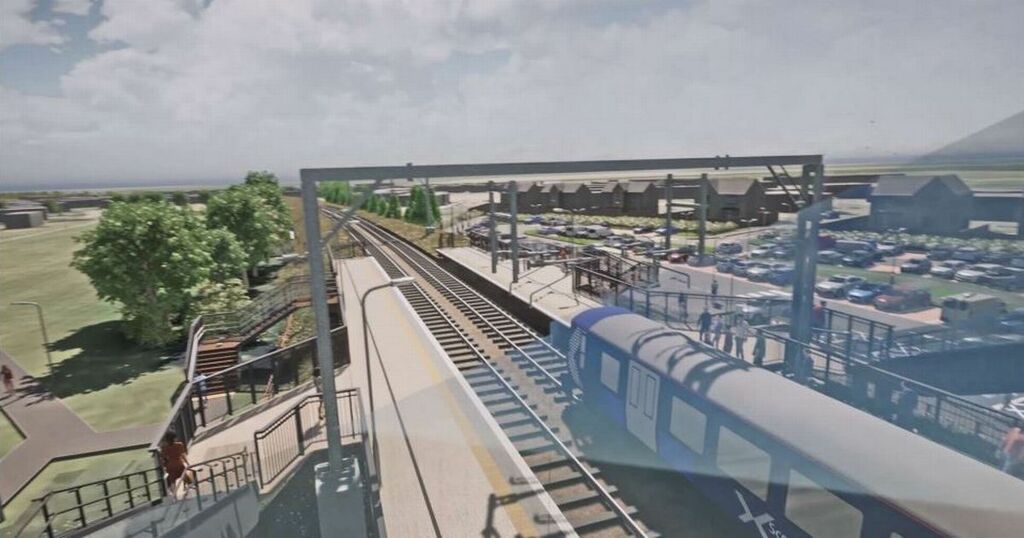 Fears a new railway station will become a “white elephant” have been raised as councillors gave it the go ahead despite not knowing how many trains would use it.

Questions about the service which would be provided from the station went unanswered as councillors were asked to approve plans for East Linton Train Station.

And concerns were also raised that the tannoy system on the raised platform would be “heard all across the village”.

Network Rail told a meeting of East Lothian Council’s planning committee the new station was an “exciting” project which would be “designed to be sympathetic” to its surroundings.

The rail firm’s lead town planner Nicola Slaven said: “It will support local communities and the economy creating a fully accessible station for all.”

However she was unable to say how many trains would serve the station on a daily basis when asked by ward councillor Sue Kempson, adding that decision was taken by Transport Scotland.

Councillor Kempson said: “The number of stopping trains will be absolutely critical.

“I think East Linton stands to lose more than it gains from this train station.”

Councillor Lachlan Bruce pointed to Reston Railway Station which is being built in the Borders and has been revealed to be only being used for some cross border trains.

He said: “We have to ensure this does not become a white elephant. I am disappointed Transport Scotland are not here (at the meeting), I think Reston is getting four trains a day.”

East Linton Railway Station has been ten years in the planning and Ms Slaven told the committee that once planning permission was granted work would begin building the station “as soon as possible”.

Funding for new stations at East Linton and Reston was approved at the same time and Reston is due to open next year.

However it was revealed in June that a draft timetable for Reston had just one LNER and three CrossCountry services a day calling a the station in each direction.

It stated the CrossCountry stops would be provided by switching them from Dunbar and ScotRail confirmed it is not providing a stop service at Reston.

Campaign group Rail Action Group East of Scotland (Rages), described the decision as ridiculous with president Tom Thorburn saying: “We are aghast at the proposed timetable for Reston and the robbery of trains from Dunbar.”

It will have a footbridge between the platforms linked together with lift towers to make it accessible to all.

A Transport Scotland spokesperson said: "We are currently working with the industry to agree a suitable service pattern at East Linton station which will be confirmed later in the year, building on the success of the service already agreed for the new station at Reston.

"We will of course keep East Lothian Council updated as the plans develop.”

He pointed out that the platform is 6 metres high and a speaker would normally be another 3 metres above that.

He said: “Everyone in the village will be able to hear announcements.”

Planners agreed to ask for a noise report to be approved as part of planning conditions to address the concerns.