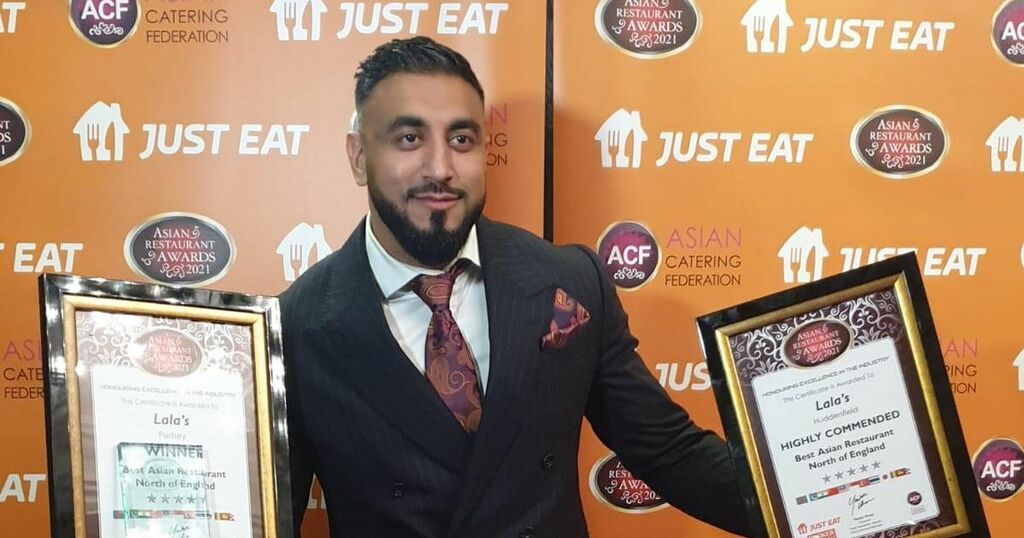 A Pudsey curry house, Lala's, has scooped the big boys after winning the best Asian restaurant award in the north of England.

Owner Junior Rashid who turned a former pub on Bradford Road into a stunning restaurant said he was delighted by the award given to him by the Asian Catering Federation at the Manchester Mercure Piccadilly.

He only opened it in January 2020 and said it was a fantastic achievement given they were up against seasoned heavyweights such as Akbars and Aagrah.

For more Pudsey news head to our dedicated Pudsey homepage

Mr Rashid who owns several other restaurants in West Yorkshire, said: "We didn't expect a lot because some of these restaurants have been around for decades and there's a lot of curry houses in the north of England.

"I've looked up to some of these restaurants for a long time so to win against them was quite overwhelming.

"This achievement is quite something because we have only been open for a short time and we have had to deal with the pandemic too.

"But we are a great team and I was glad to win for all of us. It's really very flattering and it was a great night.

"We spared no expense in renovating this pub and it does look very well but it is the food and service that matter and we always go the extra mile to please our customers."

The Huddersfield branch of Lala's which is situated in St George's Square, Huddersfield town centre, also won best commended at the awards.

To get the latest email updates from Leeds Live, click here.