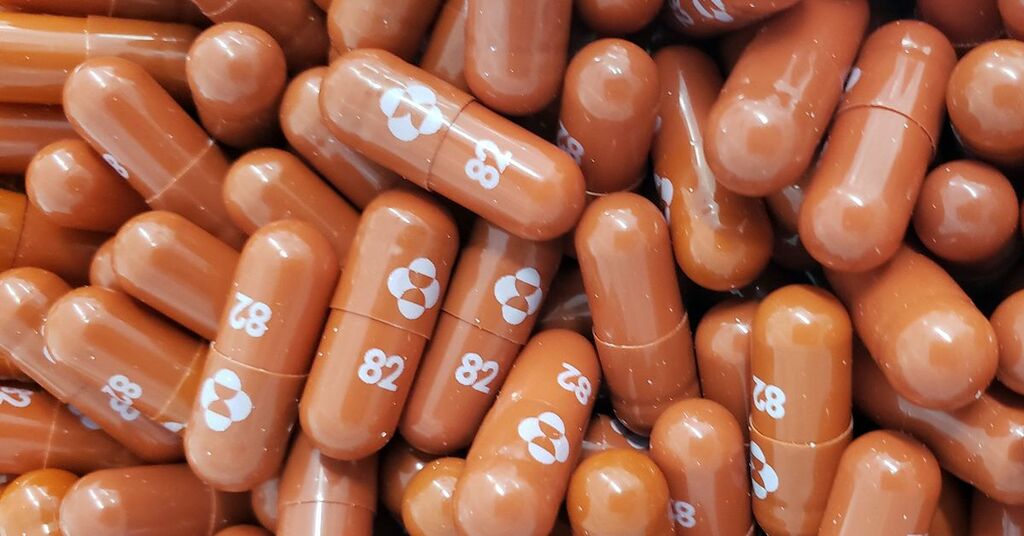 Several new COVID-19 treatments are expected to become available within the next few months.

Each drug fills a slightly different role, but together they could change the course of the illness, at least in the United States.

An experimental antiviral from Merck and a monoclonal antibody from AstraZeneca, along with a handful of other drugs making their way through the development process, could make COVID-19 a much less fearsome disease.

“We’re at the point where if we could use these medications all to their interlocking benefits,” said Dr. William Schaffner, an infectious diseases specialist at the Vanderbilt University School of Medicine in Nashville, Tennessee. “We could really begin to control the impact this virus has on us.”

Experts don’t see COVID-19 going away. But they do foresee a future in which it’s more like influenza, which in a bad year kills as many as 52,000 people, most of them children or seniors. More than 700,000 Americans have died of COVID in the past 20 months.

The drugs could be taken in sequence, offering layers of protection to prevent disease and then, if someone falls ill, to reduce the risk of a severe case.

Most need to be taken early in the course of infection, which makes it even more important for people to be tested quickly, said Dr. Rajesh Gandhi, an infectious diseases specialist at Massachusetts General Hospital and Harvard Medical School.

“If you’re in a situation where you are not able to get tested or or it takes too long to get the result back,” then the drugs won’t work, Gandhi said. “Testing and treatment go hand in glove.”

None of the drugs is a substitute for vaccination, he said, noting that vaccines cost less than $12 a shot — funded by the government — and provide excellent protection against severe disease.

But vaccines don’t work perfectly, and they don’t provide strong protection for immunocompromised people or those whose allergies prevent them from getting shots.

“These are essentially backups to vaccines,” Gandhi said of the treatments that are in the pipeline. “They’re not a substitute for vaccines.”

The Merck antiviral, a pill called molnupiravir, when taken at the first sign of symptoms, reduces the risk of severe disease by half, according to the company.

“It’s going to be huge,” said Dr. Daniel Griffin, chief of the division of infectious diseases for ProHEALTH, a healthcare provider in New York.

Though the antiviral is most effective if given within two to three days of symptoms, that it reduced symptoms by half up to five days later is “pretty exciting,” Griffin said. It often takes people a few days to realize they are infected.

This past week, AstraZeneca released trial data about its monoclonal antibody that showed the double shot, when given within a week of the first symptoms, can cut the likelihood of severe disease by half in people at high risk. Given within five days, the chance of severe disease is cut by more than 67%, according to the drug-maker.

It also will offer long-term protection, up to 12 months, the company predicts, meaning it could dramatically improve the lives of people who are immunocompromised and can’t get adequate protection from a vaccine.

Dr. Hugh Montgomery of University College London, who helped lead the AstraZeneca trial, said his sister is being treated for breast cancer. Chemotherapy weakens her immune response and makes it unlikely a COVID vaccine will protect her. The long-lasting protection provided by the monoclonal antibody AZD7442 could allow her to see her family and leave home, he said.

The people in the AstraZeneca trial weren’t vaccinated before getting the drug. Gandhi said he wants to know whether the combination of the vaccine and the antibody will have extra benefits.

“I would be thrilled if they could show that the antibodies add to the protection immunocompromised people receive from vaccines,” he said.

What remains unclear, Gandhi said, are whether the antibody would prevent someone from passing on the virus and whether it would shorten the duration of illness.

AstraZeneca has requested emergency authorization from the federal Food and Drug Administration to use AZD7442 to prevent infection in someone exposed to the virus. Merck also has applied for emergency use for its antiviral.

Another drug combination of two monoclonal antibodies, REGEN-COV from Regeneron, has long been available as an infusion but is now authorized as a four-shot sequence, which is easier to deliver.

Lilly, which also has an authorized two-monoclonal-antibody drug, says it can be used for prevention or treatment and that its protection lasts about three months.

The federal government is pre-buying the antiviral and monoclonal antibodies to provide at no cost within the United States.