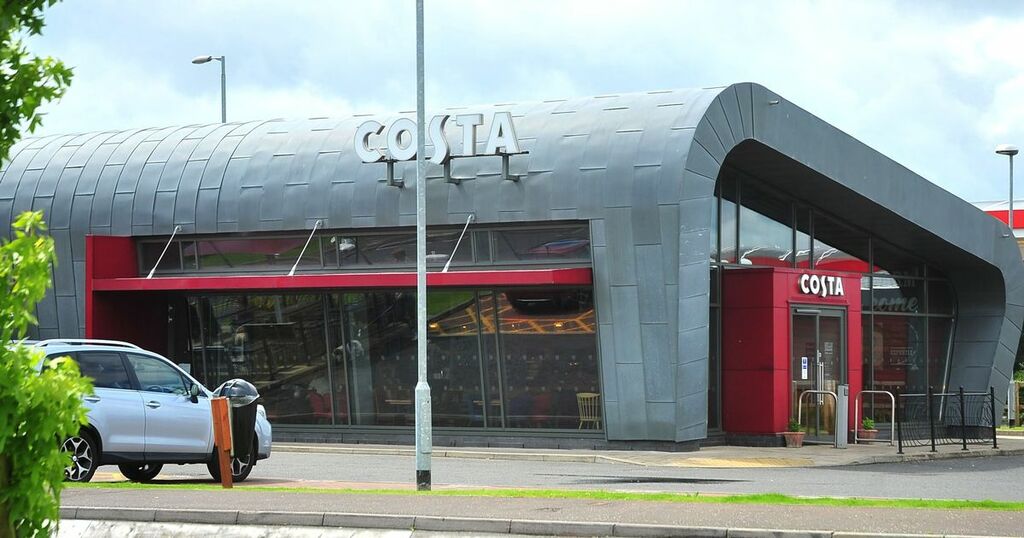 A new Costa drive-thru could be coming to Dumbarton – creating around 15 new jobs.

If approved by West Dunbartonshire Council, the development would be situated in Morrisons car park off Glasgow Road.

It would be the coffeehouse chain’s third premises in Dumbarton, alongside a cafe in the town centre and a drive-thru at Lomondgate.

Trilogy (Leamington Spa) Ltd, based in Bradford, have applied to the council to build a coffee shop, with drive-thru facility and associated signage.

It would be in a “under-utilised” northern part of the supermarket car park, which would see the loss of 40 spaces.

A planning statement reads: “The proposed drive-thru will be constructed to a high standard and incorporates a cafe seating area, serving and back of house areas, as well as an outdoor seating area.

“The site layout has been chosen due to it being an under-utilised area of the Morrisons car park. Overall, the proposals seek to revitalise the existing Morrisons cap park by offering more choice to customers and generating new employment opportunities through the provision of a new drive-thru coffee shop.”

It states that the drive-thru is expected to create around 15 full and part-time jobs, adding: “At a wider level, Costa’s operations have tangible economic benefits, including that they typically require £1million-plus of investment and pay five-figure sums annually in business rates.

“Both the construction of the unit itself and subsequent operations will provide local jobs whilst also providing a welcoming and safe facility for the local area.”