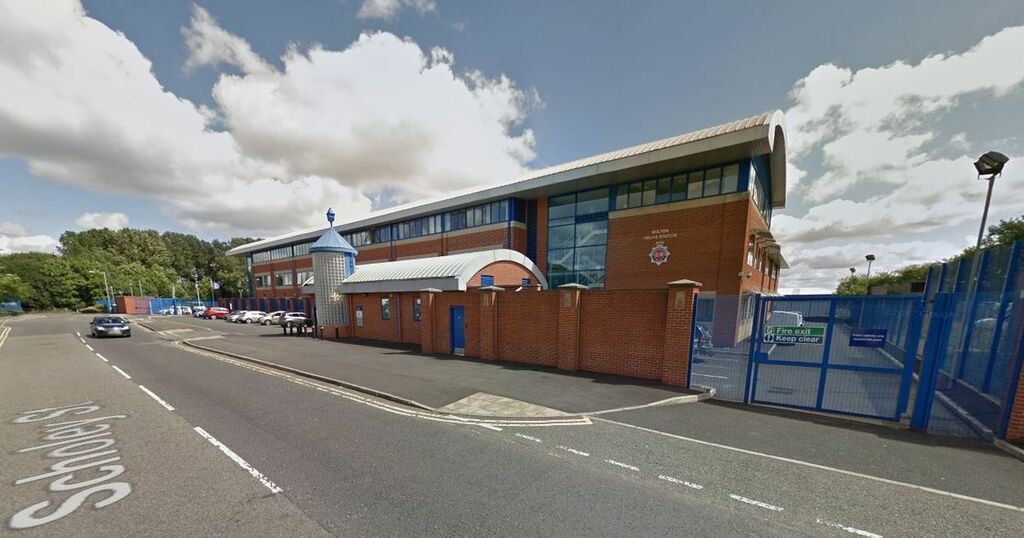 Prison cells at Bolton's central police station are to be fully reopened.

He said it was to 'support GMP's new focus on investigating crime, looking after victims, arresting offenders and protecting neighbourhoods'.

READ MORE: Dad dies after being found in his ex-girlfriend's back garden following a row

A programme of works is underway to return the Scholey Street centre to full-time use by early next year.

Meanwhile, the limited number of currently available cells at the police station will be used when capacity is needed.

Mr Watson said: "This move reflects our commitment to the Bolton community and everyone across Greater Manchester that we will do what's required to improve GMP's service to the public.

"This is an integral facility and its reopening forms part of a simplified approach to policing that people across Greater Manchester can expect to see more of.

"Quite simply, the changes we're making at pace across the force mean we will be catching more criminals and we need more space to lock them up.

"The reopening of Scholey Street's cells will provide time and efficiency savings by not having to transport prisoners to other boroughs.

"To support the process, our new prisoner processing units will make sure that the increased numbers of people arrested will be processed to face justice in the quickest possible time; thereby further freeing up capacity."

Chief Superintendent Stuart Ellison, head of the GMP's West Command area in including Bolton and Wigan, said: "I know that this news will be welcomed by the residents of Bolton as much as it has by our officers and staff in Bolton.

"Policing such a large borough with dedicated, local custody facilities will mean shorter transport times for our staff and for those detained, meaning we will be able to assess and process them more quickly without our officers having to leave the borough.

"Of the roughly 3,000 arrests Bolton officers made in the past year, 500 - or just over 16 per cent - were processed in Bolton. The remainder required double-crewed transporting to other sites. The reopening of Scholey Street will greatly benefit our borough by significantly reducing the need for those trips and returning those officers back onto our streets.

"We are currently working through the logistics to ensure a smooth return to using this facility 24/7. In the meantime, we are planning to make use of the Bolton Custody Suite at times of peak demand - benefitting Greater Manchester as a whole."