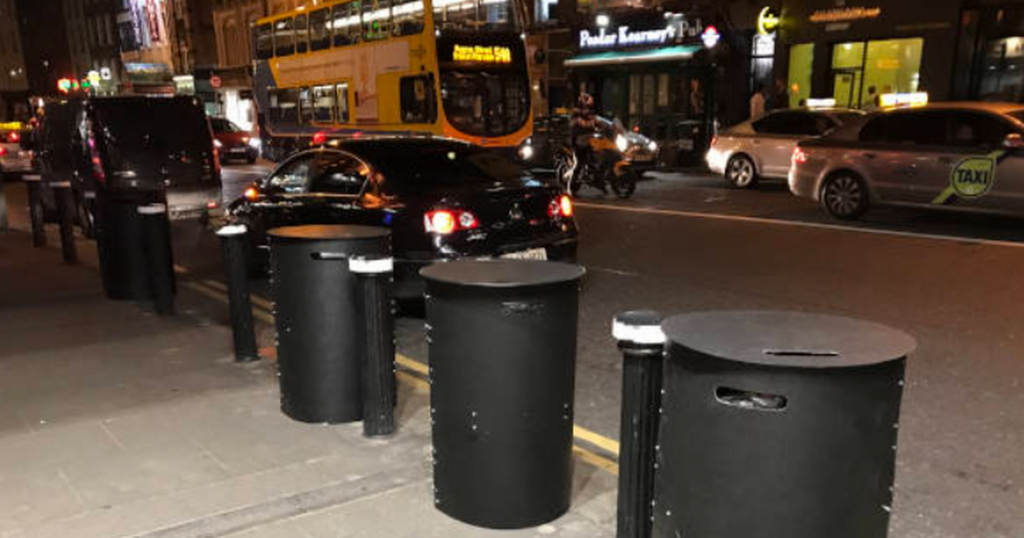 New bins have been launched in Dublin to tackle litter problems and ‘animal interference’.

On Tuesday, “Bagbins” were launched on Drury Street and Castle Market.

The collapsible waste container prevents binbags from being ripped open by animals such as seagulls and foxes.

The bins will be used in areas which lack space for wheelie bins.

Owenbridge Ltd was awarded a contract to trial its Bagbin in the city centre.

Managing director John Dunne said it will be a positive development for waste collectors.

He told the Irish Times: “Instead of having bags in multiple piles up and down the street, the Bagbins will hold several bags in one location.

"And each Bagbin is marked with the collector’s logo, they won’t have to root through a pile of bags to find the ones they need to pick up."

She said: “During that time it will move to different streets around the city so we can see how it works in different locations, and we can get feedback from people walking by and from the businesses and residents in the area.”

And it will "reduce the footprint in the public realm as piles of bags are replaced by lower numbers of bins.”

This comes after Dublin City Council advertised for “innovative solutions” to deal with litter on the streets last year.

Legislation from 2016 requires the use of bins instead of bags, but residents and businesses on over 1,000 Dublin streets were exempt because they couldn't store wheelie bins.

The Council hope to remove refuse sacks from the streets as they cause “significant litter problems” due to “mishandling or interference from vermin and animals".

The bins are cylindrical shaped, with a hinged lid and no bottom when collected.

Users place the bin on the ground and put their bags inside. The waste collector lifts the bin off.

The bin is made from polypropylene plastic and has a capacity of 270 litres.

They can hold several bags and can be used by multiple retailers, restaurants or other businesses.

They're even marked with the logo of the collector and users select the bin that matches their waste.

The bins fold flat to a thickness of 20mm and are stored on a lockable on-street post, which can accommodate ten bins when they're not in use.

Dublin City Council will be closely monitoring the performance of the Bagbins and a number of further units will be rolled out at various locations throughout the city.

More information can be found at bagbin.ie