A major upheaval is coming for Australia’s egg industry, even as the country grapples with an ongoing egg shortage.

Battery cage eggs and chickens are about to be banned nationwide following a review by the Independent Poultry Welfare Panel.

Farmers will have up to 15 years, depending on the age of their infrastructure, to get rid of their battery cages under the findings of the review commissioned in 2019 by the Department of Agriculture.

While it’s welcome news for animal welfare advocates, key members of the industry aren’t so happy, saying the adjustment will have a “huge impact” on egg availability.

Under the updated framework, all caged hens that share a cage with two or more other hens must each have 750 square centimetres of usable space.

Hens kept in their own space will be required to have a square metre of usable space each.

With four to seven hens crammed into each cage, many have less space each than an A4 piece of paper.

Under the new requirements, cage systems installed before the end of 2011 must meet the updated standards by July 1, 2032. Those installed later have until 2036 to be modernised.

The latest standards also require breeders to give ducks access to drinking and bathing water. Meat-chicken breeding hens must also be provided with “environmental enrichment”, such as perches, hay, or straw, objects to peck, and “dust-bathing materials”.

RSPCA Australia, which has campaigned against battery cages for more 40 years, hailed it as a historic move.

“This is a win for animal advocates and for the community, who have been calling for an end to these barren, wire cages for over 40 years,” CEO Richard Mussell said in a statement.

“But most importantly, it will eventually be a win for the millions of layer hens confined to battery cages.

“While this move can’t come soon enough, once implemented, it will bring Australia into line with over 75 per cent of OECD countries who have already moved to phase out battery cages.

Despite more than a decade to make the changes, Mr Mussell encouraged states to get a head start.

But two key egg industry figures are less than enthused about the changes, warning they will have a huge effect on supply and price.

Victorian Farmers Federation egg group president Brian Ahmed told the ABC that he was disappointed by the move, citing issues with food security.

“The phase-out of caged egg farming will have a huge impact on food security given the ubiquitous use of eggs,” he said.

“We believe that the current ‘three egg enterprise system’, which includes caged, barn and free-range, needs to be maintained.”

“Australian families would face less choice, a shortage of eggs and higher egg prices,” she said.

Ms Hashimoto said the move could “drive many egg farmers to the wall”.

“This is because bank loans can spread over 30 years for existing cages and equipment,” she said.

“Farmers now don’t have time to pay-off that debt before they must dump their cages.”

“Both affordability and supply will suffer if this rushed phase-out goes ahead,” CEO Tony Mahar said in a statement.

“The egg industry is already struggling with spiralling costs. We’re seeing these challenges manifest in egg shortages on supermarket shelves. Now the plan is to worsen this, by forcing farmers to discard cages that in many cases they’re still paying off.”

The enhanced welfare standards come amid an ongoing egg shortage across Australia.

The shortage shows no sign of easing, with a Coles spokesperson unable to confirm how long the purchase limit would be in place. Suppliers were continuing to be monitored, they said.

Customers have also reported difficulty buying eggs at Woolworths, but the supermarket giant is yet to introduce purchase limits.

A Woolworths spokesperson told news.com.au that many farms had reduced egg production during the pandemic because of reduced demand from restaurants and cafes.

“While we continue to deliver eggs to our stores regularly, customers may notice reduced availability at the moment and we thank them for their patience and understanding,” they said.

“We’re in close contact with our suppliers and are working to increase the availability of eggs in stores as soon as possible.” 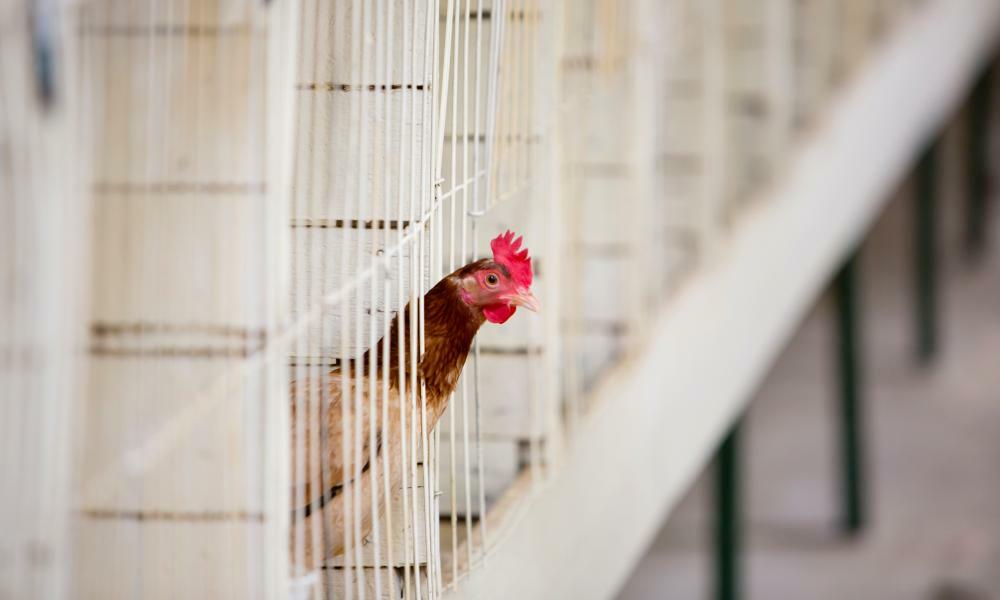 Battery-farmed eggs to be phased out by 2036 as Australian animal welfare reforms are brought in
New guidelines requiring more space for laying hens and bathing water for ducks welcomed by animal rights groups, but slow…

The Guardian - AU
From analysis to the latest developments in health, read the most diverse news in one place.
Hurry The Buk Buk Buk Up: Australia Will Phase Out Battery-Farmed Eggs But Not Until 2036

What the buk is taking so long?

MORNING BRIEFING: Taxpayers should be told how much was paid to keep the rugby league grand final in Sydney, the…

ABC News
One place to find news on any topic, from hundreds of sites.
UK has more than 1,000 livestock mega-farms, investigation reveals

The Guardian - AU
Brittany Higgins told police Bruce Lehrmann ‘made a pass’ at her weeks before alleged rape, court hears
Jurors shown 2021 police interviews with Higgins who says she rebuffed Lehrmann’s advances ‘mostly out of shock’ before alleged 2019…
Our picks