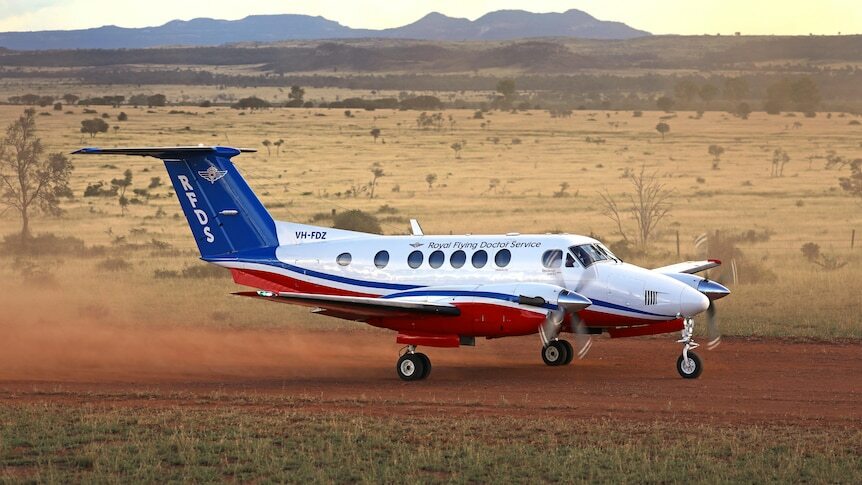 The Royal Flying Doctors Service in Mount Isa has welcomed the news it will receive $9.7 million in funding for a new aeromedical base at the airport.

"It's absolutely critical for us, we deliver a whole range of services from that base," said the organisation's chief executive, Meredith Staib.

While there is still more to be raised of the total $12.9 million to complete the build, the funding will allow for the commencement of works.

Ms Staib expects the build to support around 43 full-time jobs, and that it could be completed in as early as 18 months.

"We'll be looking to be engaging as much as we can and the employment to come from the local community," said Ms Staib.

"We're looking to expand our services there in the region with an additional base, so hopefully with that will bring additional jobs as well, which will be great," said Ms Staib.

A fourth hangar will be built, and the new base will also have facilities for maintenance and patient transfer, as well as facilities for clinical staff.

Ms Staib said the small patient-transfer facility was a key part of the upgrade and offers patients an air-conditioned waiting area out of the weather, where previously patients waited on the tarmac.

Ebony Robinson had the 'frightening' and 'stressful' experience of multiple retrievals from Burketown, 425 kilometres north of Mount Isa in the gulf, with her newborn who was born with a cardiac condition.

At this stage, no additional aircraft will be purchased to fill the extra hangar, however Ms Staib said it provides the opportunity for growth in the future.

A report by the Royal Flying Doctors Service (RFDS) in 2018, it noted chronic disease is on the rise in Australia and observed that infrastructure was required to keep up with the demand on the service.

Poor access to health services, and greater occupational risks associated to farming, mining and transport were observed to contribute to chronic disease burden in remote and rural areas.

In a tiny town of under 200 people, 300 kilometres north of Mount Isa and with no mains electricity, the Flying Doctors are a "lifeline" says Gregory Station owner Tess Arnold.

"We've had people living out here with diseases such as cystic fibrosis and that sort of thing that have been able to live here and live their dream life because of the RFDS," said Ms Arnold.

Kath Forrester who has worked at the Gregory Downs Hotel since January, said she has used the service twice for car accidents on the highway and once while mustering.

"We were out mustering a couple of months ago and one of the young fellows had a shoulder injury from mustering out in the bush," said Ms Forrester.

"They actually landed the plane at the station and were there within an hour which is quite incredible."

It takes a community to build a base

Mount Isa has homed the base for almost sixty years, but it was originally located in Cloncurry and was the very first on the continent.

Tess and some of the Gregory community service the remote clinic facility and its generator, which the flying doctors visit fortnightly to see people for general ailments.

"The CWA (Queensland Country Women's Association), the Race Club and the sports association have all donated this year," said Ms Arnold.

"Anything that can support health services in our remote regions, keep families and our elderly as well in our district, can only be good."

"We wouldn't be here without it, so why wouldn't we support it?"