New Bank of Korea Governor Rhee Chang-yong is turning out to be more outspoken than his predecessor as he shows a willingness to leverage his position to stimulate debate on economic challenges ranging from inflation to demographics.

Rhee made clear ahead of his first policy meeting this week that he will press for higher interest rates to rein in prices, like most of his global peers.

But in the longer run, the self-described “dove” says he’s ready to support economic growth to avoid the pitfalls associated with developed nations that struggle with low birth rates, a factor that could eventually limit his appetite for pushing rates ever higher.

In meetings with lawmakers and journalists, the former Asia-Pacific director at the International Monetary Fund has ventured into fields traditionally beyond the realm of central banks, leaving the impression that he intends to take on a much wider remit than his predecessor Lee Ju-yeol.

Perhaps reflecting his background at the Washington-based fund, Rhee has also pledged closer coordination with the government, even at the risk of raising questions about independence.

He’s also voiced support for lowering market barriers to benefit consumers, touching on Uber Technologies Inc., a ride-sharing app banned in South Korea several years ago. Among other comments, Rhee has warned of debt bubbles and an aging population at the heart of the country’s chronic economic woes.

“BOK governors rarely roam so expansively,” said Roh Hyun-woo, a strategist at Hanwha Asset Management. “He’s looking further afield and is likely to bring up issues more actively as he leads the board from the front.”

Rhee was inaugurated last month after winning bipartisan endorsement at a short parliamentary hearing. He began his four-year tenure shortly before newly inaugurated President Yoon Suk Yeol, who has pledged to make economic growth a centerpiece of his agenda. Yoon, a former prosecutor, took office on May 10.

The two new leaders met on May 13 for the first time since the election to discuss the economy, joined by Finance Minister Choo Kyung-ho.

Rhee has called on BOK officials to be more aggressive in presenting their research to the public, and evinced enthusiasm for huddling with the Finance Ministry so routinely that such occasions “would no longer make headlines.”

In contrast, his predecessor Lee rarely met with then-Finance Minister Hong Nam-ki, even though the need to do so increased during the pandemic. Before the virus gripped the economy, Lee also prided himself on his ambiguity.

“If I’m keeping you confused, I must be doing my job right,” he once said.

In his final months as governor, Lee likened monetary policy to an aircraft carrier as he mused on the difficulty of altering course once it had been set.

Drawing on a similar metaphor, Rhee described the economy as a boat and said the central bank had an obligation to offer its counsel on the right direction, for “even a one degree difference can lead it to the wrong destination.”

But he also acknowledged there are potential concerns about a central bank chief weighing in on too many issues, addressing the topic in his meeting with reporters at the BOK on April 25.

“I don’t mean the BOK should meddle in short-term matters when I say the BOK should make its voice heard,” he said. “For the BOK there is the greater mission of bringing stability to the people’s economy.” 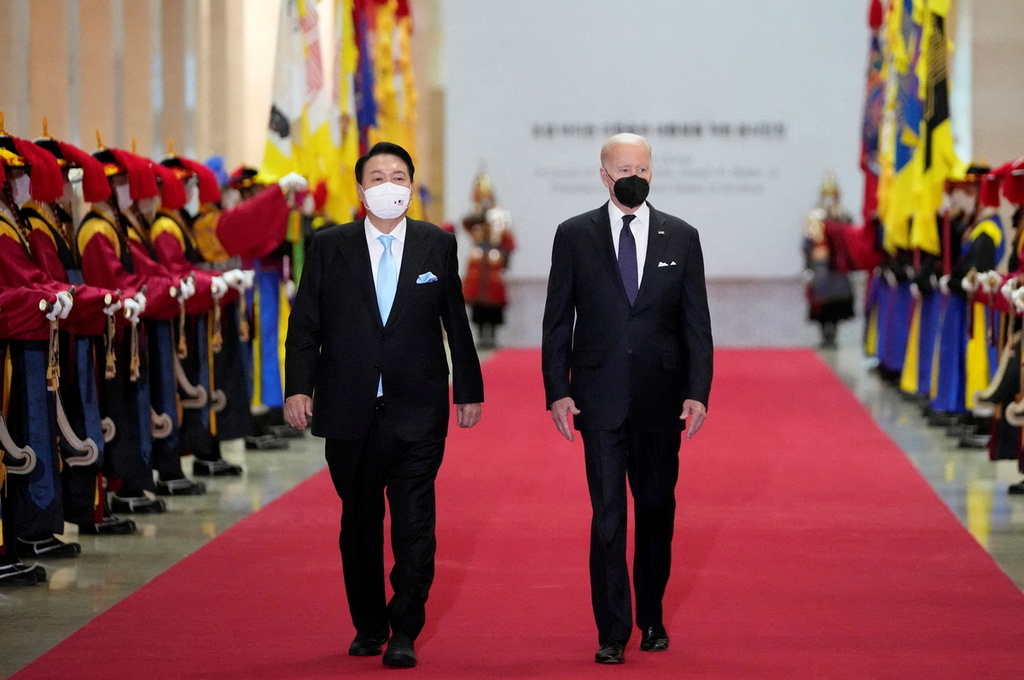 Reuters
One subscription that gives you access to news from hundreds of sites
Stocks rise after Biden China comments, dollar drops

Stocks and the yuan advanced after President Joe Biden said China tariffs imposed by the Trump administration were under consideration.…

Yoon Suk-yeol has pledged to enact policies that give companies more room to operate free from excessive regulation.