Nevada man, 61, arrested and removed from American Airlines flight for yelling at another passenger 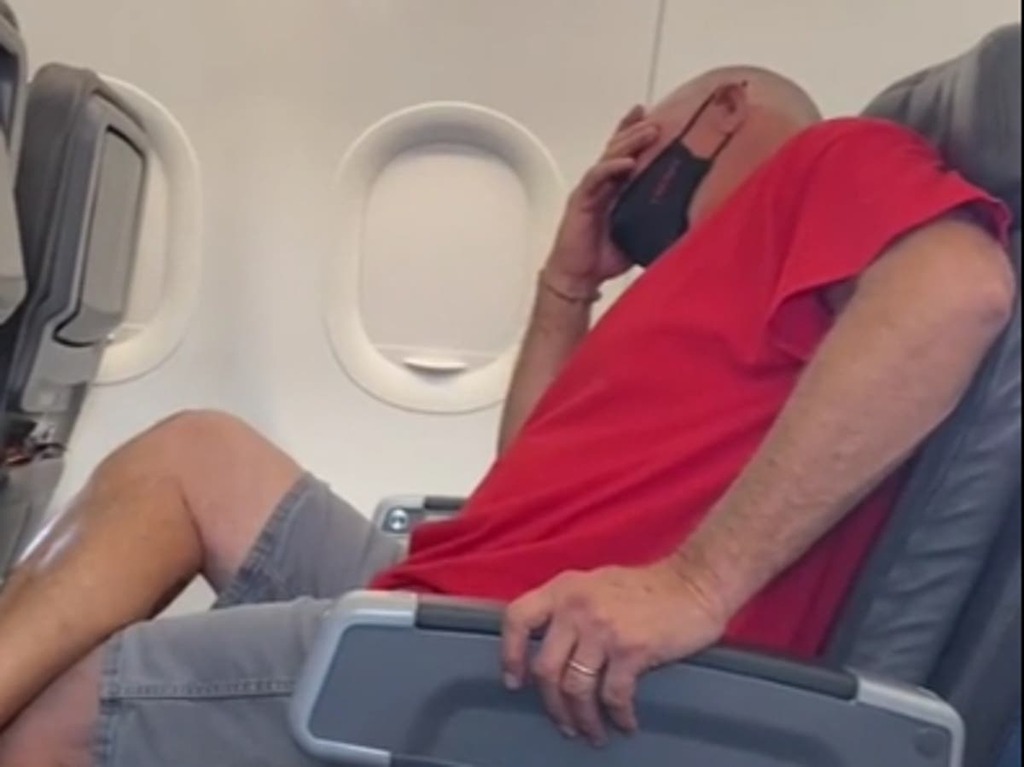 A 61-year-old man from Nevada was arrested and removed from an American Airlines flight after he yelled at another passenger and the flight crew, video footage shows.

The passenger, who police said was intoxicated, reportedly started to yell at another passenger, who was standing, to sit down on the flight from Los Angeles on Monday.

Dennis Busch, a resident of Salt Lake City, told the Salt Lake Tribune: “He was just yelling that they don’t belong here, and asserting that that was not her seat, but it was – she was there the whole time.”

“After that, the flight attendants had that couple move back,” said Mr Busch, who described the woman and her companion as being of Asian descent.

That was when he started filming the man doing “all sorts of stuff”, including making sounds and playing with his mask, as well as getting out of his seat and arguing with a pilot.

“Then he was getting out of his seat, despite them, you know, repeatedly asking him to remain seated,” said Mr Busch, who said the cabin crew did the best they could to deal with the situation.

“Each time he stood up, people were on the edge of their seat,” Mr Busch added.

The flight ultimately landed safely in Salt Lake City, where the passenger was arrested and removed from the flight.

Police said he was taken to a hospital in Salt Lake City, and was issued with a criminal citation for Public Intoxication and Disorderly Conduct.

It follows a number of incidents on flights in the US in recent months, and a warning from the Federal Aviation Authority of a rising number of unruly passengers on board flights.

“We thank our crew for their professionalism and our customers for their understanding.”