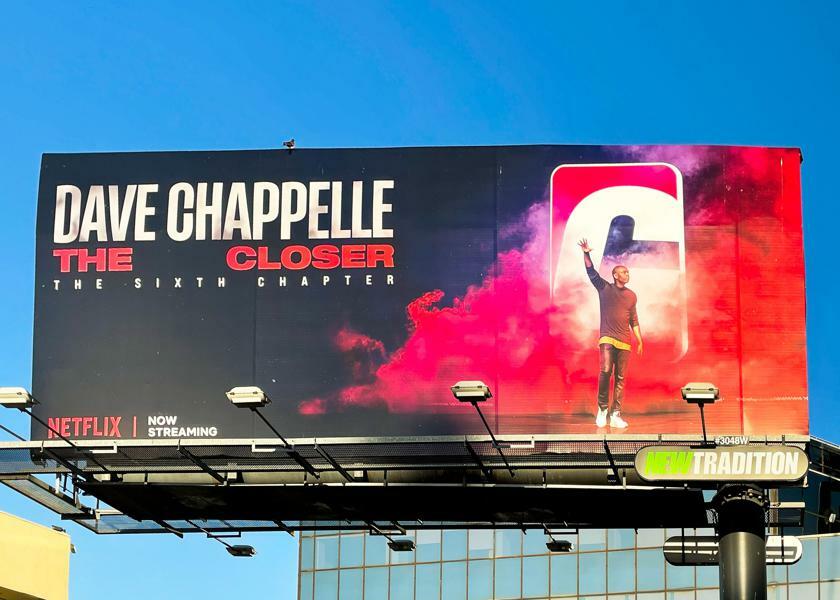 Netflix has reportedly suspended three employees who crashed a virtual executives meeting in the wake of controversy surrounding Dave Chappelle’s recent comedy special The Closer, which has been criticized for transphobia, according to a Monday report by Variety.

In The Closer — ranked the third most popular program on Netflix in the U.S. as of Monday afternoon — Chappelle makes a number of comments that have been condemned for going “too far” as one reviewer put it, for instance when he “compares the genitalia of trans women to vegetarian substitutes for meat products.”

Variety reported Monday one of the three employees suspended was senior software engineer Terra Field, who identifies as trans and whose extensive Twitter thread responding to the special went viral last week.

Sources told the magazine that Field was suspended because she and the other two unidentified employees showed up at a meeting with top executives uninvited, not because of her comments on Twitter in which she objected to the harmful effects of such content on trans people, and Black trans women in particular.

Netflix did not respond to a request for comment from Forbes, while Field tweeted “Oh god is this all happening on #NationalComingOutDay?” apparently in reference to the news.

According to Variety the memo was sent after the company’s two-day quarterly business review meeting, during which Sarandos “offered guidance” on how to deal with those speaking out against Chappelle; Netflix declined Variety’s request for comment.

Chappelle’s comments in The Closer were roundly criticized by advocacy groups including GLAAD, the Human Rights Campaign and the National Black Justice Coalition. Jaclyn Moore, a showrunner on Netflix’s series Dear White People, announced that she was boycotting the streaming behemoth, saying she wouldn’t work for them “as long as they keep promoting and profiting from dangerous transphobic content.” Chapelle has been quoted as saying he has “never had a problem with trans people,” but during the special the comedian did embrace the term “TERF” — which stands for “trans-exclusionary radical feminist” and represents an ideology that does not recognize trans women as women. He was defended recently by the family of the late trans comedian Daphne Dorman, a friend of Chappelle’s who died by suicide in 2019. Dorman’s younger sister described Chappelle as “an LGBTQ ally” to The Daily Beast, adding that the family was not offended by his jokes.

In her Twitter thread, Field explained why she found his comments in The Closer so problematic: “Promoting TERF ideology (which is what we did by giving it a platform yesterday) directly harms trans people, it is not some neutral act. This is not an argument with two sides. It is an argument with trans people who want to be alive and people who don’t want us to be.”

It’s not the first time a Netflix special of Chappelle’s has been denounced for containing incendiary material including jokes aimed at trans people: his 2019 show Sticks & Stones and 2017 special Equanimity were both criticized upon their release.