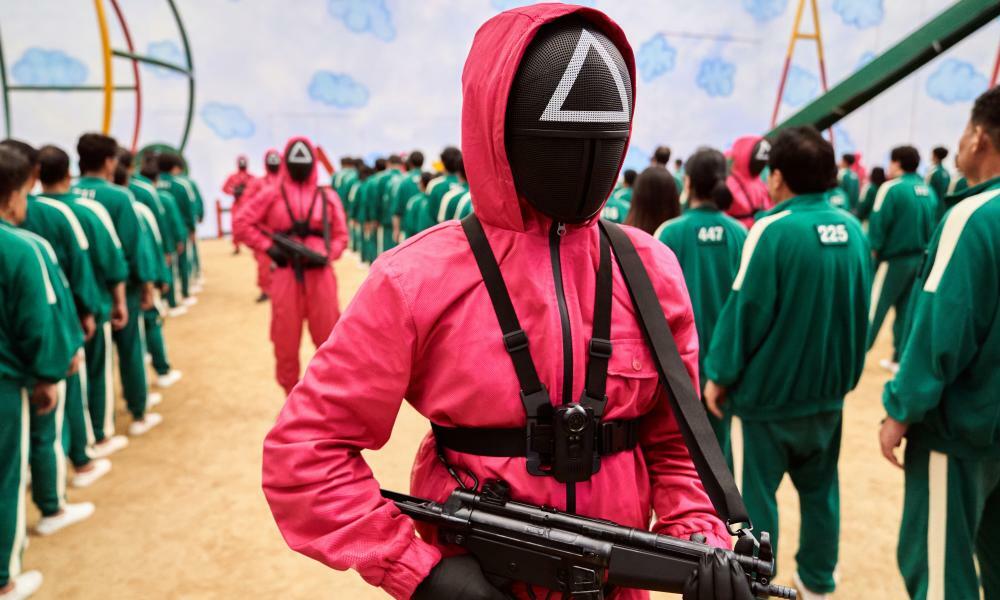 Netflix has edited out a phone number that appears in its hit series Squid Game after a South Korean woman and others who use similar combinations were deluged with calls – with some callers even asking to join the show’s life-or-death games.

The South Korea-made production has topped Netflix popularity charts in 90 countries since its launch last month and is on track to become its most watched series ever.

The nine-episode drama, which addresses widening economic inequality, involves hundreds of cash-strapped people competing in children’s games to win the final reward of 45.6bn Korean won (£28m), with the losers killed in uncompromising and violent ways.

To take part, contestants have to call a number on a business card printed with symbols. But while film and television makers usually use fake numbers in such circumstances, adding 010 – the standard prefix for South Korean mobiles – to the eight digits on the card generated a real phone number.

It belongs to a South Korean woman who said she received thousands of calls and text messages to her phone “to the point that it’s hard for me to go on with daily life”.

“This is a number that I’ve been using for more than 10 years, so I’m quite taken aback. There are more than 4,000 numbers that I’ve had to delete from my phone,” the businesswoman told the South Korean newspaper Money Today.

“At first I didn’t know why, but my friend told me that my number came out in Squid Game and that’s when I realised,” she said, adding that some pranksters asked in the dead of night “to join Squid Game“ before hanging up.

In a statement, Netflix asked fans to refrain from prank calls and messages. “Together with the production company, we are working to resolve this matter, including editing scenes with phone numbers where necessary,” the company said.

The woman said it was impossible for her to change her number due to client contacts. She is reported to have rejected compensation offers of up to 5m won, though Netflix has not commented on the compensation claims.

The South Korean presidential candidate Huh Kyung-young made headlines last week when he offered 100m won on Facebook to buy the phone number.

But by Thursday the eight-digit number that appears in the first two episodes had been replaced with a six-digit version. When called, an automated response said: “The number you have dialled is not available.”