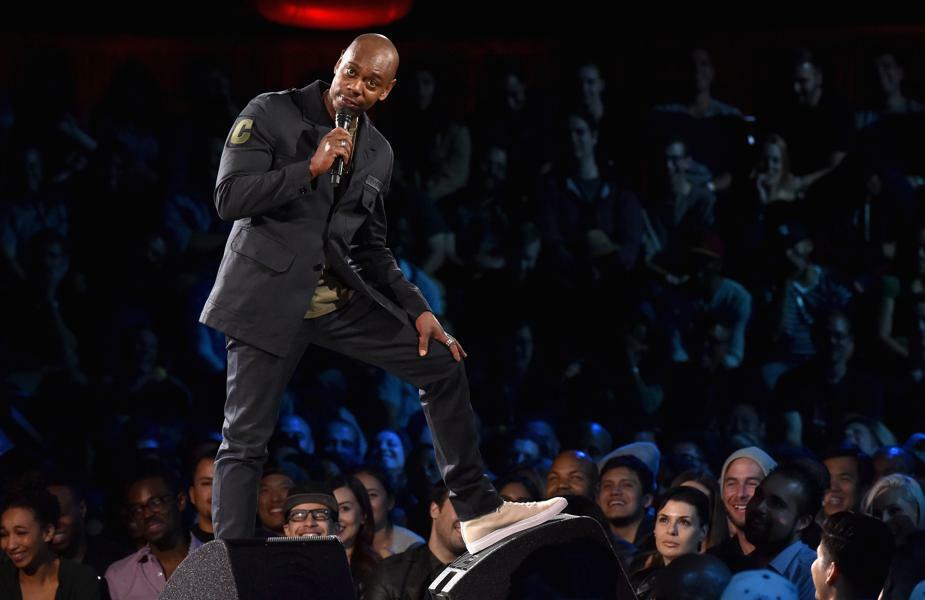 Netflix Co-CEO, Ted Sarandos, has defended Dave Chappelle’s new comedy special The Closer after the backlash that the content is anti-LGBTQ.

Sarandos sent out an internal memo addressing staff members about the decision standing to not withdraw the content from the Netflix library. Some internal strife was caused as a result when three employees - including Terra Field, who identifies as trans - attempted to break into the company’s quarterly business review (QBR) in protest of the decision, ultimately ending in their suspension.

In his special, the comedian made jokes about several groups including the trans community whilst telling the story of his friend and comedian Daphne Dorman, a trans person that had opened for him in the past, who committed suicide in 2019.

Chappelle made several controversial statements including a part on the absurdity of cancelling Harry Potter scribe J.K. Rowling. “Effectually she said gender was a fact. He said in the special. “The trans community got mad as shit, they started calling her a TERF (trans-exclusionary radical feminist)…I’m Team TERF.”

Sarandos’ memo was clear in punctuating specifically where Netflix draws the line on hate. “We don’t allow titles Netflix that are designed to incite hate or violence, and we don’t believe The Closer crosses that line.”

Below is the full memo from Sarandos to Netflix employees:

I wanted to follow up on “The Closer” — Dave Chappelle’s latest special — as several of you have reached out following QBR asking what to say to your teams. It never feels good when people are hurting, especially our colleagues, so I wanted to give you some additional context. You should also be aware that some talent may join third parties in asking us to remove the show in the coming days, which we are not going to do.

Chappelle is one of the most popular stand-up comedians today, and we have a long-standing deal with him. His last special “Sticks & Stones,” also controversial, is our most-watched., stickiest and most award-winning stand-up special to date. As with our other talent, we work hard to support their creative freedom – even though this means there will always be content on Netflix some people believe is harmful, like “Cuties,” “365 Days,” “13 Reasons Why” or “My Unorthodox Life.”

Several of you have also asked where we draw the line on hate. We don’t allow Netflix titles that are designed to incite hate or violence, and we don’t believe The Closer crosses that line. I recognize, however, that distinguishing between commentary and harm is hard, especially with stand-up comedy which exists to push boundaries. Some people find the art of stand-up to be mean-spirited but our members enjoy it, and it’s an important part of our content offering.

In terms of our commitment to inclusion, we’re working hard to ensure more people see their lives reflected on screen and that under-represented communities are not defined by the singe story. So we’re proud of titles like “Sex Education,” “Young Royals,” “Control Z” and “Disclosure.” Externally, particularly in stand-up comedy, artistic freedom is obviously a very different standard of speech than we allow internally as the goals are different: entertaining people versus maintaining a respectful, productive workplace.

Today’s conversation on Entertain the World was timely. These are hard and uncomfortable issues. We all bring different values and perspectives so thank you for being part of the conversation as it’s important we’re clear about our operating principals.

One of the three employees attempting to break into the QBR late last week was senior software engineer Terra Field, an out trans person who has outwardly protested the special verbally, physically and through social media in an ongoing thread.

GLAAD, an organisation founded to push back against defamatory coverage of the LGBTQ community also disagreed with the memo in an open statement.

“Netflix has a policy that content ‘designed to incite hate or violence’ is not allowed on the platform, but we all know that anti-LGBTQ content does exactly that,”

“While Netflix is home to groundbreaking LGBTQ stories, now is the time for Netflix execs to listen to LGBTQ employees, industry leaders, and audiences and commit to living up to their own standards.”

The family of Daphne Dorman has also spoken out in response to The Closer and the offence caused.

In a text to the Daily Beast, Dorman’s sister Becky communicated that the family was not hurt by the comedian’s words.

“Daphne was in awe of Dave’s graciousness. She did not find his jokes rude, crude, off-coloring, off-putting, anything. She thought his jokes were funny. Daphne understood humor and comedy—she was not offended. Why would her family be offended?”

The dichotomy of stand-up

The question of where the line is drawn with stand-up comedy is often openly contemplated. Artistic freedom very clearly has a completely different line in the medium.

Our most popular stand-up comedians by viewership and fame have made inflammatory remarks across a gambit of protected characteristics including ethnicity, race, religion, professions, disabilities, suicide, children, murder, rape and sexuality.

Ricky Gervais, Bill Burr, Jimmy Carr, Eddie Murphy, Louis C.K., Joe Rogan and George Carlin are just some of the names that have made jokes that in the past sparked widespread condemnation.

The question of what is “designed to incite hate or violence” - in reference to the Netflix policy - is a hard answer as belittling or making less of a community could be argued as a precursor to targeted acts, especially if the message is absorbed into the societal zeitgeist.

Does it negate the intent, or design, of a comedian’s joke if the end product of a planned segment is targeted ridicule leading to perceived or direct hate towards a specific community? Can a comedian even control this?

One of the best things about comedy is that an individual can lace informed and intelligent commentary on society through jokes to allow a different level of understanding for an audience. But in many situations this same gift can seemingly be used crudely and perhaps with ill intent.