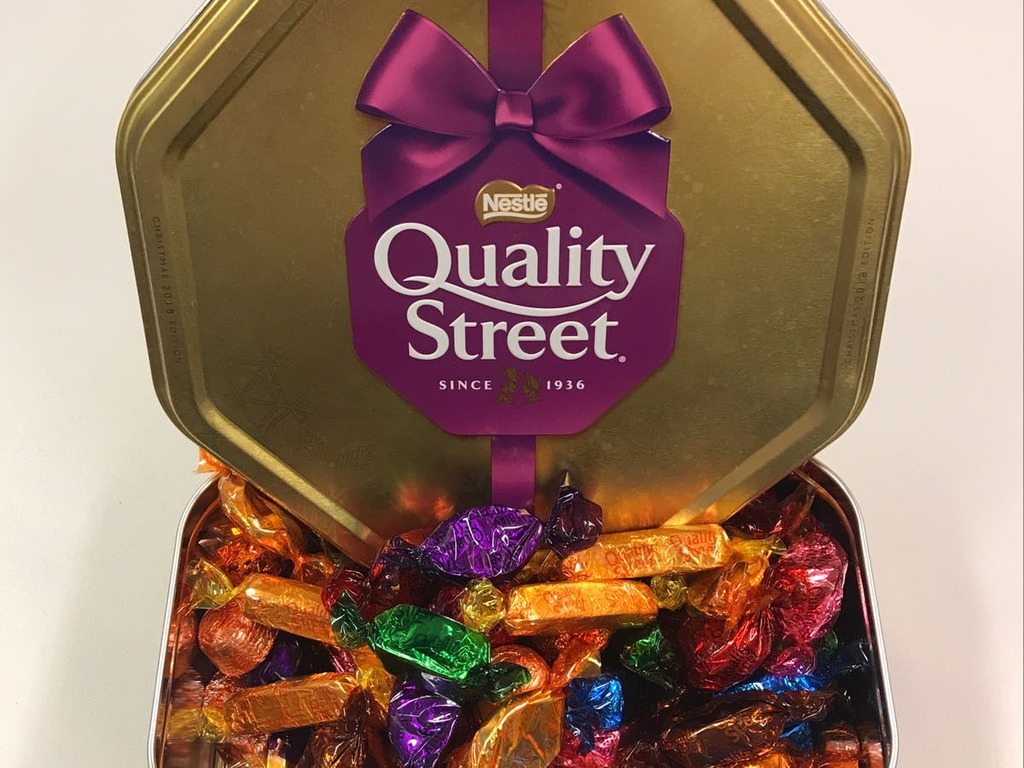 Nestle has become the latest victim of the supply chain crisis, with the company saying it is “working hard” to ensure Quality Street boxes will be available this Christmas.

The maker of Lion bars and Kit Kats has been hit by the ongoing chronic HGV driver shortage, which has led to empty shelves in supermarkets and fuel shortages at forecourts.

Mark Schneider, the chief executive of Nestle, said the company is working hard to guarantee that its most popular Christmas treats would be available for Britons this winter.

“Like other businesses, we are seeing some labour shortages and some transportation issues but it’s our UK team’s top priority to work constructively with retailers to supply them,” Mr Schneider told the BBC.

When asked if he could guarantee that boxes of Quality Street would be in the shops this December, he said: “We are working hard.”

The announcement comes after HGV drivers told The Independent that the Christmas period will bring the worst of the shortages due to demand.

“Christmas is going to be the biggest problem because people will be bulk buying their food for family dinners and then you’ve also got the likes of Amazon and big online retailers that will be moving a lot more than they’re moving now,” said driver Jason Garland.

The boss of Tesco, Ken Murphy, said on Wednesday that shoppers are buying frozen turkeys weeks early to try to avoid any supply issues.

The supermarket giant said it was confident of good product availability for Christmas but there could still be “bumps in the road” amid supply chain challenges affecting the sector.

The government’s recent visa scheme to bring 5,000 foreign lorry drivers into the UK to solve the shortage crisis was met with criticism as the scheme was set to end on Christmas Eve, sparking questions around the number of drivers who will be interested in filling vacancies.

Meanwhile, Boris Johnson recently confirmed that just 127 of the 300 visas for tanker drivers to come to the UK immediately had been granted, adding: “What that shows is the global shortage.”

Mr Johnson continued: “The supply chain problem is caused very largely by the strength of the economic recovery.”

Health secretary Sajid Javid told Sky News on the issue of HGV driver vacancies: “Of course there is competition for drivers – that’s taking place throughout Europe – but it is important that we try to do what we can.

“I am confident with the temporary visa changes that have been announced we will get more drivers.”