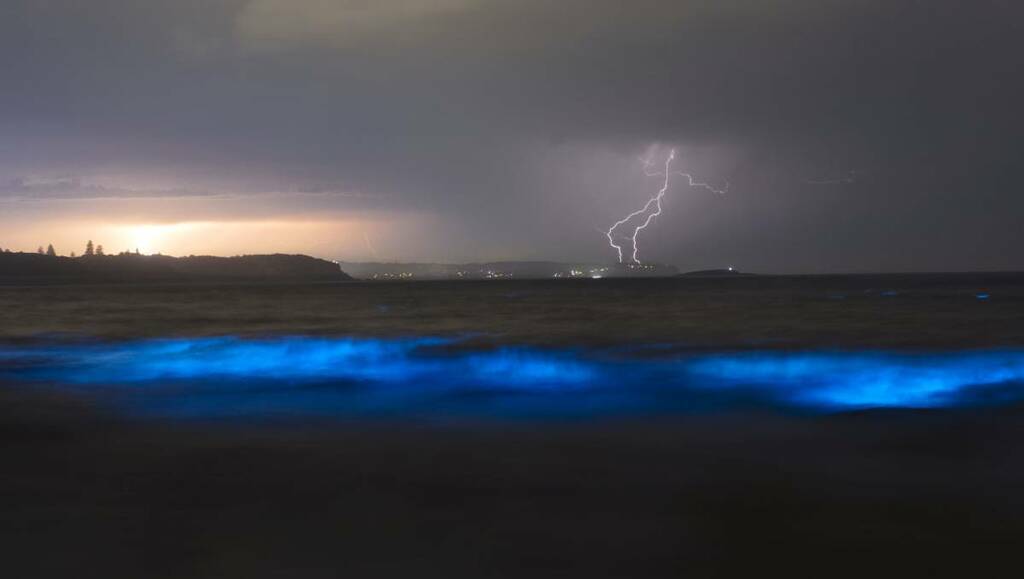 Capturing bioluminescence in person and on camera was high on the bucket list of Newcastle photographer David Diehm.

This phenomenon, which causes a neon-blue glow in the ocean, has fascinated David for years.

He took this photo last month, having read a Facebook post about bioluminescence being spotted at Caves Beach.

As well as knowing it was around, seeing the electric-blue light came down to luck - being in the right place at the right time.

"It's just incredible to witness in person. I have seen many videos and pictures, but to see these waves light up a neon blue out of the darkness is very surreal," he said.

He saw the phenomenon between Caves Beach and Spoon Rocks.

Before then, he hadn't heard of bioluminescence occurring in the Hunter and "certainly not regularly".

After he saw it, he went back the next night and it was gone.

Around the same time, there were numerous sightings on Sydney and Central Coast beaches, too.

"From what I have read and understand, the bioluminescent bloom is algae (noctiluca scintillans) which floats on water."

David said wind and currents move the blooms around.

"Under persistent winds, usually an easterly or north easterly - depending on the beach direction - it will be blown in towards shore," he said.

"The algae obtains its energy from the sunshine. When it is agitated or disturbed by wave action, it lights up a neon blue."

Bioluminescence was once considered a mysterious phenomenon that sailors and coastal residents dubbed "sea fire" and "sea twinkle".

It involves the transformation of chemical energy into light energy. The reaction occurs between luciferase and luciferin [sounds devilish]. The luciferin emits photons.

While the electric-blue algal blooms are beautiful, they can also be toxic. They cause "red tides" in the day.

They're caused by dinoflagellates [phytoplankton] multiplying. Nutrients must be present in the ocean for this growth to occur. This can be caused by pollution from sewage and agricultural runoff.

So all that blue beauty could actually be caused by pollution. That's enough to give us the blues.

A bunch of kids on the hill weren't too worried about watching the end of the Jets-Mariners match on Sunday.

In the closing moments of the game in the pouring rain, the kids played slip and slide [as you can see from this photo].